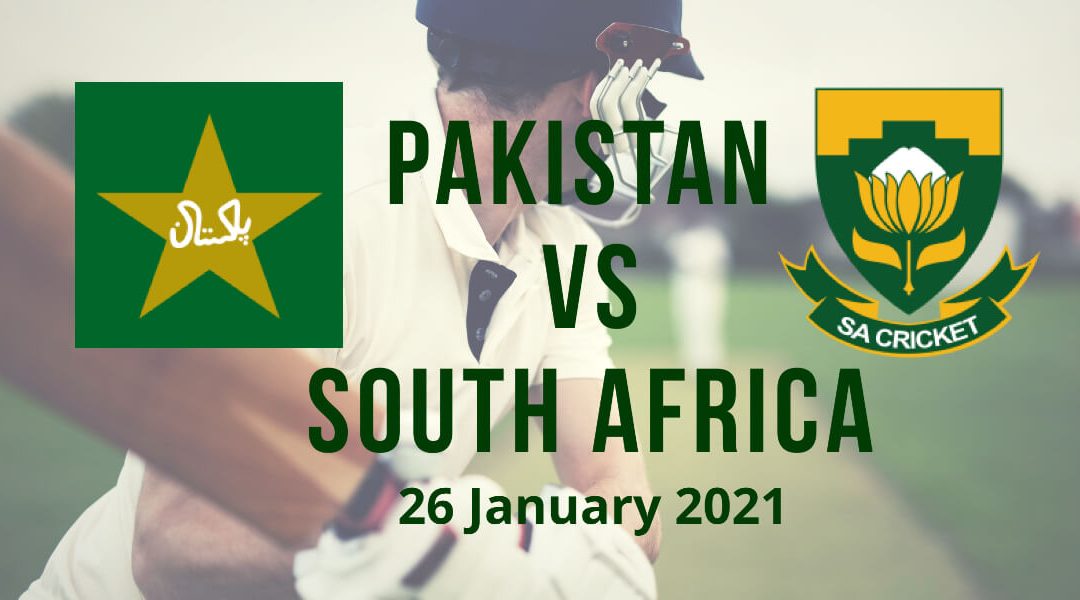 Host Pakistan will be looking to get back to winning ways when they lock horns with South Africa in the Test series' opening game at National Cricket Stadium in Karachi on Tuesday.

For Pakistan, Babar Azam has fully recovered from a thumb injury and will lead the side for the two-match Test series. Selectors have decided to bring in more youngsters for this series. Nauman Ali, Kamran Ghulam, Saud Shakeel, Sajid Khan and Salman Ali Agha are uncapped players picked for the home series.

On the other hand, South Africa have named their full-strength squad for the two-match Test series. Ottniel Baartman was ruled out of the Test series as Marco Jansen was named as a last-minute replacement.

It's an early one if you're watching in the UK as the match begins at 05:00 and the entire match is available on Sky Sports Mix

For Pakistan, the side might be looking to field their best combination for this game, with Shan Masood dropped from the Test squad for this series.

The team management will bring in uncapped batsman Imran Butt for this opening Test against South Africa.

The big positive for Pakistan is Azhar Ali finding form with the bat on New Zealand tour. The 35-year old will be determined to put in big scores for the side in this Karachi Test.

Pakistan's premier batsman, Babar Azam, will be looking to lead from the front and turn things around for the green shirts in this home series. Since November 2019, Babar Azam has topped the batting charts for Pakistan in Test cricket. The 26-year old has accumulated 810 runs in 8 Test matches at an average of 81.00 with four centuries and four half-centuries to his name.

Saud Shakeel, Mohammad Rizwan and Fawad Alam will make up the middle-order for Pakistan for this opening Test.

Pacer Hasan Ali has earned his comeback into the national side on the back of strong performances in the Quaid-e-Azam Trophy competition. Due to Karachi's seamer-friendly pitch, Hasan Ali might be included in the final XI for this opening test.

In the bowling department, the side will rely on Shaheen Shah Afridi, Hasan Ali and Haris Rauf to make crucial breakthroughs. Leg-spinner Yasir Shah will be the lone spin option for this contest.

On the other hand, South Africa will be hoping that players can shine on their first trip to Pakistan. Wicket-keeper batsman Quinton de Kock will lead the Test side for this series.

Aiden Markram, Temba Bavuma and Rassie van der Dussen are promising players looking to make an impression with the bat in this Test series.

In the batting department, the side will be relying on the in-form opener Dean Elgar, Faf du Plessis and Quinton de Kock to deliver the bulk of the runs.

Opener Dean Elgar will be looking to deliver runs for the side at the top of the innings. Since November 2019, Elgar scored 497 runs at an average of 49.70 with one century and two half-centuries to his name.

All-rounder Wiann Mulder will be looking to make an impact with bat and ball on his tour of Pakistan.

In the bowling department, the side will be relying on the new-ball pair of Kagiso Rabada and Anrich Nortje to pick up wickets with the new-ball. Keshav Maharaj and Tabraiz Shamsi will be prominent spin options for Sri Lanka.

Given the subcontinent conditions, Pakistan will be favourites to win the opening Test against South Africa. The home side is well aware of how to win a Test match in these conditions.
On the other hand, South Africa will need to bat exceedingly well to push Pakistan in this contest.