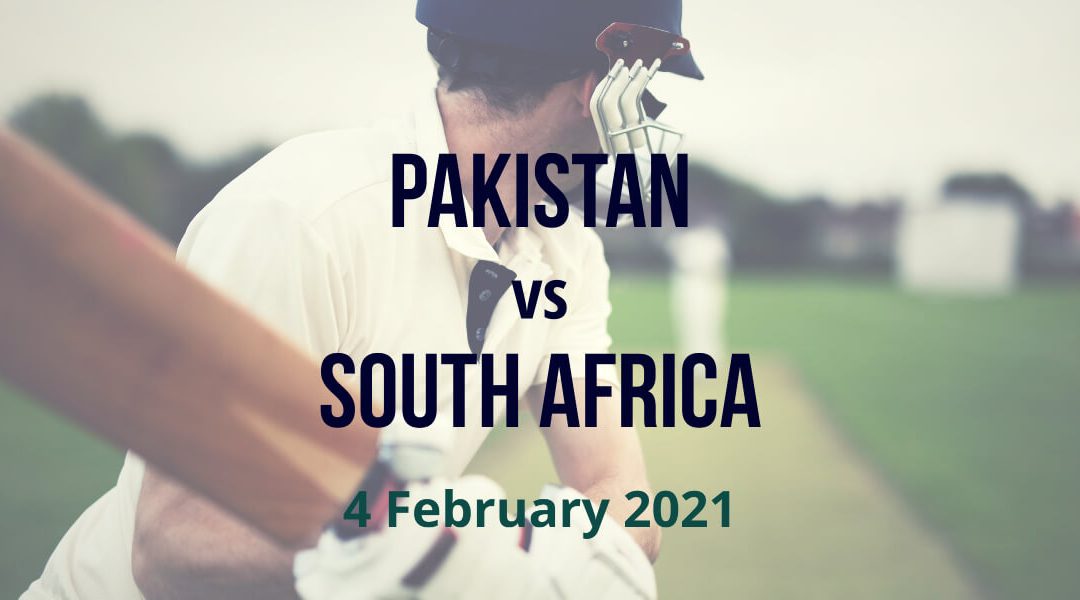 Hosts Pakistan will be determined to complete a whitewash in the Test series when they take on South Africa in the second and final game at Rawalpindi Cricket Stadium on Thursday.

In the opening Test, Pakistan registered a comfortable seven-wicket win over South Africa, courtesy brilliant performances from Fawad Alam, Nauman Ali and Yasir Shah. With this result, Pakistan have taken 1-0 lead in the two-match series. Captain Babar Azam will be hoping that the side can guard against complacency and deliver their best cricket in series finale.

On the other hand, South Africa will have to come with better plans in terms of how to play Pakistani spinners. Captain Quinton de Kock will need to lead from the front and find form with the bat in this contest.

The match begins at 05:00 in the UK, and the entire match is available on Sky Sports Main Event.

The team management will be looking to go into this final game with an unchanged side. Debutant Nauman Ali bowled well and claimed seven wickets in Karachi Test. At the same time, Imran Butt also took some brilliant catches in the outfield.

In the batting department, the onus will be on in-form batting trio of Babar Azam, Azhar Ali and Fawad Alam to deliver the bulk of the runs.

In the opening Test, Fawad Alam was the standout performer with the bat and smashed his third century in Test cricket. Left-hander will be looking to continue his merry ways with the bat.

Experienced batsman Azhar Ali showed excellent form with the bat and produced crucial scores of 51 and 31 not out in the first Test. In the second innings, Babar Azam also showed fluency with the bat and scored 30 runs off 39 balls with the help of six fours.

In the bowling department, the onus will be on the new-ball pair of Shaheen Shah Afridi and Hasan Ali to make crucial breakthroughs. The pacers will certainly enjoy the conditions at Rawalpindi, which is expected to help the seamers.

The spin duo of Nauman Ali and Yasir Shah will once again pose a big threat to South Africa's frail batting lineup.

The visitors will have a lot of concerns going into this final game of the Test series. Captain Quinton de Kock will need to be a pro-active leader and develop better plans for this game.

The experienced duo of Quinton de Kock and Faf du Plessis failed to make an impression with the bat in the Karachi Test. The team management will hope that de Kock and du Plessis can make notable scores in this series finale.

The first Test's big positive was the grit and determination shown by opener Aiden Markram and Rassie van der Dussen. The duo spent a lot of time at the crease and added 127-run partnership in the second innings.

Markram looked comfortable against the spinner and scored a valiant 74 runs, and Rassie van der Dussen chipped in with 64 runs off 151 balls.

Shaheen Shah Afridi has been a premier bowler for Pakistan in all three formats. In the first Test, left-arm quick bowled exceedingly without much luck. With Rawalpindi expected to be seamer-friendly, Shaheen will be keen to make an impact with the ball against South Africa.

Based on current form and pitch conditions, Pakistan will be the favourite to win the second and final Test against South Africa. The home side dominated the Karachi Test proceedings and will be looking to continue their winning momentum in the series finale.

South Africa will have to overcome the spin challenge to level the Test series at Rawalpindi.

Pakistan will be favourites to win the second Test and complete their first-ever whitewash over South Africa.