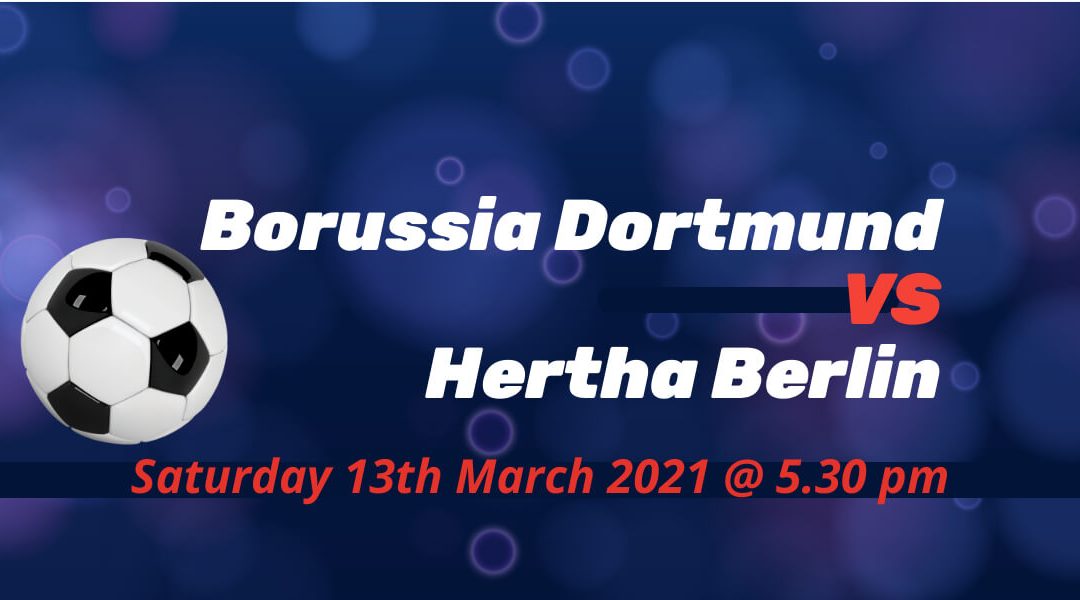 Erling Haaland hopes for another historic night as Borussia Dortmund takes on Hertha Berlin, a club he scored four second-half goals in the reverse fixture. The Black and Yellows had a nerve-wracking end to their Champions League tie against Sevilla. Still, the unstoppable Haaland continues to flourish with a brace. Hertha Berlin also returned to winning ways when they beat Augsburg thanks to Dodi Lukebakio’s late penalty-kick.

They fought for the majority of the match with an energetic and aggressive performance, but Bayern Munich and Robert Lewandowski were too much for Dortmund to handle at the end. Haaland reached 19 league goals with his brace, but the Polish striker took another step in the 40-goal hunt with a hattrick.

Haaland repeated the feat in midweek as he reaches 21 Champions League goals at the age of 20. His awareness of positional play was on display for his first goal as he slotted one home with the assist coming from Marco Reus. Reus is a goal short of equalling Dortmund’s all-time Champions League top scorer.

Reus didn’t take an early second-half penalty, with Haaland doubling Dortmund’s lead with the second time of asking. Bono nearly saved the retaken penalty after the goalkeeper’s untimely movement. Still, his decision to taunt the Norwegian didn’t end well for the goalkeeper. Sevilla raced back to equalize on the night, and they had a penalty-kick shout in the final kick of the game, but Dortmund held on to progress to the quarterfinal.

Hertha look to climb up places

There were great expectations when the season started with all the investments in the squad, but Hertha endures yet another difficult season. They’re still in the equation of relegation, and there is little chance they could finish in the top half of the standings.

They forget about continental football for now as the aim is to achieve safety for another season. Hertha also toyed with relegation last season, but things took a worse turn this term. They only managed to win five games after 24 rounds.

Last week’s win against Augsburg was a much-needed one. They conceded early, with Laszlo Benes finding the net in the second minute. Krzysztof Piatek levelled the score for Hertha in the hour mark before Lukebakio saved the day from the spot in dying minutes. Hertha managed to do the double over Augsburg this season.

Haaland the star in the reverse fixture

Matheus Cunha’s strike separated the sides at halftime in their first meeting this season. Dortmund looked lacklustre for the first 45 minutes, but they came back as a different side after the break. Haaland netted four times as they raced into a memorable 5-2 win at Olympiastadion.

Jadon Sancho and Raphael Guerriero missed the Bayern and Sevilla games after picking up injuries in the cup win against Borussia Monchengladbach. The two regular starters could return for this fixture, however.

Hertha’s skipper Dedryik Boyata and top-scorer Cunha are both out with long-standing injuries. Sami Khedira had an immediate impact after joining the club in January, but he’s also sidelined with a calf injury.

A fifth straight win for Dortmund over Hertha?

Dortmund won each of their last four games against Hertha by scoring eleven goals in the process. A fifth win would send Dortmund to the fight for the top-four finish in better shape. However, it won’t be easygoing with Hertha confident after recording their first win since the first game of 2021.