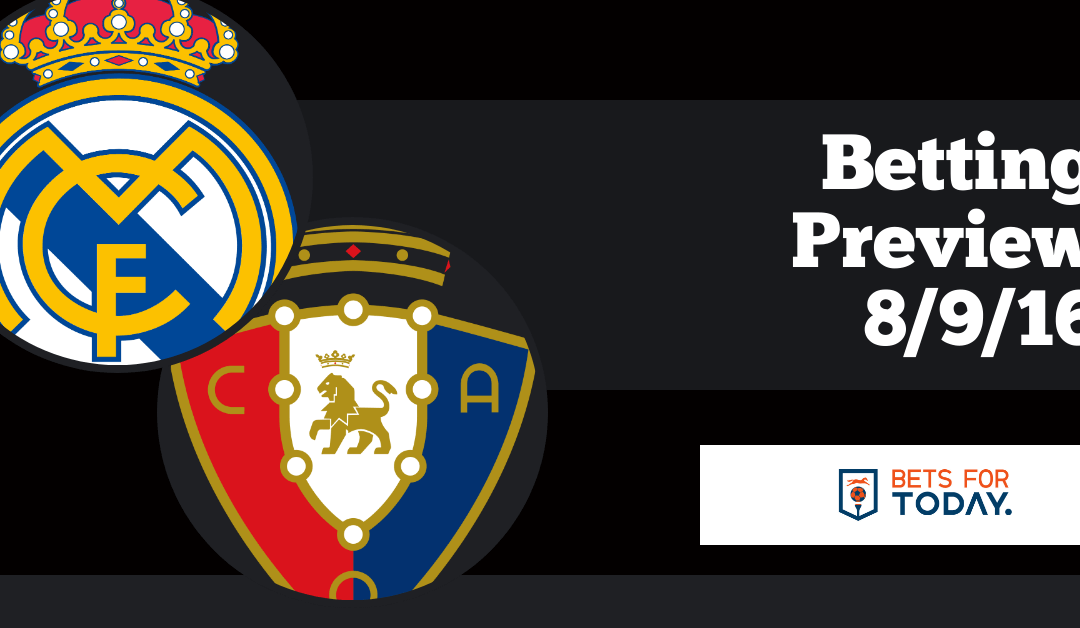 Real Madrid are currently on a 6 game winning streak.

Real Madrid won the Champions League last year, but they are hungry for success in La Liga , because they haven’t lifted the trophy since 2011/12 when Jose Mourinho was in charge.

However this year they look confident that they can brake the ice and climb up to the throne of La Liga which would be 33rd record time.

The early team news are pointing there is a small problem which is the possible absence of three key figures, Ronaldo ,Benzema and Isco.
Ronaldo injured his knee in the final of Euro 2016 against France in July and hasn’t recovered fully since, Benzema has a slight hip problem suffered from the Super Cup,which kept him away for the first two opening games and Isco has a small muscle injury, so this weekend may come too soon for him to play.

However there is a possibility that the first two will feature although they are not 100% match fit.

Luckily Real Madrid has number of quality players that can pull the strings and this game should not be a big problem for ‘’The whites’’.
Bale and Morata both scored twice for their countries in mid-week and they should keep their good run of form against an opposition which hasn’t won in the last 7 games.

A big advantage for Real Madrid is that this game will be played at the ‘’Santiago Bernabeu’’ and given the fact that they suffered only 2 defeats in their last 20 matches at home , it’ll be pretty hard for Osasuna to take something out of this game.

Osasuna haven't won a game in the last 7 matches.

On the other side Osasuna are back in La Liga after two year spell in Segunda and their realistic target should be avoiding relegation.

Their main man is Oriol Riera who is on loan from Deportivo La Coruna and since they are not a rich club they haven’t strengthened the squad significantly with the only addition Emanuele Riviere from Newcastle.

They are a side that plays defensive football with a 5-3-2 formation (unusuall for modern football) and if they can keep the concentration for the full 90 minutes maybe there is a slight chance of them going home with at least a point.

In the last five meetings there were at least two goals and In my opinion this trend will continue.
The two sides met 32 times with Real Madrid wining 20 , Osasuna 5 and 7 matches finished as a draw.

Real Madrid will be disappointed not to keep cleen sheet against weak Osasuna side, and if they score a goal in the first 15 minutes , it could turn out to be a disastrous night for the guests.

I predict an easy win for Real Madrid with the exact score 4:0 with at least one goal scored in the first half.

I also think that Gareth Bale will score at least one goal in the match.

Real Madrid to win both halves is 3/5 at Bwin

Gareth Bale to score anytime is 67/100 at SkyBet