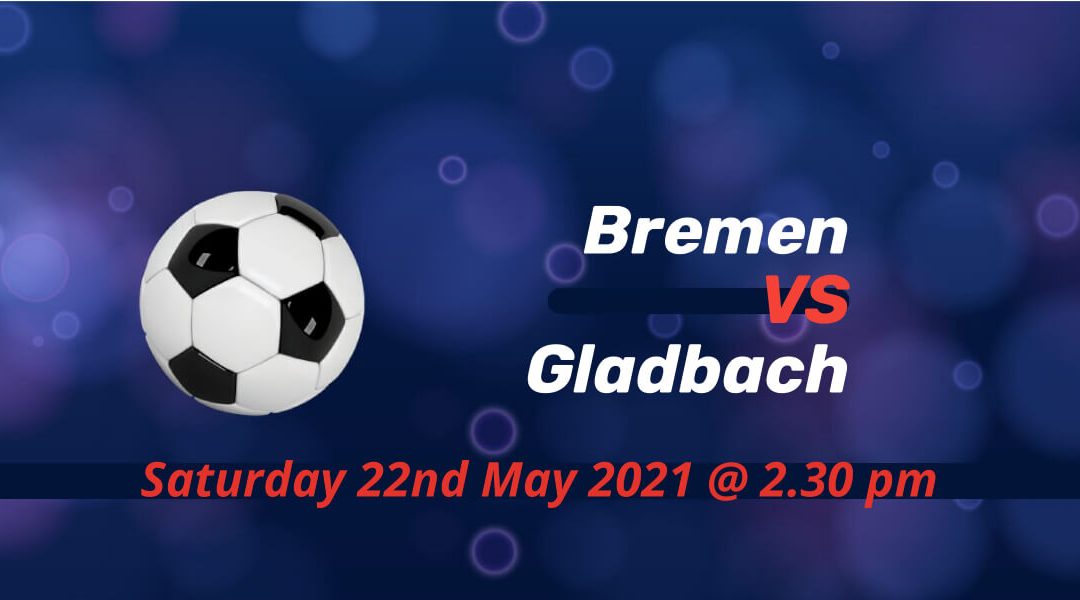 In one of the few games that will have consequences for both teams, Werder Bremen and Borussia Monchengladbach lock horns on the final day of the Bundesliga season. Thomas Schaff replaced Florian Kohfeldt after Bremen's eighth defeat in nine games. Marco Rose's team can finish in European Conference League position.

Werder Bremen hope to avoid a demotion after four decades

As it stands, no club played more Bundesliga games than Bremen. They played the first-ever Bundesliga game against Borussia Dortmund. And they came back straight away in the only relegation they faced in the club's history.

But the second relegation looms at the club since last season. Only at the relegation/promotion playoff did they secured survival last term. They were in a similar position to the current state. Still, a 6-1 win against FC Koln saw them climb out of the automatic relegation spot on the final day.

They're still hanging in the playoff spot now, but their fixture is more difficult than Arminia Bielefeld and Koln. And Bremen's form does not put the fans full of confidence in the crunch time. Although Schaff's arrival could have an immediate effect, Bremen only collected a single point in their last nine games.

Rose managed to influence Gladbach's playing style, but their marriage didn't have the best of endings. Since the news came that he'll leave the club for Borussia Dortmund, the fans didn't want to give him a sending off.

Gladbach returned to the Champions League with him at the helm. And, after that, his team also progressed from a tricky group that had Real Madrid and Serie A champions Inter Milan.

But things turned for worse in the second half of the season, and Gladbach missed out on the two prominent European competitions. Luckily for them, they can still play European football thanks to the newly-formed Conference League. But their home defeat against VfB Stuttgart means it's not at their hands.

Gladbach unbeaten in the last ten games against Bremen

Bremen had one of their best performances of the season in the reverse fixture against Gladbach. Still, they couldn't convert their chances in the game that was played in midweek. Yann Sommer produced one of the best saves of the season from Romano Schmid's effort. Nico Elvedi scored the decisive goal from their only shot on target.

Eren Dinkci will also miss this game after his late red card against Bayer Leverkusen. Christian Gross followed the youngster's footsteps as he was dismissed against Augsburg last week. Milos Veljkovic will hope to recover from his minor knock for the club's most crucial game of the season.

Gladbach have no injury problems besides the players who haven't featured this season.

Bremen to save themselves on the last day?

For the second year running, Bremen reached this point of the season in the hope of avoiding the drop. A draw or even a defeat could see them, at least, making the playoffs again, but a win would be the only option if they don't have to wait for other results. The same is true for Gladbach's Conference League hopes.