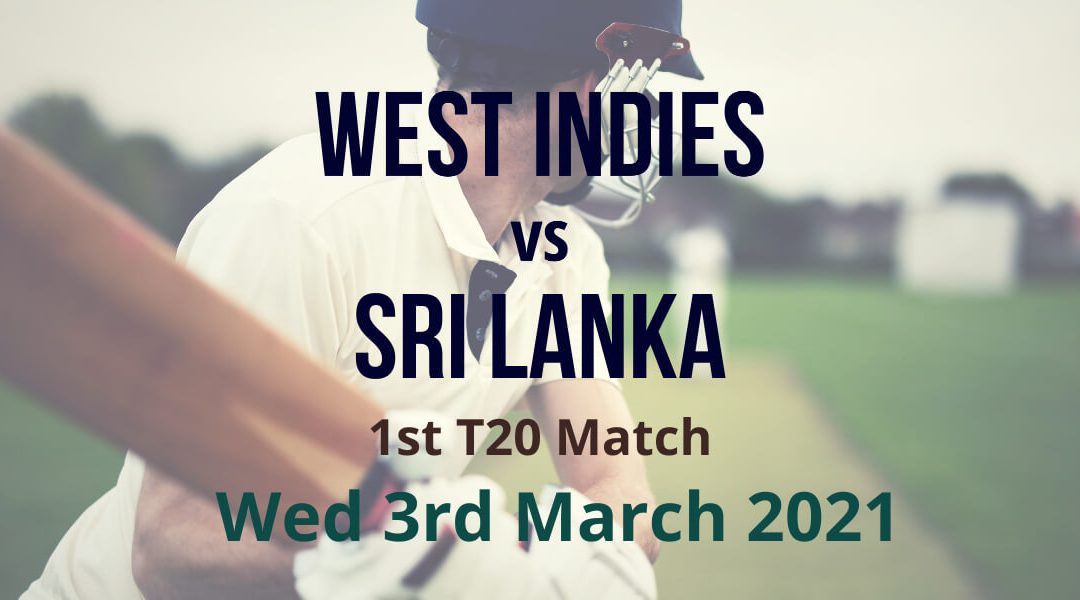 West Indies will be gearing up for the beginning of their international summer at home. They will face Sri Lanka in the three-match T20I series, starting from 3rd March in Antigua.

For West Indies, the bigwigs like Chris Gayle, Nicholas Pooran, Jason Holder, Lendl Simmons and Evin Lewis have made their comeback to the T20I squad. All-rounder Kieron Pollard will captain the side for the three-match T20I series. The home side will be looking to prepare well for this series and put on a strong show with bat and ball in front of home crowds.

On the other hand, Sri Lanka have been below-par in terms of performances in the T20 format. Dasun Shanaka has still not arrived in the Caribbean due to visa issues, so former captain Angelo Matthews has been named captain for the series' opening game.

The match gets underway at Coolidge Cricket Ground, Antigua on Wednesday 3rd March. Coverage is on BT Sport, starting at 10 pm.

West Indies will be looking to select their most robust combination for this opening game of the T20I series. The home side might field two spinners as the conditions in Antigua will be sluggish in nature.

In the batting department, West Indies will be relying on the likes of Captain Kieron Pollard, right-handed opener Lendl Simmons, majestic Evin Lewis and explosive Chris Gayle to produce the bulk of runs and put Sri Lanka under pressure.

The focus will be on Chris Gayle's performance; he showed impressive form with the bat in the T10 League in UAE and smashed half-centuries in PSL games for Quetta Gladiators.

Another player under focus will be all-rounder Dwayne Bravo, who will be making his comeback to the international stage after a long time. The 37-year old showed decent form in the T10 League played in the UAE earlier this year.

Bowling all-rounder Jason Holder will be looking to revive his career in the T20 format after doing well in the couple of matches played for Sydney Sixers in the Big Bash League.

The home team management will be relying on the pace attack of bowlers Fidel Edwards, Jason Holder and Obed McCoy to make crucial breakthroughs.

Uncapped Kevin Sinclair is the most likely candidate to sit out as Akeal Hossain was the standout bowler for West Indies in their recent Bangladesh tour.

Sri Lanka will be coming into this series after suffering a clean sweep at England's hands in a two-match Test series played in Sri Lanka.

The visitors have just picked four uncapped players in the squad – Ramesh Mendis, Asitha Fernando, Ashen Bandara and Pathum Nissanka. Wicket-keeper Dinesh Chandimal will make his return to the side for this series. Experienced players like Angelo Matthews, Thisara Perera, Suranga Lakmal and Nuwan Pradeep have been named for the T20I squad for the three-match series.

Angelo Matthews leads the team once again, combining his batting experience with that of Dinesh Chandimal, Thisara Perera, Dasun Shanaka and Danushka Gunathilaka, and aiming to score a decent amount of runs in this T20I series.

The focus will be on opener Danushka Gunathilaka who had an impressive outing with the bat in the inaugural Lankan Premier League played last year. The left-hander accumulated 476 runs in 10 innings at an average of 59.50 with four half-centuries to his name.

On the bowling front, the side will be banking on Wanindu Hasaranga, Akila Dhananjaya and Nuwan Pradeep to restrict the opposition to a modest score.

Veteran opener Chris Gayle will be looking to produce a blistering performance with the bat for West Indies in this opening game of the series. Recently, Gayle showed excellent form in the T10 League and will be keen to continue his rich vein of form in this T20I series.