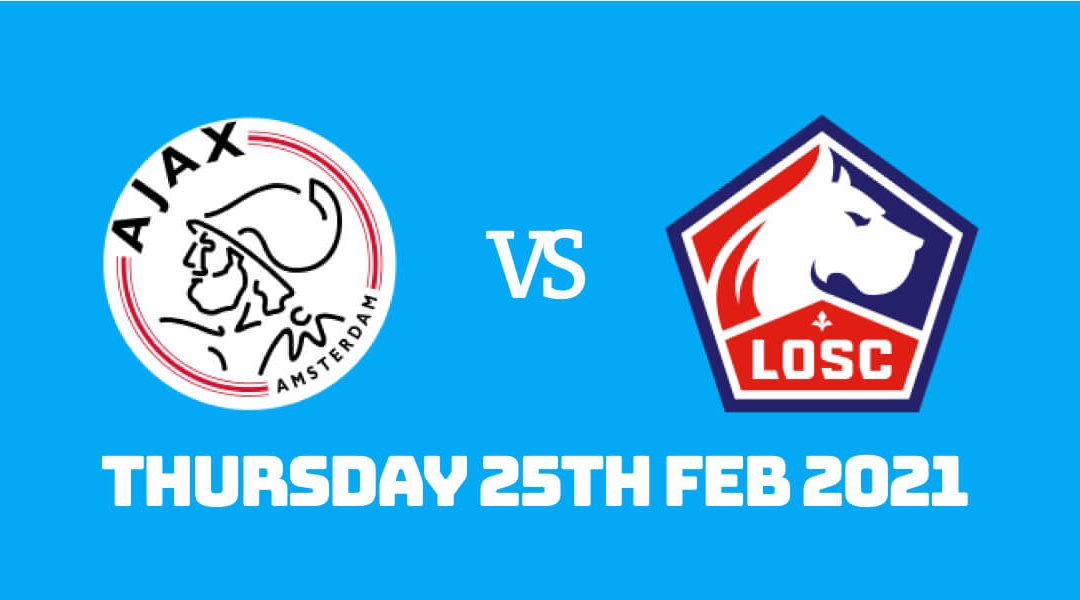 Ajax hope to complete the job as they host Lille in the return leg of the Europa League round of 32. Erik ten Hag's side continues their surge in the Eredivisie title with a 4-2 win over Sparta Rotterdam on Sunday. Sebastian Haller, who was not registered in time for Europe, scored twice as Ajax kept their six points lead at the top. A seventh win in eight games helps Lille extend their lead at Ligue 1's standings to three points.

Ajax were the better side for most of the first leg at Lille, but they needed a fair share of luck to turn it around in the final few minutes. Nicolas Tagliafico, who was at fault for Lille's opener, earned the visitors a penalty-kick three minutes from time.

Dusan Tadic, who had to deputize as a false nine in the absence of Haller, scored from the spot to level the score. Lille lost momentum as Davy Klaasen's superb flick put 19-years-old Brian Brobbey through in goal for the match-winner. The highly-rated youngster decided to leave Ajax in the summer after his breakthrough season at first-team level.

The capital city club followed it with a confident win against Sparta in the Eredivisie. They were 4-0 up after only 50 minutes; the Ivory Coast international managed to hit seven goals in his first ten appearances. Haller also has five assists to his name as he regained his Eintracht Frankfurt form.

It was a frustrating night for Lille last Thursday as they squandered a lead to lose the first leg at home. US international Timothy Weah was quick to punish Ajax's first mistake building from the back as he scored his fifth goal of the season.

With only twenty minutes on the clock and few chances in the game, Lille looked to take a slender lead to the second leg at Amsterdam. But the final moments of the game put a dent in Christophe Galtier's side's chance of making it into the round of 16. Renato Sanches's challenge on Tagliafico helped Ajax to level the score from 12 yards.

Lille were hopeful it would be overturned with a VAR review. They lost concentration after they felt hard done by the decision. Conceding the second goal a mere two minutes later put Ajax in the driving seat of the tie. But Lille get a boost in Ligue 1 on Sunday as PSG lost at home to Monaco. Galtier's troops scored four goals for the first time since November 2020 as they thumped Lorient.

Ajax look to maintain the perfect record against Lille

Tagliafico missed the weekend's action; he's a doubt to help Ajax complete the job in the Europa League round of 32. The Argentinian fullback played a key role in the first goals for both sides last week as he played with an eyeglass after an eye injury.

Burak Yilmaz, who has a goal every other game this season, is still out of action as he sustained a calf injury.

Ajax to secure qualification to the round of 16?

Both sides consolidate their lead at the top of their respective leagues with big wins over the weekend. Ajax would be confident they could see out the result as they would progress even with a 1-0 defeat at Johan Cruijff ArenA.