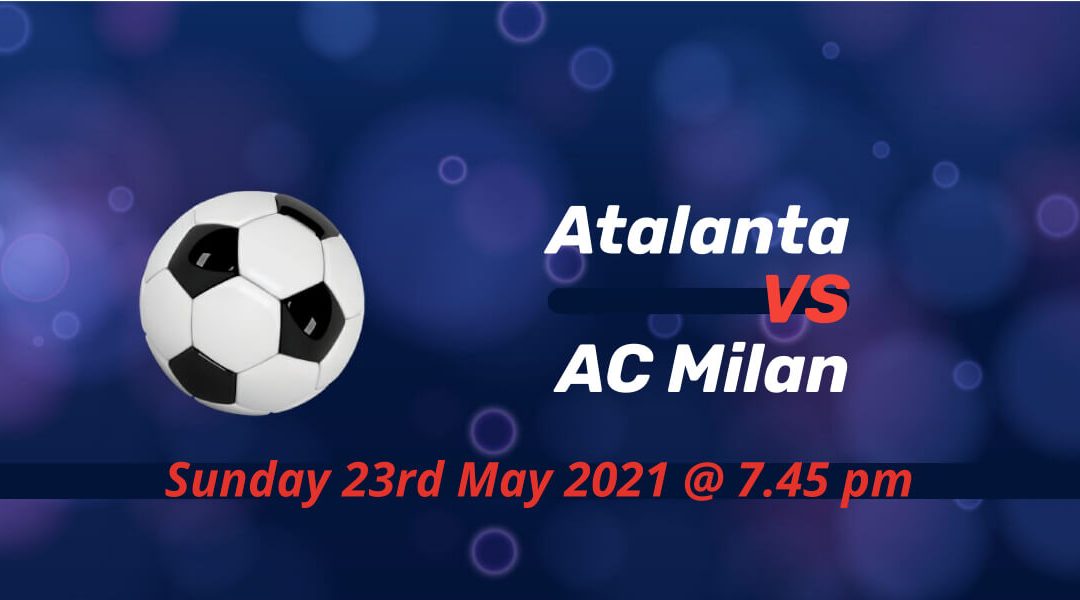 AC Milan hope to follow Atalanta in next season’s Champions League when they face Gian Pierro Gasperini’s side on Sunday. Atalanta failed to land a historic cup win as Juventus lifted the Coppa Italia on Wednesday. Milan fought for the title for most of the season, but they lost the plot after a shocking defeat to Spezia.

Gasperini’s Atalanta were in control of the cup final at the break. Still, the lack of experience was clear for everyone to see after they conceded Federico Chiesa’s strike in the second half.

It was their academy player Dejan Kulusevski who was the star on the night for Juventus. The record champions started the game on the back foot but took the lead when the Swede curled home a superb strike after Weston McKennie’s assist.

Atalanta didn’t give up easily as the in-form Ruslan Malinovskyi equalized before the break. Gigi Buffon was solid in the first half as he thwarted Atalanta’s chances. The Bergamo side seemed nervous and frustrated after the break. Chiesa netted the all-important goal moments before being replaced by Paulo Dybala.

The match kicks off at 19:45 on Sunday 23rd May 2021, and the entire game will be available on Premier Sports.

Milan rued perfect chance to make it into UCL

If they beat Cagliari, Milan would’ve booked their Champions League ticket by now. As Serie A gives priority to a head-to-head record, Milan wouldn’t have to wait for the final week if they got maximum points last weekend.

Cagliari have been one of the best teams in the last couple of months, but they were in absolute danger of relegation. As it happens, Benevento’s draw at bottom-placed Crotone meant they were safe even if they lost at Milan.

But Stefano Pioli’s side couldn’t take the opportunity as the game ended in a goalless draw. What’s more? Milan only had two shots on target out of their 21 attempts on the night. The result put Juventus in a favourable position as they face Bologna on the final day.

Atalanta only lost once in previous 11 meetings against Milan

Although Milan nearly won twice as many games in head-to-head games against Atalanta, Gasperini’s side has the upper hand in recent seasons. Their 5-0 win last season was memorable as Pioli managed to change their club’s fortune after that defeat. Atalanta also secured a 3-0 win at San Siro against Milan earlier this year.

Viktor Kovalenko is struggling with injuries since he joined Atalanta in January. He will also miss the season’s last game.

Matteo Gabbia and Zlatan Ibrahimovic, who will also not feature in Euro 2020, are Milan’s absentees.

As Juventus face Bologna, who had nothing to play for as they reside in the midtable, Milan only need a win from the big game against Atalanta. Gasperini’s side will lose the second spot if they lose to Milan on Saturday.