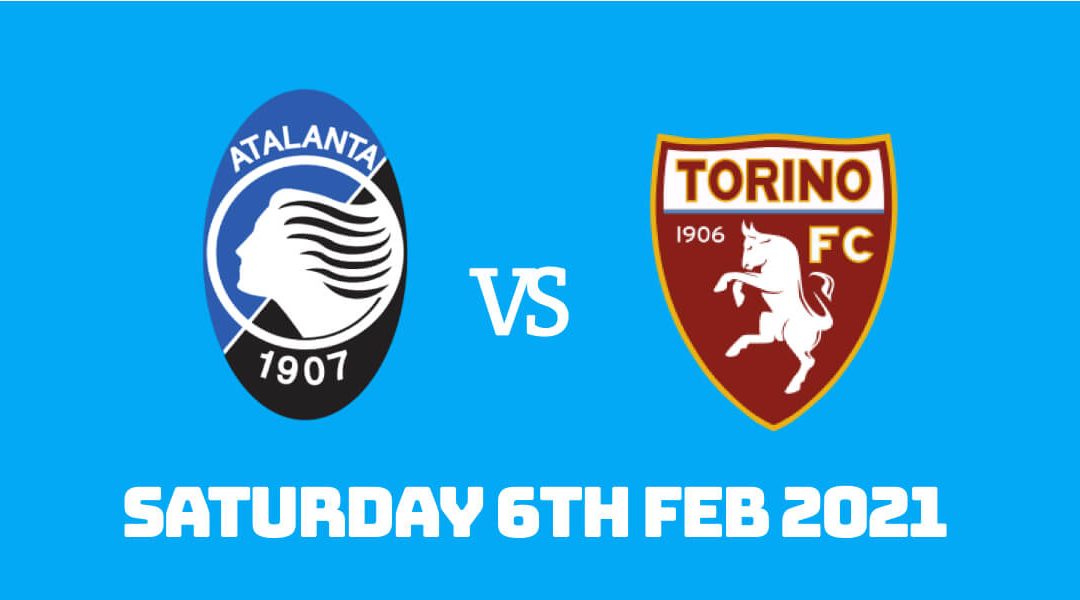 Atalanta hopes to return to winning ways when they host Torino in early Saturday after their home defeat to Lazio and a midweek draw at Napoli. Gian Piero Gasperini’s side slipped ten points behind leaders AC Milan after their first defeat since November. Torino are one of the only two teams in Europe’s top five league yet to prevail at home as both of their wins came in their travels.

Atalanta are through to the knockout stage of the Champions League once again as they await record champions Real Madrid. They’re also in the semi-final of Coppa Italia with the first-leg finished goalless at Napoli on Wednesday.

It was a surprise outcome as both sides are known for exciting football. Chances were at a premium at Stadio Diego Armando Maradona with the return leg to decide the tie next midweek. Atalanta had better chances especially after Napoli’s creative lynchpin Lorenzo Insigne substituted off with a minor injury.

The game followed Atalanta’s first defeat in fifteen matches. Lazio were knocked out of the cup by Atalanta, but they regained momentum in the league in recent weeks. With a 3-1 win at Bergamo, they climbed ahead of Gasperini’s side in the table.

One of the positives of the game for Atalanta was Mario Pasalic scoring on his return to action after missing the last eleven league games. Atalanta will need Josip Ilicic and Pasalic on top form for succeeding in all fronts in the packed calendar. Papu Gomez left the club to join Sevilla as they respond by signing Ukraine international Viktor Kovalenko from Shakhtar Donetsk.

The match kicks off at 14:00 on Saturday 6th February 2021, and the entire match is streaming live on Bet365 and Premier Sports.

Torino in midst of another relegation fight

They took Serie A leaders AC Milan to penalties in the cup. Yet, Torino’s league status continues to be in danger. They were a midtable club for six seasons before last season’s relegation scare.

Andrea Belotti is still on the scoring chart, but Torino struggled to convert draws to wins in the league. Only a single loss from the last eight games seemed a good record for a team fighting relegation. But they only beat Parma in that run as they drew each of their previous three games.

Davide Nicola replaced Marco Giampaolo after the goalless draw at newcomers Spezia. The former Genoa coach started his tenure with a strong performance as Torino came from two goals behind to earn a point from this season’s surprise packages Benevento.

Simone Zaza, who only scored once in the league all season, netted both goals for Torino including an injury-time equalizer. They were behind against Fiorentina last week as well before Belotti’s tenth goal of the season secured another point in their push for survival. Torino are level on points with eighteenth-placed Cagliari with bottom-placed Crotone only three behind the duo.

Torino only conceded six goals in as many games in the new year. Still, their recent record against Atalanta wasn’t too pleasing. Ilicic scored a hattrick when Atalanta hit Torino for seven at Stadio Grande Torino last season with Walter Mazzarri’s side finishing the game with nine men.

Mazzarri was sacked a week later following another heavy defeat at Lecce. Giampolo was in charge when Atalanta had another scoring feast in Torino this season, but Belotti’s two goals restricted the score to a respectable 4-2. Five of the goals were scored in the first half of the game that was played on the second matchday.

Croatian defender Bosko Sutalo is recovering from an ankle injury; he’s expected to return for the crucial second-leg of Atalanta’s cup tie against Napoli. Meanwhile, Kovalenko could make his debut on Saturday.
Defenders Mergim Vojvoda and Armando Izzo are the two players that won’t be in Torino’s squad at Atalanta.

Atalanta to get back to winning ways ahead of the cup tie?

It remains to be seen whether Gasperini would be tempted to go for changing his lineup in hopes of keeping his side fresh for Napoli’s game. Nicola is unbeaten in his first two games, but he knows they would need more wins to get out of the situation as a tenth Serie A draw wouldn’t help them much.