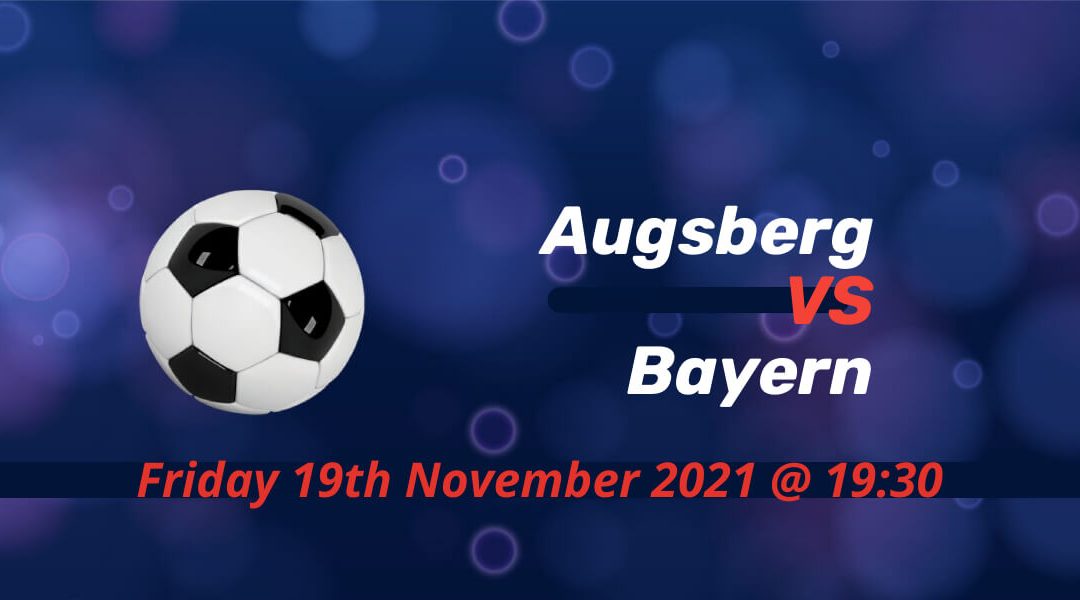 Bavaria derby will be the opening fixture of Bundesliga’s matchday 12 action as league leaders Bayern Munich travel to Augsburg. Bayern has been setting new records on all fronts with goals scored before the international break. Augsburg showed better performances of late with a stunning victory against VfB Stuttgart and a solid showing in a defeat to VfL Wolfsburg.

When Augsburg dismissed Heiko Herrlich in the final few weeks last season, the idea was that the team is languishing in the bottom half despite some good transfer windows. And his replacement was the man who previously guided Augsburg to Europe.

But things aren’t working according to plan in Markus Weinzierl’s second spell at the club. The man who left the club for the then-attractive project Schalke has since failed to live up to the expectations of his marvelous work at minnows Augsburg.

The club has grown massively since then, however. The signings of Euro U21 champions Niklas Dorsch and Arne Meier or tying Switzerland star Ruben Vargas and former West Ham starlet Reece Oxford could be enough indictions to how far they came since their early strides. But they hope to convert this success to on the pitch as Augsburg is still languishing in the bottom half of the standings.

Bayern’s long streak of scoring in consecutive games ended when they were thrashed by Borussia Monchengladbach in Pokal, but Julian Nagelsmann’s start to life at Allianz Arena is flooded with goals.

They’re already edging closer to a century of goals for the season in all competitions. In Bundesliga, the target is to break the record for the most goals scored in a calendar year and season.

They could surpass the first record when they face Augsburg on Friday which would make it more impressive as they can do it before December. With this rate, it’s also a safe bet that they can surpass 100 goals for a season once again.

Former Borussia Monchengladbach striker Raul Bobadilla twice caused Bayern to lose at Allianz Arena by scoring the only goals. One of them was when he netted in the penultimate home fixture for Bayern back in 2014-15. Augsburg only collected 2 points in the subsequent 12 league games against Bayern.

Florian Niederlechner is out of the team once again with an ankle injury. Experienced defensive midfielder Tobias Strobl is another one who faced another spell on the sidelines after he picked up an ACL injury in the defeat to Wolfsburg. Speaking of Wolfsburg, former Wolves Felix Uduokhai is also not expected to return to the side.

Niklas Sule’s positive COVID-19 test meant hosts of Bayern players had to be quarantined before Germany’s final two 2021 games. But Joshua Kimmich, Jamal Musiala, Serge Gnabry and Eric Maxim Choupo-Moting are all given a green light to feature on Friday. Sule is still feeling mild symptoms from the virus, however.

Bayern to stretch their winning streak on the road

The only time Bayern dropped points in Bundesliga away from home was in the first matchday at Gladbach. It was also a similar ground where they failed to win in all competition on their travels. Augsburg is in a revived form, however, in addition to the fact that they gave them a real fight in Bayern’s last visit.