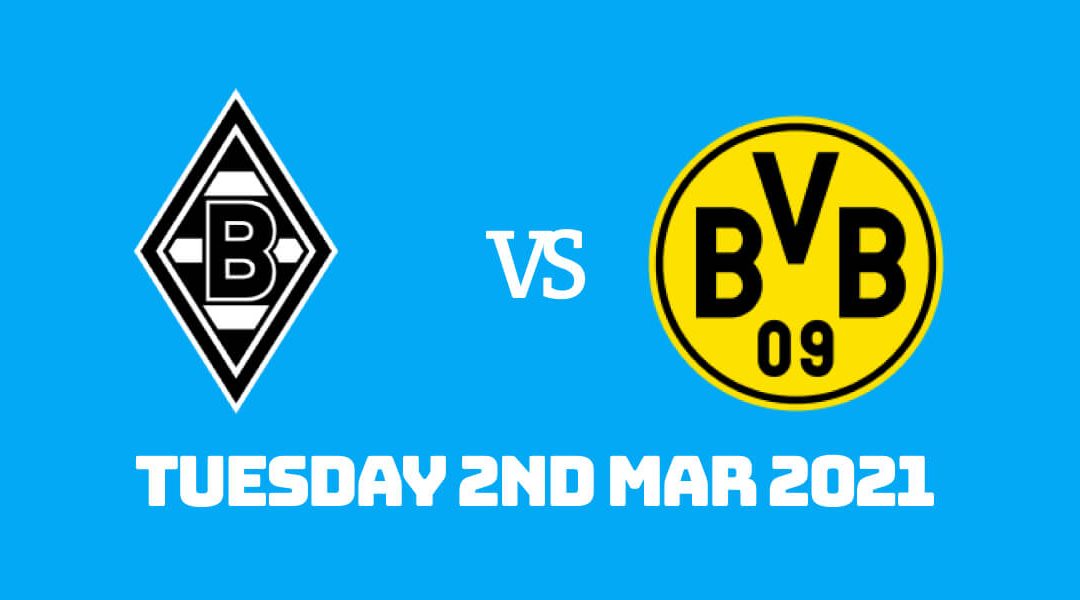 The Borussias meet again in Pokal as both clubs target to end the season with a trophy. The biggest headline is the summer move of Monchengladbach’s coach Marco Rose to Dortmund. The Foals saw their results deteriorate after the announcement of the coach’s inevitable move, and this fixture adds more tension to the matter. Edin Terzic is enjoying his time at Dortmund as they secured back-to-back heavy wins in the Bundesliga.

February was a month to forget for Rose and Gladbach. They started it with a cup win against Stuttgart, but things didn’t go according to plan since then. A derby loss to Koln was largely unexpected and disappointing as they had a chance to push for a top-four finish.

Further slipups from other teams, including Dortmund, gave Gladbach more chances, but they also failed to win their next three games. They were lucky to leave Wolfsburg with a goalless draw before defeats against Mainz and RB Leipzig.

The timing couldn’t be any more difficult as Gladbach also looked demotivated in their 2-0 defeat against the in-form Manchester City side in the Champions League.

Dortmund back in the groove

After a disappointing run of results, Dortmund are back to their very best. They started the recovery with a controlled performance at Sevilla in the Champions League. Despite going behind early on with an unfortunate deflected effort, Dortmund fought back with three first-half goals at Seville.

Erling Haaland scored twice to continue his excellent Champions League record after Mo Dahoud brought back Dortmund with a superb finish from range. The former Gladbach midfielder was on target once again at the weekend against Arminia Bielefeld. He breaks the newcomers’ resistance with another measured finish. Dahoud suddenly became a crucial player in Terzic’s system after a difficult January.

Haaland, who also netted twice in the Ruhr derby the previous week, didn’t score on this one. Still, he assisted Reinier’s first goal in Dortmund colours. The Brazilian winger, who is on a two-year loan from Real Madrid, scored with his first touch. Jadon Sancho was also on target as the English international reached six goals for the league season after going scoreless in the first half of the campaign.

Gladbach ended their lousy run against Dortmund with a league win

Rose confirmed Tobias Sippel would start in goal as he has done in previous Pokal rounds. Stefan Lainer missed the defeat at Leipzig, but he’s expected to return to the squad for this one. His replacement on Saturday, Jordan Beyer, and Oscar Wendt picked up minor injuries at Leipzig as Rose counts on quick recoveries.

There is also a change of guard in Dortmund’s goalkeepers’ situation. Roman Burki was on the bench against Bielefeld. His compatriot Marwin Hitz, whose contract was extended last week, is expected to start ahead of him once again. Thorgan Hazard made his return in the Bielefeld win, while Thomas Delaney, who was absent on the weekend, will most likely be back to the selection.

Dortmund to edge out a classic encounter?

It’s only the quarterfinals, but it’ll be a memorable tie between two teams who will want to make use of the early departure of last season’s finalists, Bayern and Leverkusen. Rose facing his future club invokes the memory of Gladbach’s Lothar Matthaus missing a crucial penalty kick against Bayern, the team he joined in the summer, in the 1983-84 DFB Pokal final.