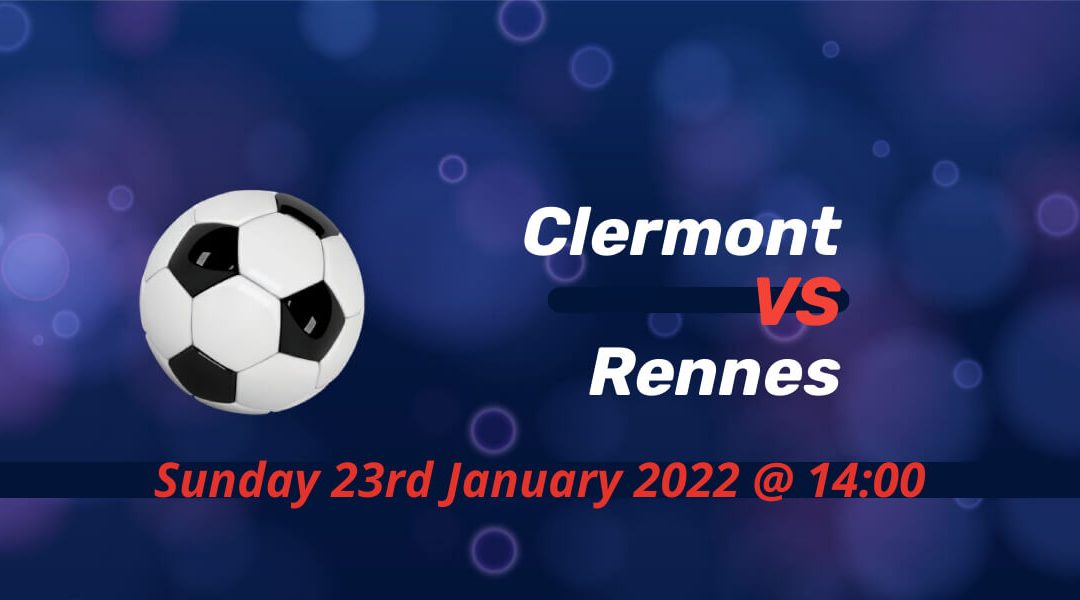 A week after their 6-0 victory over Girondins de Bordeaux, Stade Rennais face another side they scored half a dozen against this season in the form of Clermont. The newly-promoted side is in a relegation fight as they also lost their rearranged fixture midweek. Rennes is aiming to qualify for the Champions League for only the second time in their history.

There is still half of the season left but the relegation fight is starting to take shape. Both promoted sides find themselves in the dogfight, but historical clubs Saint-Etienne and Bordeaux currently occupy the last two automatic relegation positions.

With Ligue 1 having three rescheduled fixtures on Wednesday, the new boys have contrasting nights. Troyes beat Montpellier after Teji Savanier’s second red-card of the season.

Clermont also faced another in-form side Strasbourg at home. Julien Stephan’s side collected another three points to climb to fourth in the standings. Meanwhile, Clermont remained only a point ahead of Bordeaux and Lorient, who lost to champions Lille.

For any Ligue 1 side, this is the best time to face Bordeaux. Although the former UEFA Cup finalists have been unstable for quite some time, this looked like the boiling point under Gerard Lopez.

The Luxembourgian businessman looked to get the club out of demise in the summer, but the honeymoon period was quickly over. Besides the results on the pitch, the whole means the club is running is similarly raising questions to Lopez’s other ventures.

Including captain Laurent Koscielny, Bordeaux either blocked or sacked several first-team players this month. While the club’s signings remained to be linked with Lopez’s Boavista, they also separated with their shirt supplier citing an attempted mockery.

This will only be the third time the two teams will clash. After a 2007 Coupe de la Ligue fixture decided by extra-time, they met earlier this season in Roazhon Park. Both teams opted for major changes for the sides as it was a midweek fixture. Before the final ten minutes, Rennes was already flying with a 6-0 scoreline.

Cedric Hountondji is back from a muscle injury, but he netted an own-goal in Wednesday’s home defeat against Strasbourg. Jim Allevinah and Mohamed Bayo progressed to the knockout rounds with their respective national teams in AFCON. Gabonese scored twice in the group stage. Saif-Eddine Khaoui’s Tunisia is also set to join the two nations in the final 16 despite a weird start to the tournament.

Rennes also will miss four key players because of the African Cup of Nations – goalkeeper Alfred Gomis, defenders Nayef Aguerd and Hamari Traore as well as Kamaldeen Sulemana. The latter scored twice in the reverse fixture and he could be back in the squad after Ghana’s shock exit in the group stage.

There is only one favourite from this. Although Rennes unexpectedly lost to inconsistent Nice and Lille sides at home in December, last week’s demolition of Bordeaux is fresh in the memory. Clermont lost 8 of their last 11 Ligue 1 games.