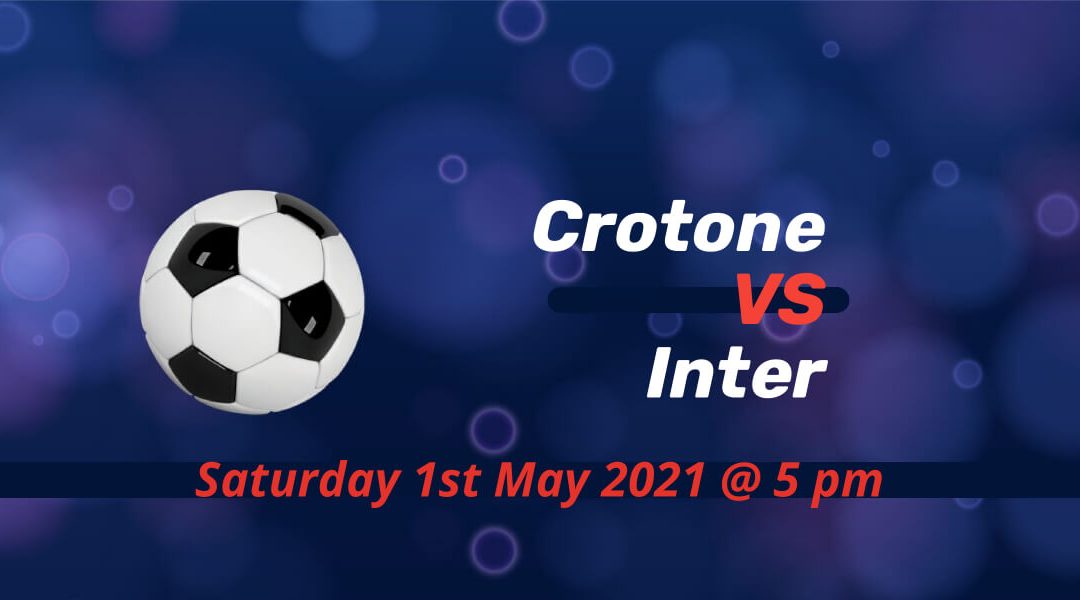 Inter can take another big step to a first Scudetto in a decade when they travel to Crotone on Saturday night. Antonio Conte’s side keeps getting narrow wins in their bid to lift the title. Crotone are 13 points from safety despite a tremendous victory at Parma the previous week.

A fantastic game between next season’s Serie B clubs

Seven goals were scored when Parma hosted Crotone last Saturday in the battle of two of Serie A’s worst sides. Both have little chance of staying up with a cushion of over 10 points behind them and safety.

Nigerian striker Simy is enjoying a stellar season in a side stuck at the bottom of the league. The 28-year-old scored 19 goals for a side that only collected 18 points from 33 games. Somehow, this player with such a great form struggles to find a place in the Nigerian national team.

The side improved under the new coach Sersi Cosmi, but it was too late to save the club. Although they only won two of the nine games under him, the performance level was better, with the team always in a better position for goals than they were under Giovanni Stroppa.

The match kicks off at 17:00 on Saturday 1st May 2021, and the entire game will be available on Premier Sports.

It’s now as good as over. With AC Milan, Juventus and Atalanta dropping points, Inter gets to have a comfortable end to the season, ending the Old Lady’s dominance in Italian football. The players didn’t stop at achieving a brilliant triumph. They also decided not to take a title win bonus to help the club’s finances.

Conte can now plan for the next season with their 11 points advantage at the top, more than enough to clinch the title unless there is a big crisis in store for the last five games of the season.

The former Juventus coach used his squad very well with their togetherness and fighting spirit on display with the goal celebration. One can only imagine how it’s going to be when Inter finally secures the title, which could happen as early as this week if results elsewhere go their way.

Three wins to one in Inter’s favour

This would be the sixth ever meeting between the sides. Inter prevailed three times, including a 6-2 win in the reverse fixture. Lautaro Martinez scored a hattrick while Romelu Lukaku netted a brace on that occasion. Crotone’s only win against Inter came in 2017. 62-year-old Cosmi beat Inter on three occasions from 15 games, and he had a better record against Conte with two wins from six meetings.

Aristoteles Romero is suspended, while Samuel Di Carmine and Luca Marrone would be unavailable due to injuries.

Inter will be without experienced and versatile players Arturo Vidal and Aleksandar Kolarov.

Inter for the title and Crotone to get relegated?

Results from this game and the rest of the fixture could see Inter crowned as champions, and Crotone becomes the first club to get relegated from Serie A. The last time Inter won a game by a two-goal margin was back in February. Still, they’re expected to record a comfortable victory at Ezio Scida.