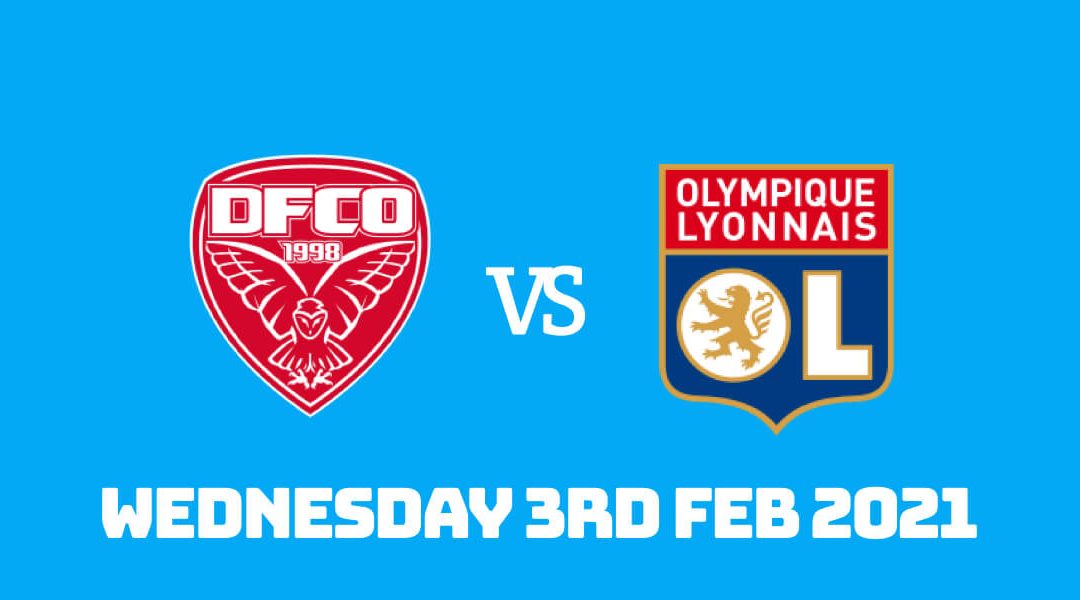 After Leo Dubois’s strike from an acute angle secured a late victory against Bordeaux, Lyon travel to Dijon in midweek. The win put the Kids in second place as the return of European football is a formality at the very least. Dijon narrowly lost the last two games after their four-game unbeaten run came to an end.

Time is running out for Dijon

Another tough game beckons Dijon as they find themselves in a familiar relegation battle. David Linares’s side is level on points with bottom-placed Nimes, but they played one more game than The Crocodiles.

After a crushing late defeat at Lorient, Dijon travelled to Lille on the weekend. They held their own for most of the game, but a glaring mistake from their captain Bruno Ecuele Manga resulted in Lille’s winning goal. They failed to score for the third time this year.

Dijon relied on defensive stability since Linares’s appointment. They only conceded more than a goal on only two occasions after thirteen games. This is a great return for a team lying in the relegation zone. The attacking burden is mostly on Mame Balde as the winger scored a club-high six league goals.

February would be a key month in Dijon’s fight for survival. They can dream big in their travels to Montpellier and newly-promoted Lens sandwiched by a relegation six-pointer at home to Nimes. Before all that, however, they host Lyon at Stade Gaston-Gerard. They will end the month with another herculean fixture in PSG’s visit. Dijon are yet to win at home this season.

The match kicks off at 20:00 on Wednesday 3rd February 2021 and although there is no viewing scheduled at the moment, keep an eye on the Bet365 channel for any changes.

OL in a three-horse title race

We’re witnessing the competition level getting tight in almost all the big leagues. Ligue 1 is a perfect example of this as PSG’s dominance is nowhere near the level displayed in recent years. The Parisians even dropped to third after the weekend’s fixtures.

Lille currently sits top of the standings, but Lyon seems to be a better fit to challenge PSG all way with experience in the side. From the goalkeeper Anthony Lopes to Memphis Depay, the team is not short of players who can step up in big moments.

The likes of Houssem Aouar and Maxence Caqueret were the stars of the Champions League run last season. Still, they barely get playing minutes this term. Lucas Paqueta adds a new dimension to Lyon’s play after his move to Milan. Bruno Guimaraes is the new star in midfield like the breakout striker Tino Kadewere.

For the second time in a row, Lyon looked to disappoint at home last Sunday, however. The memories of the Metz defeat were in the air when the Bordeaux game went to injury-time with the score at 1-1. But, this time around, it was Lyon who gets the winner thanks to Dubois’s volley from a tight angle.

The two teams lock horns ten times so far with Dijon only coming out victorious on a couple of occasions. On both occasions, Dijon beat Lyon with comeback wins. Lyon won in three of their four visits to Stade Gaston-Gerard, however.

The sides only met once last season with the season curtailed early due to the pandemic. Lyon came from behind to record an emphatic 4-1 win in the reverse fixture this season. Memphis Depay netted a hattrick, scoring both the opener and the fourth goal from the penalty spot.

Dijon strikes on the deadline day with the signing of Fulham’s striker Aboubakar Kamara. The lanky striker is expected to make the difference for Dijon in front of the goal in their bid to avoid relegation.

There is no injury news from Lyon’s camp. Rudi Garcia’s side welcomes the return of Paqueta against Bordeaux. At the same time, Islam Slimani continues to make his way to the side with limited minutes.

Lyon to keep marching in the title race?

Since the opening day defeat at Montpellier, Lyon is unbeaten away from home in the league. On the contrary, Dijon awaits their first home win of the season. Dijon can make it difficult for Garcia’s team, but Lyon have enough quality to record another win on the road.