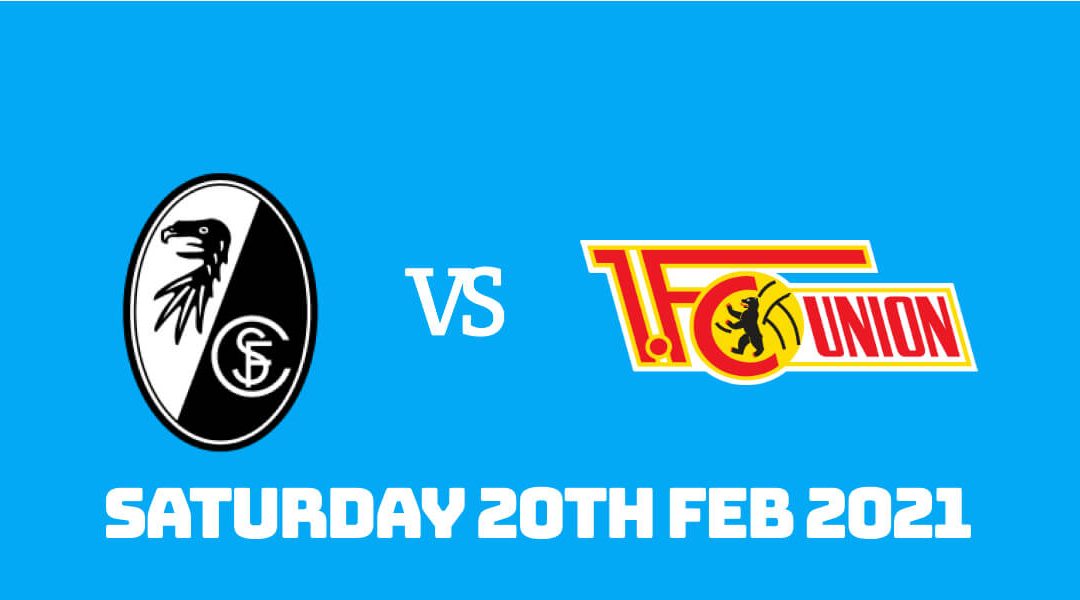 Separated by a single point in the table, SC Freiburg and Union Berlin go head-to-head on Saturday. Christian Streich recently extended his Freiburg contract as Bundesliga's long-serving coach is the perfect fit for the Breisgau Brazilians. Union Berlin are winless in their last five games after a sensational win against Bayer Leverkusen seemed to realize their European credential.

Streich and Freiburg aim for the next chapter

Streich beat Borussia Dortmund for the first time in his career after a 2-1 success over Edin Terzic's side. His character is unique in modern football. With Freiburg having a rich history of sticking by the side of their coaches, it's a match made in heaven.

A five-game winning streak for the first time in the club's history revived Freiburg's European hopes, but they lost momentum with only two wins from the last six. But the 3-0 defeat at Bundesliga's in-form side Wolfsburg could be the only disappointing result and performance of the lot.

Freiburg nearly shared the spoils against Bayern before an entertaining draw against Eintracht Frankfurt. They secured crucial home wins against Stuttgart and Dortmund on either side of the defeat at Wolfsburg. In a strange week of draws in Bundesliga last time, Freiburg held Werder Bremen to a goalless draw. They currently sit five points shy of a European place.

The match kicks off at 14:30 on Saturday 20th February 2021 and is streaming live on William Hill TV.

As expected, Union struggled to keep up their pace in the race to a top-six finish. Urs Fischer's side only collected two points after Cedric Teuchert's late strike helped them beat Leverkusen. They only found the net twice in this run as creating chances became a big problem for the side.

They were lucky to only lose by a single goal at Leipzig with no attacking intent shown by Fischer's side. Marcus Ingvartsen scored against Augsburg, but he also failed to score from a penalty kick in Max Kruse's absence. It was crucial in the end as the Bavarians came away with all three points.

The 1-1 draw at Borussia Monchengladbach was very promising, but they went to lose at 17th placed Mainz 05 the following week. A goalless draw at home against bottom-placed Schalke also did little to change their fortunes. They're only six points off fifth-placed Leverkusen, however.

The head-to-head record is balanced with four wins for Freiburg and three for Union from the previous nine fixtures between the clubs. But Freiburg are dominant at home with three wins from four meetings. Besides newcomers Arminia Bielefeld, Union is the only Bundesliga club that Nils Petersen is yet to score a goal against.

The corresponding fixture ended in a 1-1 draw at Berlin. Robert Andrich, enjoying a good season in scoring ways, equalized for the hosts two minutes after Italian international Vincenzo Grifo opened the score.

Kevin Schlotterbeck's absence due to muscular injury means Dominique Heintz is back in Freiburg's defence at Bremen for his first start in nearly three months. Long-time absentee Mark Flekken and South Korean winger Kwon Chang-hoon are the only other Freiburg players in the treatment room.

Union will continue to miss tricky winger Sheraldo Becker, but there is big news with Kruse's return. The talismanic striker is set to make his first appearance since the defeat in the Berlin derby. Another Bundesliga veteran, Loris Karius, could make his second start for Union if Andreas Luthe is not at full fitness level.

Freiburg to do just about enough in a close encounter?

There is no relegation scare for both teams. At the same time, there is little chance of either of them getting into Europe with the quality of teams in contention. It'll be mostly about enjoying the moment for the teams for the rest of the season. And that's not good when games are being played behind closed doors.