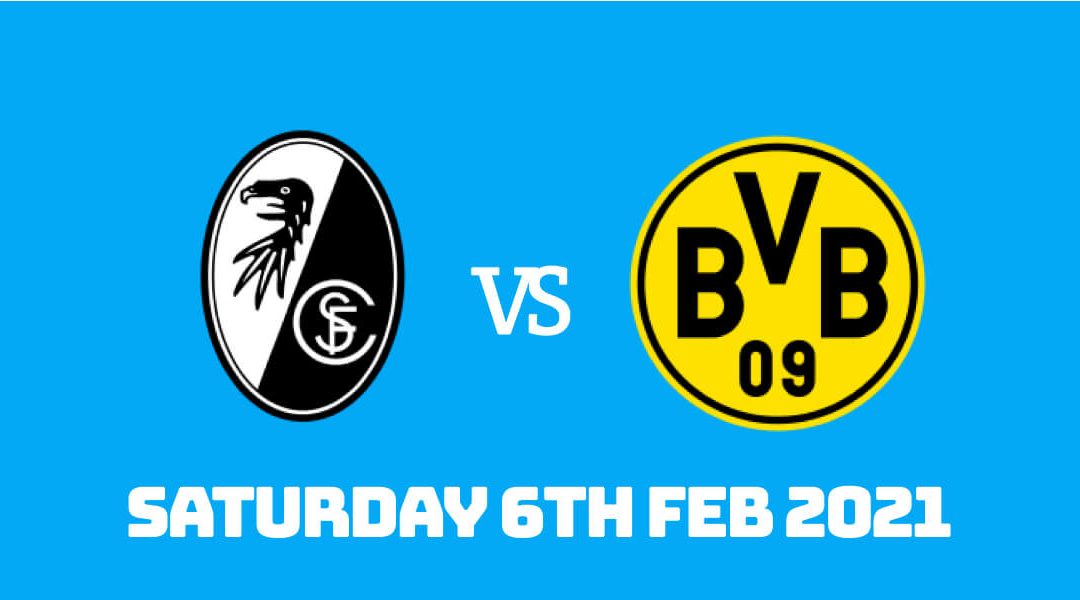 After avoiding a cup upset in midweek, Edin Terzic's Borussia Dortmund face a tricky away fixture at Christian Streich's Freiburg on Saturday. Despite a heavy defeat at Wolfsburg last week, Freiburg still push for European places. Dortmund boosted their trophy hopes by going through to the DFB Pokal quarterfinal. Still, they face a strong challenge in the league to qualify for next season's Champions League.

Freiburg unbeaten at home since November

The current long-serving coach in Bundesliga is enjoying one of his best seasons. The 5-0 win against Koln was memorable for many reasons, in particular. Freiburg's biggest league win under Streich also marks the club winning five Bundesliga games on the trot for the first time.

They're only six points shy of the Champions League qualification spot despite their current midtable position. Florian Muller is having a decent season in goal after signing on loan to deputize for Mark Flekken. The latter suffered an elbow injury before the league season starts. In defence, Philip Lienhart is one of the standout players this season.

Skipper Christian Gunter is still waiting for his competitive debut for Germany, but he continues to deliver excellent performances down the left-wing. New signings Baptiste Santamaria and Ermedin Demirovic took some time to adapt to the league. Still, they're now the key part of Freiburg's success.

As always, Vincenzo Grifo is the creative hub of the side while Nils Petersen continues to be prolific off the bench. The 3-0 defeat at Wolfsburg denied Freiburg a chance to take points off fellow European hopefuls. But they will have another opportunity to revive their chances when the inconsistent Dortmund side visits Schwarzwald-Stadion on Saturday.

Dortmund get back on track after successive defeats with hard-fought wins against Augsburg and Paderborn. They once again need to make up for a slow start against Augsburg as Andre Hahn put the visitors in front before Erling Haaland's penalty miss.

Thomas Delaney levelled the score before halftime with an excellent header. Jadon Sancho netted the decisive second goal before Felix Uduokhai's own-goal made sure Dortmund's first win in four games. With Leverkusen slumped to another defeat, the result put Dortmund back in contention for Champions League qualification.

Wolfsburg and Eintracht Frankfurt surprisingly climbed to the top four with Dortmund only a point behind Adi Hutter's side. Bayern are expected to ease their way to a ninth successive league title, but how the rest of the table shapes up is everyone's guess. Terzic's side is still in the mix for a top-four finish despite already losing seven games.

Although they await the Champions League knockout stage, Pokal seems to be a perfect stage for lifting a trophy this season. Second-tier Paderborn push Dortmund to extra-time, but Haaland's excellent finish decided the tie as the Black and Yellows fancy their chances in the quarterfinal. Last season's finalist Bayern and Leverkusen are already knocked out of the competition after defeats to lower league oppositions.

Stretch yet to beat Dortmund

This can be Dortmund's final game at Schwarzwald-Stadion with Freiburg planning to move to their new stadium. They hope their bad record against Dortmund would end here as they look for a first win since 2010.
Streich, who took charge in 2011, is winless in 16 games against Dortmund. Two youngsters dominated this season's earlier fixture between the sides. Haaland assisted Felix Passlack's first-ever goal when the Norwegian could've easily gone to complete a hattrick. 18-years-old Gio Reyna also had three assists on the night.

Wingers Roland Sallai and Chang-hoon Kwon are currently on the sidelines. Streich usually opts for a back three in big games. The return of Santamaria and Janik Haberer would help consolidate the midfield.
Dortmund had to play 120 minutes against Paderborn in midweek, but they have one of the league's big squads. They'll continue to miss influential midfielder Axel Witsel and Dan-Axel Zagadou, however. A shoulder injury forced Roman Burki to miss the last two games as his compatriot Marwin Hitz could continue to deputize at Freiburg.

Dortmund to get a big boost in Champions League pursuit?

Dortmund would hope to gain momentum from their back-to-back wins when they travel to Freiburg. Haaland continues to make the difference while Sancho is in his best form of the season. They failed to keep a clean sheet in their last six games, however.