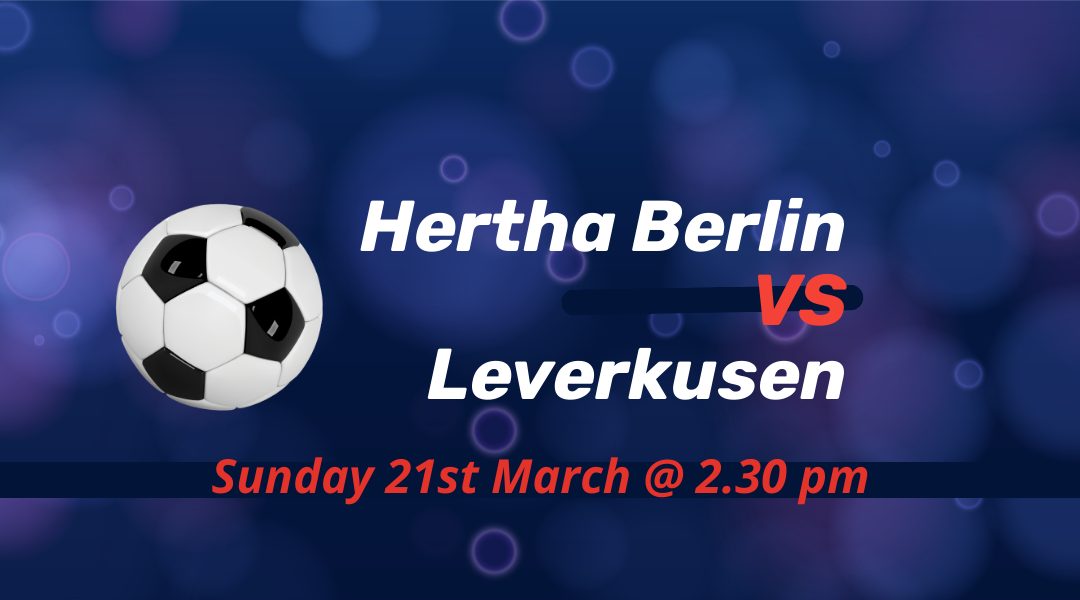 Two struggling clubs lock horns in the middle of Sunday Bundesliga fixtures as Hertha Berlin host Bayer Leverkusen. Pal Dardai's side dropped to the playoff spot after their defeat at Borussia Dortmund. Leverkusen could've pushed for Champions League spots, but they faced a shocking home defeat to Arminia Bielefeld.

Hertha in a relegation dogfight

There's no denying it now – Hertha find themselves in the relegation fight with four teams hope to avoid following Schalke's footsteps. They were lacklustre in a 2-0 defeat at Dortmund in Saturday's night game despite them hanging on until a Rune Jarstein error opened the gate for the guests.

The result means Hertha took one step backwards after winning dramatically in the previous week against Augsburg. Both Mainz and Bielefeld won their respective fixtures as the pressure piles on Dardai's troops.

Hertha's team is assembled for European adventures, but they're now playing for safety. And it's not happening for the very first time. Dardai's comeback brought nostalgic feelings and stability at first, but it's never shown on the results. Hertha have a somehow easy run of games with struggling Leverkusen and Borussia Monchengladbach their remaining big games.

Leverkusen continue to have a miserable 2021

Out of both domestic and continental cups shockingly, Leverkusen also find it challenging in the league in 2021. For the first time in the final 2020 game against Bayern with Robert Lewandowski's late strike, they lost in Bundesliga. But, since then, Peter Bosz's Leverkusen couldn't produce consistent performance.

They lost in the DFB Pokal to lower-tier Jahn Regensburg after a comfortable 4-1 win against Eintracht Frankfurt in the previous round. They managed to peg back Young Boys to a 3-3 draw after a horrible first half, but they end up losing the game and, then, tie as their Europa League dream come to a premature end.

Similiar story follows in Bundesliga. They've been losing games they could easily put to bed in the first half of the season. The 2-1 defeat against Bielefeld is one example as they only came to life in the final few minutes. Bundesliga's best shot-stopper Stefan Ortega denied Demaray Gray a great chance, but Leverkusen were passive throughout the game.

Hertha unbeaten in three against Leverkusen

They lost 5-1 and 6-2 to Leverkusen recently, but Hertha are unbeaten in their last three games against them. They won both of their games last season. The reverse fixture ended in a goalless draw earlier this season, with chances at a premium. Hertha followed a cautious approach back then after conceding five second-half goals against Dortmund the previous week.

Hertha's captain Dedrick Boyata is still on the sidelines alongside midfielders Sami Khedira and Eduard Lowen. Vladimir Darida is suspended after his horrendous tackle on Marco Reus saw him sent off last week.

There is no new additional name on Leverkusen's injury list, but, unfortunately, there is no returnee as well, as they spend a tough time dealing with long-term layoffs.

Confidence is short on both sides, but both need the result badly. Leverkusen are still in contention for a Champions League berth while it's time for Hertha to do anything they could to get out of the drop zone.