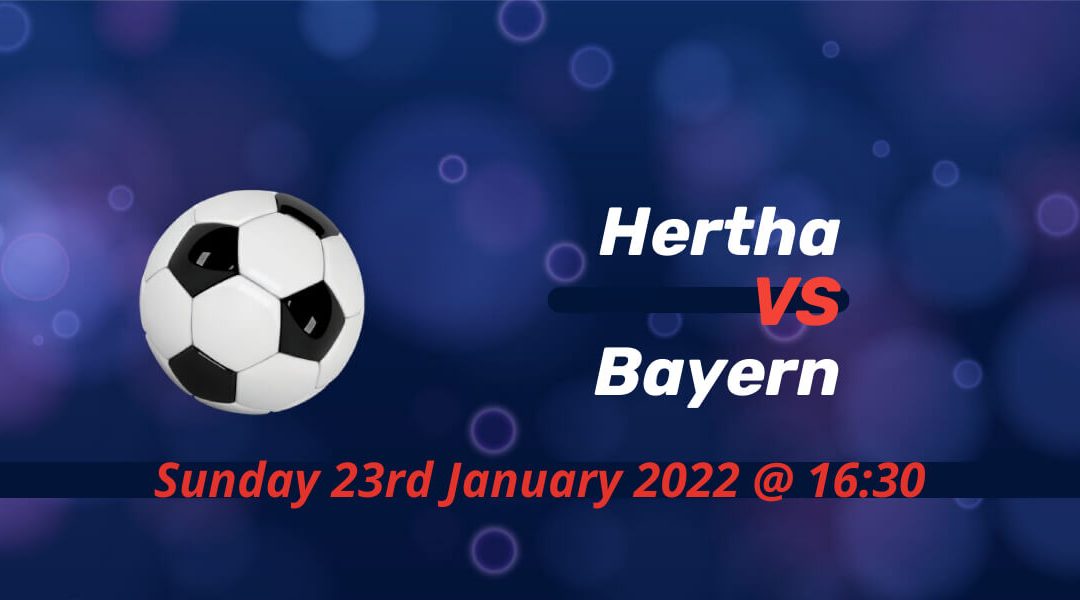 Bayern travel to the capital to face Hertha Berlin on Sunday for the final Bundesliga game of the weekend. Julian Nagelsmann’s side recovered after starting 2022 with a defeat with a depleted squad. Hertha finished last year in style, but their start to this one is more of the same with the club’s perplexing downfall story.

Hertha won’t be part of another Olympiastadion final

Hertha is yet to play the cup final at home. Despite it being staged every year in their stadium for decades, the capital city club is struggling to make a name for itself as one of Germany’s big clubs.

The latest cup exit is painful more than ever. Union Berlin is going places as they even play European football at the home of Hertha this season. In this season’s Bundesliga, Union is also way above Hertha as they plan another season of continental football.

Hertha had a chance to at least have a bragging right in the Pokal on Wednesday. But, for the second time in the season, Union wins the derby to make it into the quarter-final. With the absence of big names, this could've been the perfect chance to finally dream of cup glory.

Bayern sporadically getting their squad back

Bayern officials have worked their utmost to postpone the first game of the year with many absences from the squad for different reasons. In the end, Bundesliga’s rule is more strict than its counterparts leaving Bayern to name a whole bench out of players who never experienced Bundesliga.

Gladbach is their bogey team, and Adi Hutter’s struggling side collected maximum points from Allianz Arena. With Dortmund winning two games by showing different qualities, Bayern’s lead at the top was back to three before they faced Koln.

To make matters interesting, Stefan Baumgart’s side was on a three-game winning streak. But Bayern was a different beast on the day. Despite a more or less similar starting lineup to the previous weekend, Robert Lewandowski’s hattrick helped Bayern to a rampant 4-0 win.

Lewa hattrick in the reverse fixture

That hat trick is not Lewa’s first this season. He also netted three when Bayern put five past Hertha in the third matchday. Thomas Muller and Jamal Musiala scored the other goals for the Bavarians. Bayern won each of their last four games against Hertha scoring 15 in the process.

Goalkeepers Rune Jarstein and Oliver Christensen are currently out of the side. New signing Fredrik Bjorkan is also looking forward to his first Hertha game as he was tested positive for COVID-19.

Eric Maxim Choupo-Moting and Bouna Sarr are on AFCON duty. Both of their national teams progressed to the knockout round, which means Bayern will at least miss them for another week. Alphonso Davies is going to be sidelined for a month and Leon Goretzka is also expected to be back in February.

Another goal feast for Bayern?

Olympiastadion is one of the favorite grounds for Bayern fans. They won the Pokal here multiple times and were confirmed as champions in record time in this stadium back in 2013-14.