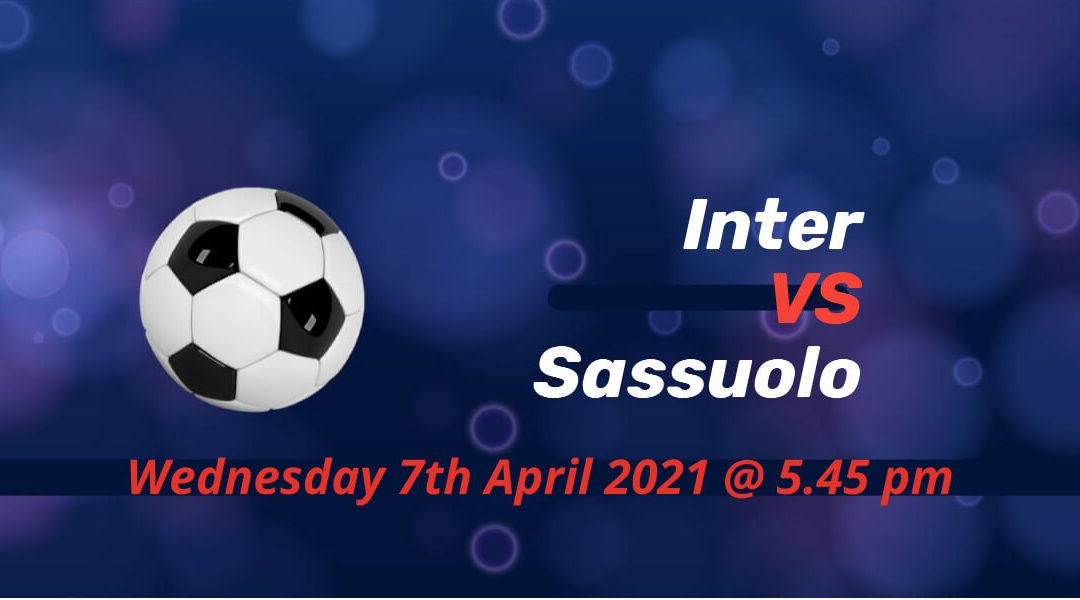 Inter hope to go eleven points clear at the top of the Serie A table when they host free-scoring Sassuolo in the rescheduled fixture on Wednesday. Inter recorded a ninth successive win on the weekend as Romelu Lukaku’s goal was enough for three points at Bologna. Giacomo Raspadori’s strike five minutes from time salvaged a point for Sassuolo at home against Roma.

The first five of the nine wins on the row were comfortable results, with Inter managing to beat their opponents with relative ease to climb to the top of the standing. Their resurgence came when the likes of AC Milan and Juventus hit their worst patch of the season.

However, Antonio Conte’s side is not finding it easy in recent outings as they recorded just a one-goal victory in the last four games. Alexis Sanchez’s second-half double was crucial in the win against relegation-threatened Parma.

Milan Skriniar opened the scoring at a similar time as Sanchez did against a top clash against Atalanta. Known for their attacking play, Gian Piero Gasperini’s side weren’t able to level the score. Another team in the relegation fight faced Inter after that in Torino, with Sanchez the provider for Lautaro Martinez’s winner five minutes from time. It was Lukaku who came to the rescue in the weekend, albeit with an early strike.

The match kicks off at 17:45 on Wednesday 7th April 2021 and will be streaming live on William Hill.

Either way, Sassuolo are a team that can give you goals. They score aplenty and let in as much in the other end. Apart from two games in 2020, Sassuolo haven’t been involved in a goalless draw this season.

And it’s getting out of hand since last month. There were both 3-2 wins and defeats besides high-scoring draws in 3-3 and 2-2 for Roberto Di Zerbi’s side. The 2-0 defeat at Udinese was the odd one out from the previous five games involving Sassuolo in the Serie A.

They were behind at halftime against Roma at home with Lorenzo Pellegrini’s goal. Hamed Traore brought the hosts to the match with his fourth goal of the season, but they soon found themselves trailing the game again after Bruno Peres’s first goal of the campaign. Raspadori secured the point for Sassuolo with only his second goal of the season.

Inter unbeaten in four against Sassuolo

Sassuolo won all the four games they played against Inter in 2017 and 2018. But they’ve not been succeeded to record a win since then, with two Inter wins and two draws in the last four. The fixtures in 2019-20 ended 4-3 and 3-3. Inter were 3-0 winners against Sassuolo in the reverse fixture, with Sanchez scoring the opener in the fourth minute.

The same three players will be unavailable for Conte’s troops. Stefan de Vrji and Danilo D’Ambroisio are out of the game due to COVID-19, while Arturo Vidal is still recovering from a knee injury.

Sassuolo could be without their two big figures in Domenico Berardi and Francesco Caputo. Mehdi Bourabia and youngster Brian Oddei aren’t expected to make the trip to Milan, too.

Sassuolo’s defence has been lacking recently, which is good news for the team whose three strikers peaked at the right time. Inter will be keen to secure the title before they face Roma and Juventus in the final three weeks of the season.