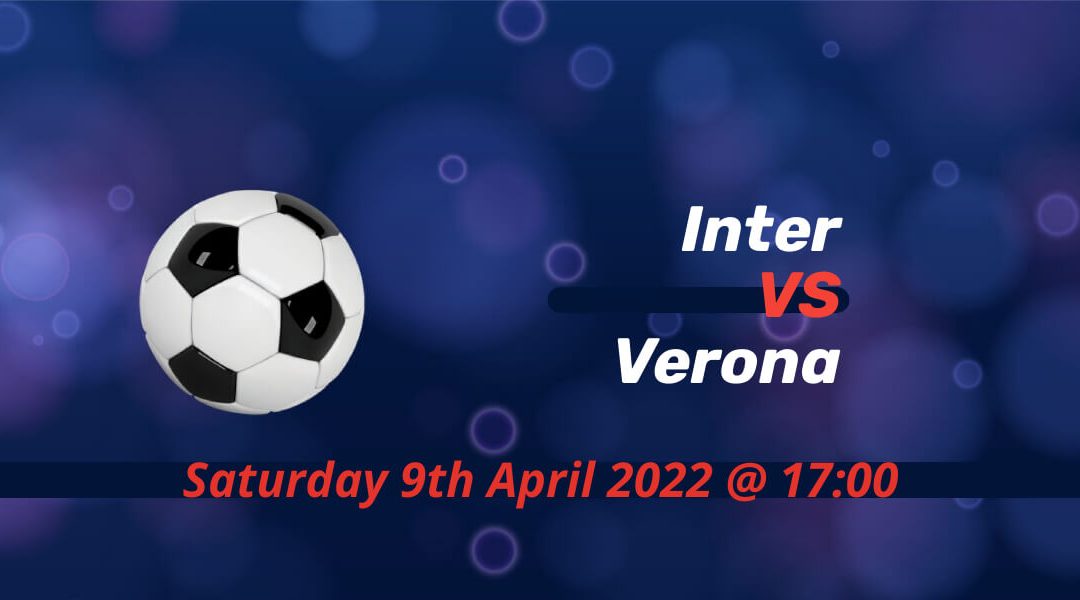 After their Scudetto defense is back on after last weekend’s results, Inter will face Hellas Verona at San Siro. Verona only lost three times in 2022 as they climbed to the top half of the standings. Inter ended their awful run since February with a massive win at Juventus last Sunday.

Hakan’s penalty crawled Inter back into the title race

After he had to retake the penalty, Hakan Calhanoglu scored the decisive goal for Inter as they narrowed the gap to their city rivals and league leaders AC Milan while Napoli remained in contention.

Inter still have their rescheduled game against Bologna. Milan is still the leaders with a four-point gap from Inter after their goalless draw against Bologna on the final game of the matchday on Monday.

Inter didn’t solve their scoring problems against Juventus, but the most important thing was picking up the three points. It was only their second league win in their last eight games.

The match kicks off at 17:00 on Saturday 9th April 2022, and the entire match will be available on BT Sport.

Giovanni Simeone’s 16th goal of the season in the fifth minute was enough for Verona to beat 18th-placed Genoa in Monday's earlier fixture. The result helped Verona to get out of the lower section of the Serie A standing.

It was the ninth game under Alexander Blessin for Genoa as only six goals were scored in those games. For that specific reason, it was a huge relief for Igor Tudor’s side to open the scoring in the first five minutes.

Since their defeat in early February against Juventus, only the title hopefuls Napoli beat Verona. But there is already a big gap between them and the teams in contention for Europe as Verona had little to play for in the rest of the season.

Inter unbeaten in this fixture since 1992

Igor Tudor is winless in his previous three games against Inter. And Verona’s last win in this fixture dated back to 1992. Their most recent fixture sees Inter come from behind to record a 3-1 win as Joaquin Correa netted a brace in his debut.

Dutch Central defender Stefan de Vrij is out of the game due to a calf injury.

Alessandro Berardi, Ivor Pandur and Antonin Barak will not travel to Milan as they’re on the sidelines with injuries.

Inter hope to continue their pressure on Milan and Napoli

Simone Inzaghi’s side will play their rescheduled game at the end of the month. Before then, they have a chance to close the gap with the top two teams. That could help them automatically sprint back to first place by the time they face Bologna. Verona will face strong challenges in the remaining season as they are also scheduled to clash with Atalanta, AC Milan and Lazio.