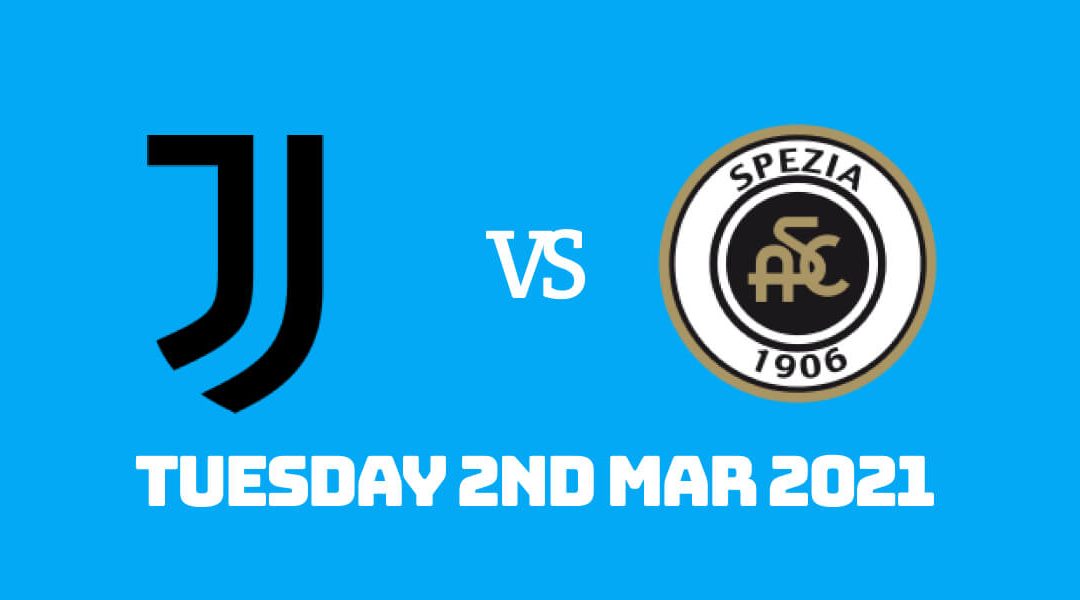 Juventus aim to consolidate their top-four aspiration when they host Serie A debutant, Spezia, on Tuesday. Andrea Pirlo's side had another setback in their title charges with Saturday's draw at Hellas Verona. Spezia fought back from 2-0 down to clinch a point against Parma with Emmanuel Gyasi's double.

Juventus in the key stage of the season

The Coppa Italia final and the return leg against Porto await Pirlo's troops as Juventus try to end the season with a title. However, there is little chance of tenth league success as they're now ten points behind leaders Inter.

With Milan also back to winning ways with a solid victory at the capital Rome, Juventus' title aspiration is fading in Serie A. The Old Lady could get a boost with the game at hand against Napoli, although they lost a recent league fixture at Naples.

Cristiano Ronaldo is once again on the scoresheet as he opened the scoring at Verona. They couldn't hold on for the three points, though, with the mid-table side equalized with Antonin Barak's header inside the final fifteen minutes. It's Juve's seventh draw in the overwhelming season. Ronaldo, 36, meanwhile, leads the goal-scoring chart with 19 goals.

The match kicks off at 19:45 on Tuesday 2nd March 2021, and the entire game is available on Premier Sports.

In their first-ever Serie A season, Spezia overachieved as they now sit seven points off the bottom three. There are some memorable moments; the debut win at Udinese, beating Napoli at Stadio Diego Armando Maradona with ten men, the cup success against Roma and the victory over AC Milan that ended the Rossoneri's away record. The weekend's draw against Parma was equally important.

Losing to 19th-placed Parma could've dragged Spezia to the equivalent of the relegation battle. And, within the first 25 minutes, Vincenzo Italiano's side found themselves two goals down.

Ghanian winger Gyasi came to the rescue as he scored twice in the second half to secure an invaluable point. Spezia started the month with successive wins against Sassuolo and AC Milan before the defeat at Fiorentina. The draw at Parma kept the ten-point gap between the sides as Spezia are headed in the right direction to achieve their priority.

Spezia has the better head-to-head record against Juve

It may come as a shock, but the lowly Spezia have the advantage over Juve in head-to-head meetings. Juventus' 4-1 win at Alberto Picco stadium earlier this season is the only time they beat Spezia after seven fixtures. Ronaldo had a brace while Alvaro Morata and Adrien Rabiot were also on target.

It was also the first Serie A meeting between the sides. When Juve spent a season in Serie B, they needed an injury-time equalizer from the now club vice-president Pavel Nedved at Alberto Picco. Spezia won the reverse fixture 3-2 as they scored a late winner via Nicola Padoin.

Pirlo would welcome the versatile Brazilian Danilo to the side. Arthur is showing progress on his recovery, but he's not expected to make the squad for the game against Spezia. Morata and Weston McKennie will fight with time to make the squad as Juve won't underestimate their opponents after their weekend's disappointment. The former midfielder thinks his team still has the capabilities to fight for a title defence.

Tomasso Pobega, a 21-year-old midfielder on loan from AC Milan, is a doubt for Spezia with a thigh problem. Ricardo Marchizza and Federico Mattiello, also on loan from Sassuolo and Atalanta, respectively, are the other players who could miss the trip to Turin.

Juve to recover quickly from the weekend's setback?

It's a good opportunity for the defending champions to get back on track quickly after the draw at Verona. Spezia avoided a damaging defeat against Parma as they enter the last third of the season in a comfortable zone.