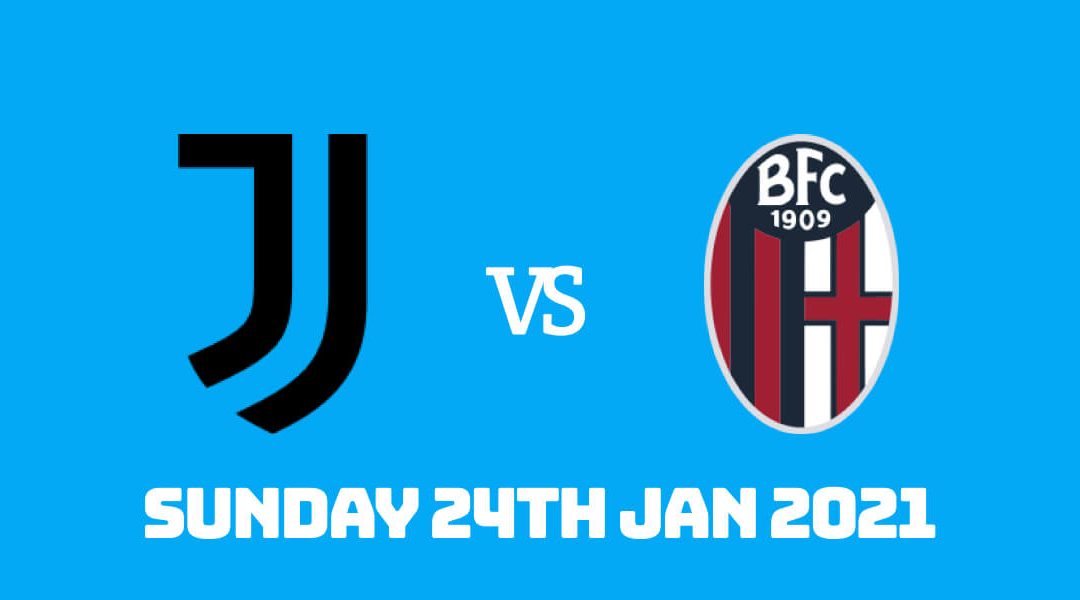 Andrea Pirlo will face one of his favourite sides on his playing days, Bologna, in Sunday’s early Serie A kickoff. Juventus quickly forgot the disappointing defeat at Inter as Pirlo’s first title as a manager arrived in the midweek Super Cup triumph. Bologna eased relegation fears with a narrow win against Hellas Verona last week.

A memorable midweek for Pirlo and Ronaldo

Pirlo had a decorated playing career as he won trophies with both AC Milan and Juventus. His early days in the dugout have not quite been successful as Juventus’s nine successive Serie A title run looks likely to end. However, they still managed to win a trophy with a 2-0 success over Napoli in the Italian Super Cup.

Cristiano Ronaldo was the man of the hour as he scored 760 goals for club and country. Although it was followed by various accounts of Josef Bican’s scoring tally, this puts him as the top scorer of all times. The Portuguese superstar continues to blossom in Italy with the record champions hopeful that he could also lead them to the club’s first Champions League triumph since 1996.

Juventus would face Porto next month in the Champions League knockout round. In the league, Ronaldo leads the scoring chart with 15 goals. But it’s not enough to keep Juventus at the top echelon as the defeat at Inter Milan means they’re now ten points shy of table-toppers AC Milan.

It’s not all dark and gloom, however. Juventus still possess one of the best squads in the league. The recent win against Milan shows they can still regain form to push for a tenth successive Serie A title. They also have one game in hand after their forfeit win against Napoli rescinded. Juve entertains SPAL in the third round of Coppa Italia midweek.

Another big test for Bologna after ending a winless run

Bologna’s win against Verona was nothing emphatic. In a scrappy affair, Bologna attempted 20 shots, but only one-fourth of them were on target. And the winning goal arrived courtesy of a penalty-kick from Riccardo Orsolini, who arrived from Juventus in 2019.

But it was momentous as it marks Bologna’s first win since November. Sinisa Mihjalovic’s side draws five games straight at one point, but they were winless in eight since beating cellar-dwellers Crotone. Their next two games would see them face champions Juventus and leaders AC Milan.

Veteran striker Rodrigo Palacio, who is more known for his tame miss in the 2014 World Cup final, is scoreless since the second matchday. Midfielder Roberto Soriano is the team’s top scorer with six goals and seven assists. Orsolini and Gambian’s Musa Barrow are the only other Bologna players who scored more than two Serie A goals this campaign.

At the other end, Bologna only managed to keep two clean sheets. Adama Soumaoro joined the club in January from Lille in hopes of bolstering their defensive record. The 28-year-old has over a century of Ligue 1 appearances to his name. Although the win against Verona put them in 12th place, Bologna is only seven points off the relegation zone.

Juventus enjoys the sight of Bologna

Each of the last nine fixtures between the sides saw one winner. We have to go back a decade for Bologna’s last win against the Old Lady when Marco Di Vaio scored a brace.

This could be the last league fixture before Paulo Dybala returns to the squad. Meanwhile, Merih Demiral and Matthijs de Ligt would be absent at the back, but the return of Giorgio Chiellini would fill the gap. Like the Netherlands international, Alex Sandro is out of the side due to COVID-19.

Combative Chilian midfielder Gary Medal is on the sidelines as he is restricted to nine Serie A appearances this season. Striker Federico Santander and fullback Ibrahima Mbaye are the other key Bologna players unavailable for selection, due to injuries.

A routine win for Juventus?

Although it’s not been a good Serie A season compared to their dominance in the past, Juventus only lost once at home this season. Bologna, who only picked six points away from home, is not expected to trouble the Turin side on Sunday.