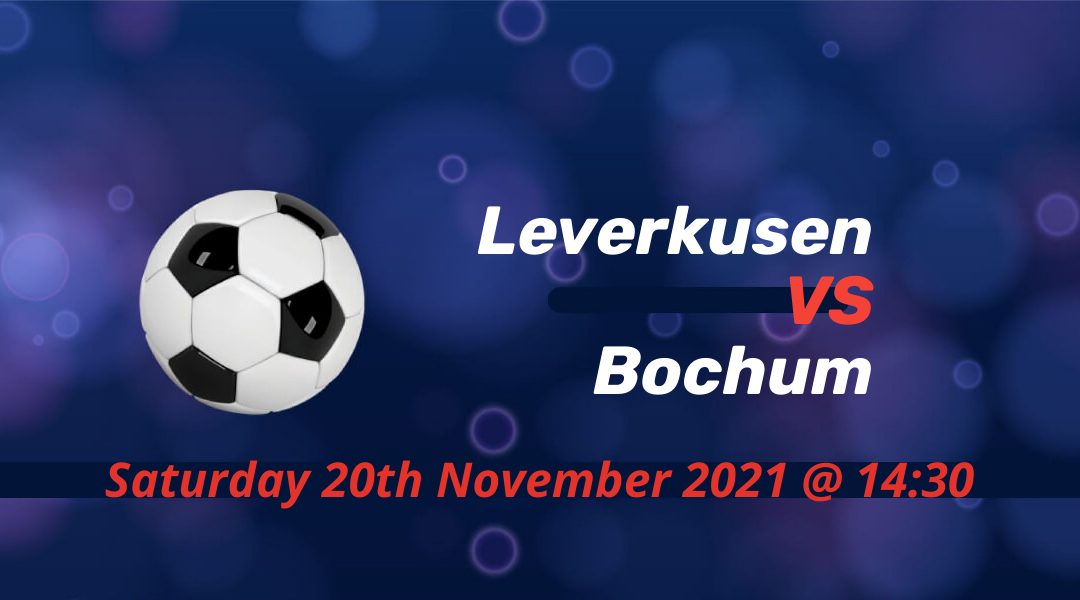 Bayer Leverkusen host newly-promoted Bochum in one of the early Saturday fixtures as Gerardo Seoane’s side hope to return to winning ways in the league. Following their excellent win against Real Betis, Leverkusen failed to return home with three points from Union Berlin before the international break. Bochum did win their last match, not least with some style.

Leverkusen continue to struggle after a promising start

For years, Leverkusen made a name for themselves for their moniker name Neverkusen. The fact that they usually left empty-handed after being in contention throughout, albeit not as the cruel 2001-02 season, stands out in people’s minds when talking diverted to Leverkusen.

Their run looks to only last a few months since last season, however. Before the last game of 2020 against Bayern Munich, Leverkusen lead the way in the league table, but a late defeat kickstarted an awful run which finally led to Peter Bosz’s departure.

It only takes a few rounds this time around. Leverkusen started the campaign in exhilarating form and they were superb even in their 4-3 defeat to Borussia Dortmund. But, when their second league defeat came against the usual suspect, Bayern, they gave up. They only collected two Bundesliga points and knocked out of Pokal since conceding five first-half goals against Bayern.

Bochum’s game against Hoffenheim wasn’t the top fixture of last round’s early Saturday games. And it went that way for a while. The first half lacked any attacking intent from both sides with Ihlas Bebou’s half-chance the only attempt in the first 45 minutes.

But it all went ballistic after the break. When Bochum had a chance to double their lead from a penalty-kick, their goalkeeper Manuel Riemann took the initiative. The fan-favorite put Bochum through to the third round of Pokal with the final spot-kick against FC Augsburg.

But it didn’t work this time. Although Oliver Baumann went the wrong way, his counterpart’s shot was way off target. Luckily for Reimann, Bochum clinched the win when Milos Pantovic scored from his half with Baumann in the other box for a late corner-kick. Bochum recorded their third consecutive home win on a memorable night.

Bochum’s last win in Leverkusen was back in 2007

The two teams rarely lock horns with Bochum spending the last decade in second-tier. Their last win at Leverkusen was memorable in which Stefan Kiessling saw one of his two red cards in a long Leverkusen career.

One of the reasons for Leverkusen’s inconsistent form is the number of star players currently on the sidelines. Patrick Schick and Florian Wirtz were not with their respective national teams due to injuries. Karim Bellarabi, Charles Aranguiz, Mitchel Bakker and Julian Baumgartlinger are already out of the team for quite some time.

Robert Tesche, who saw a red card a couple of minutes to his return to Bundesliga against Wolfsburg, Gerrit Holtmann, scorer of one of the goals of the season in the win against Mainz and top-scorer Simon Zoller are all out with serious injuries.

When they dispatched Arminia Bielefeld 4-0, it looked like Leverkusen propelled Dortmund and Leipzig as Bayern’s suitors. Things turn for worse, however, with just two points from the next four league games. Meanwhile, Bochum picked up consecutive home wins in the Bundesliga.