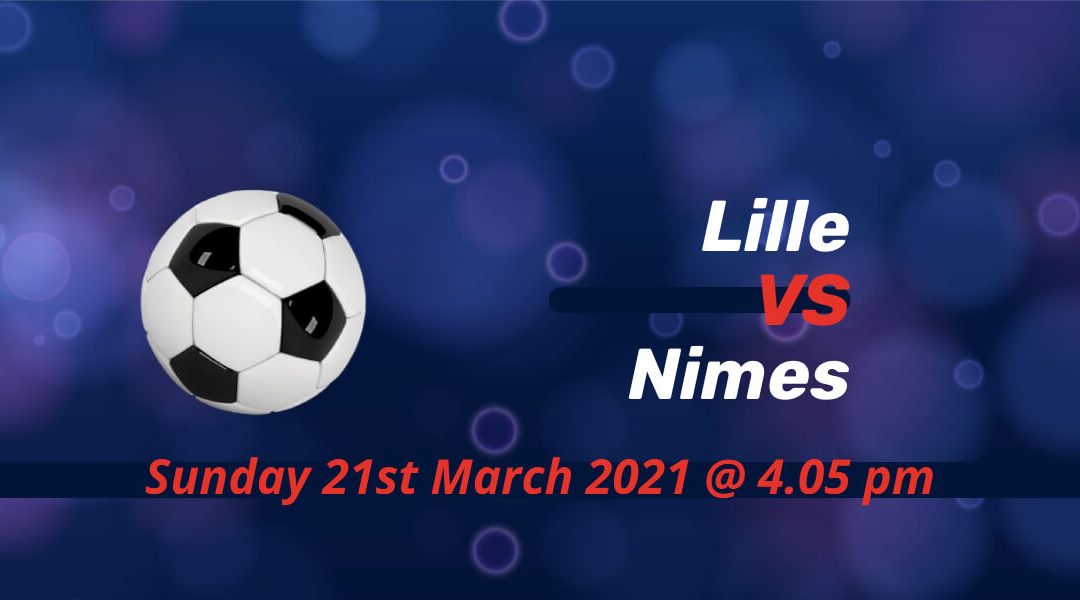 Two teams at the opposite end of the table lock horns on Sunday as league leaders Lille host relegation fighters Nimes Olympique. Lille extended their lead at the top of Ligue 1 to three points despite a goalless draw at Monaco as PSG lost at home to Nantes against all odds. Nimes drew their last two home games in their battle to avoid the drop.

A break from their Ligue 1 rivalry, Lille and PSG faced in the Coupe de France this midweek. The star-studded PSG side won the fixture 3-0 with Kaylor Navas also saving a penalty-kick from Yusuf Yazici. With Lille already out of the Europa League, they now have only Ligue 1 to play for.

The race for the league title is slightly unexpected from Lille’s point of view. They finished last season in Europa League places before the campaign interrupted due to COVID-19. But few expected they would repeat another successful season in both domestic and European fronts.

Lille performed admirably in a group of AC Milan and Celtic, with a historic win at San Siro the standout with Yazici scoring a hattrick. They also lead the way for a while in Ligue 1 as they prove the strongest challengers to end PSG’s dominance at the top of French football. Defensive stability is the key behind their solid season, as Christophe Galtier only conceded 17 goals after 29 rounds.

Nimes in a three-way relegation battle

It’s not long since Dijon were one of the three clubs in 15 points in the red zone. When the other sides improved vastly, Dijon is still stuck there, meaning there is no doubt on the club who would finish bottom of the table like last season’s Toulouse.

Lorient are currently out of the bottom three, but they are only two points ahead of Nimes, who are placed in nineteenth place. After their excellent comeback win at PSG, Nantes placed in between the two clubs trailing Lorient by a single point.

The fight to avoid the drop between the three clubs would probably go until the final matchday. Nimes has a far worse goal difference, which could be a disadvantage if the sides locked at the same points after the 38th matchday. As things stand, Nantes are placed in the playoff spot.

Lille unbeaten in nine against Nimes

Burak Yilmaz’s strike helped Lille to another win against Nimes earlier this season. The game was played a couple of months ago at Stade des Costieres with Nimes sitting bottom of the table.

Yilmaz is now back to the Lille side after missing the past few months due to a calf injury picked up in the reverse fixture against Nimes.

There are no injuries from Nimes squad for the trip to the league leaders.

Lille have a chance to pile up the pressure on fellow title challengers PSG and Lyon before the duo faced each other later on Sunday. It’d be a tricky proposition for Nimes, but they could take inspiration from last weekend’s result at Parc des Prince when Nantes beat PSG.