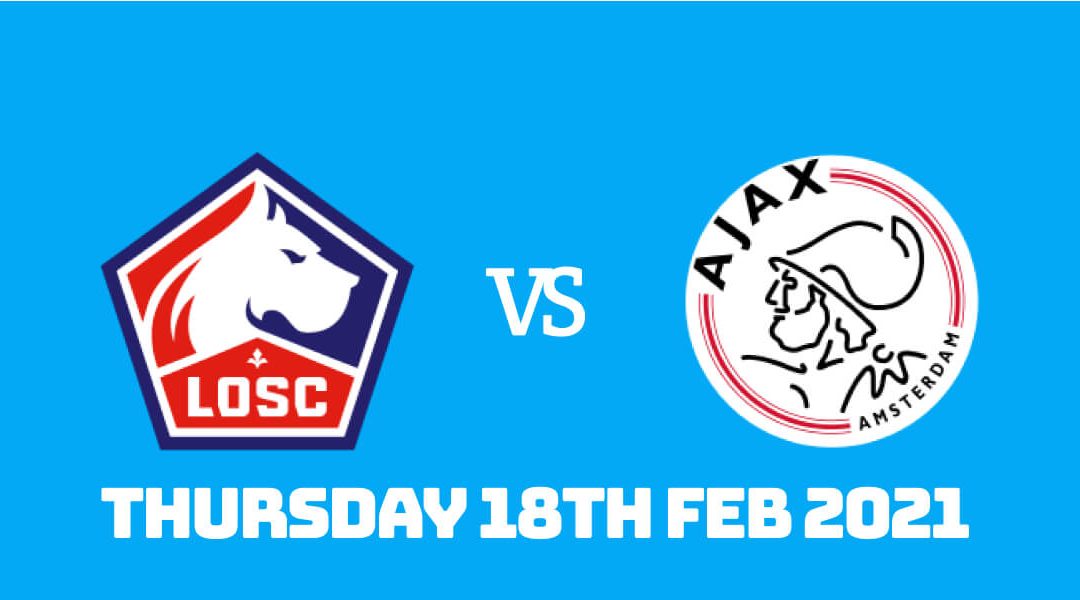 Ligue 1 and Eredivisie leaders Lille and Ajax go head-to-head for the second year running. Christoph Galtire's side only managed a goalless draw against Brest on Sunday, but they're still sitting top of the standing in France. With a win at Heracles Almelo, Ajax extended their lead over PSV to six points while they have a game in hand.

Defence the key to Lille's success

Since their home defeat to Angers, Lille kept seven clean sheets in their last eight games. This is key as they're far from a free-scoring side despite their position on the table. After comfortable wins at Bordeaux and Nantes, they failed to break Brest's resistance on the weekend.

With Lyon losing at home to Montpellier, they maintained their surprise lead in the standings, however. Meanwhile, title favourites PSG closed the gap to a single point as they're the only club to win their fixture in the weekend from Ligue 1's top seven teams.

Lille will not find the going easy as Lorient, who recently recorded some great results against big teams, is their next assignment. They first need to deal with the Europa League first-leg tie against Ajax, however. Lille recorded a famous 3-0 win at San Siro against AC Milan in the group stage thanks to Yusuf Yazici's hattrick.

The match kicks off at 20:00 on Thursday 18th February 2021 and whole game can be watched live on BT Sport.

Ajax marching on league title despite a tough month

Ajax are in fine form in Eredivisie standings as six successive wins put them in pole position. The comeback draw against PSV in the first game of 2021 was key as Ajax has gained momentum since then while Roger Schmidt's side lost ground in the title race.

Ajax also knocked out PSV in the cup with the headline story coming from the German coach as he fumed over VAR decisions. After their cup win against PSV, Ajax followed it up with a 2-0 success at Heracles. Winter signings Davy Klaasen and Sebastian Haller scored the goals for the league leaders.

The French striker isn't eligible to play in Europa League, however. Ajax officials forgot to register the former West Ham striker in due time despite signing with a record fee for the Amsterdam club.

The teams were in the same group in last season's Champions League. Erik ten Hag's side won both fixtures scoring five and conceding none in the process. Hakim Ziyech, who joined Chelsea in the summer, and Quincy Promes scored the goals for Ajax in the 2-0 win at Stade Pierre-Mauroy.

Burak Yilmaz missed the last six games due to a calf injury, and he's not expected to make the team here as well. In his absence, fellow Turkish international Yazici became the star striker for Galtier's side.

In addition to Haller, Ajax will also be without Andre Onana; he has been fined for a year after testing positive for a banned substance. Hopefully, the ban will be minimized as it's reported he only accidentally took his wife's medicine. Promes, who scored in both legs against Lille last year, also had a controversy recently but he's back to the squad after he was released from jail.

Haller will be a key absentee as he has boosted their attacking line since he arrived at Ajax. Klaas-Jan Huntelaar also left the club in January, leaving ten Haag with limited options for the trip to Lille. Galtier's side will continue to rely on their solid defence as they hope to repeat their surprise league form in the continental front.