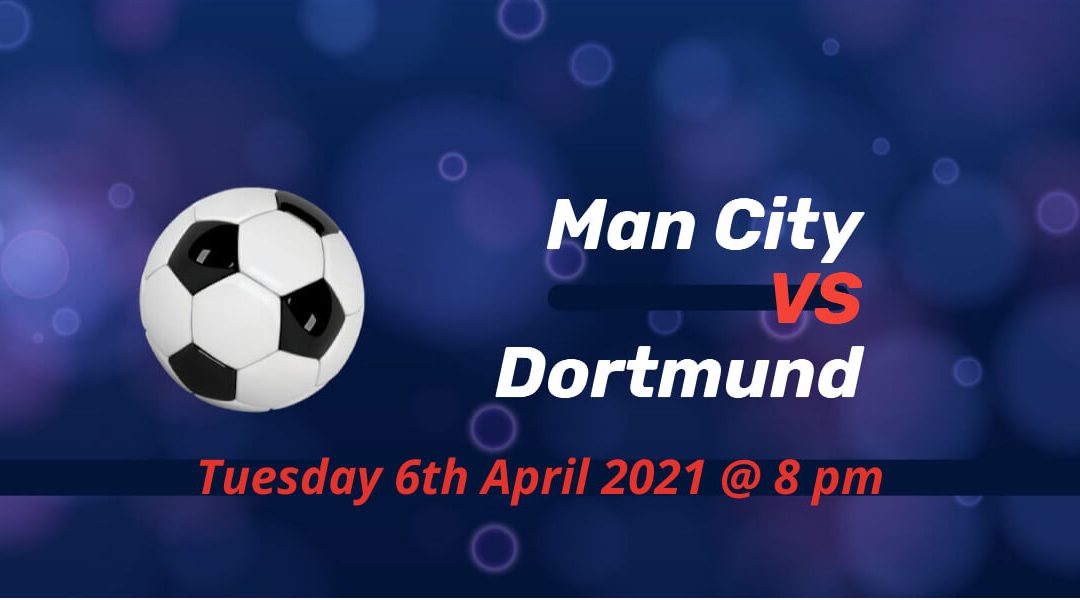 Struggling Borussia Dortmund travel to Manchester City in the first leg of the Champions League quarterfinal tie. City were 2-0 winners in the top of the table clash at Leicester as they move another step closer to the league title. Edin Terzic's side succumbed to another setback, with a home defeat against direct competitor Eintracht Frankfurt leaving them seven points adrift of the top four with as many games left.

On paper, the clash against Leicester was a game between the leaders and the third-placed team. But there was a 19 points gap between the teams before the match. Pep Guardiola's City found the competition too easy in the English Premier League this season.

They extended the lead over Leicester to a staggering 22 points with two second-half strike. The left side of the City's attack produced the goals, with Benjamin Mendy and Gabriel Jesus breaking Leicester's resistance.

The Brazilian played in the wing with Sergio Aguero leading the line after the news of him leaving the club in the summer was made official. The Argentinian is on the transfer list of many English clubs after his successful time at the Ethiad comes to an end. However, it remains to be seen whether he'd be interested in playing for another Premier League club.

Borussia Dortmund celebrated the 47th year of Westfalenstadion on Friday. The game against Frankfurt was a perfect opportunity to mark the occasion. Still, Terzic's side couldn't take the advantage on home soil.

Nico Schulz's own-goal was cancelled by a scrappy Mats Hummels' strike at the stroke of halftime. Frankfurt were the better side after the break, with chances aplenty before Andre Silva's winner five minutes from time.

Filip Kostic was the star once again with two more assists to his name, while Thorgan Hazard and Marco Reus were largely ineffective. There is a sense that Dortmund can't keep Jadon Sancho and Erling Haaland beyond the summer without Champions League football.

Pep with a slightly better record against Dortmund

This would be the third time the two teams face each other in a competitive outing. They were in the same Champions League group in 2012-13 in the one billed “Group of Death” with Real Madrid and Ajax rounding up the teams. Dortmund beat City and managed to salvage a point from England on their way to reaching their first Champions League final.

Pep faced Dortmund eleven times in his Bayern days with a record of six wins and four defeats.

There are no injury concerns for Pep's side ahead of the home tie against Dortmund.

Jadon Sancho won't be ready to face his former club, but he hopes to show them his qualities in the return leg next week. Terzic featured many midfield pairings, but the absence of Axel Witsel will be significant in such a crucial tie. Dan-Axel Zagadou and Youssoufa Mokoko are also out of the rest of the season.

City to kill the tie in the first leg?

City are the huge favourite in this tie. However, it might not be as easy as the previous round games against the other Borussia. Pep's side could have recorded a far-telling scoreline that aggregated 4-0 against Monchengladbach. Still, they won't take it easy here, with Dortmund possessing enough quality to turn results despite their uninspiring season.