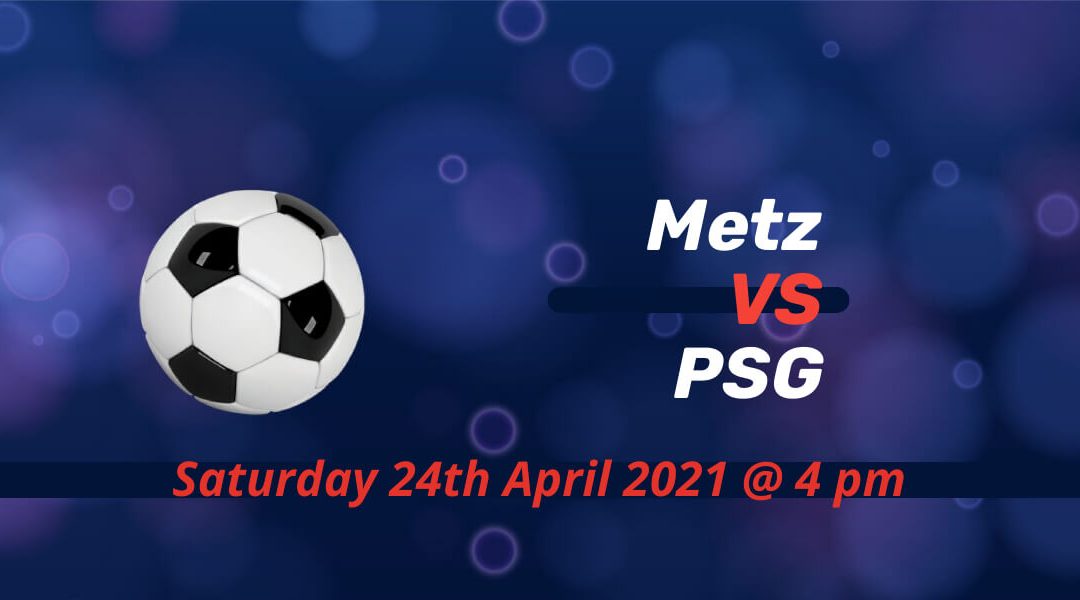 PSG hope to continue their good run when they travel to Metz on Saturday in Ligue 1. Mauricio Pochettino’s side progressed to the semifinal of the Coupe de France with absolute ease after a 5-0 victory over Angers. Metz are winless in six games despite ending their three-game losing streak at Reims last week.

This season’s Ligue 1 has a lot of feel-good stories from top to bottom. Even if we ignored the four teams title race, the race for the remaining European positions includes a newly-promoted Lens and another minnow in Metz.

But the recent results saw Frederic Antonetti’s side dropped to ninth in the standings. At the same time, Rennes and Olympique de Marseille gained ground following their managerial changes. Metz only collected two points in the league since the start of March.

Their last goal also dated back to the final game in March, which ended in a 3-1 defeat at home to Rennes even though the visitors played the majority of the game with ten men. After that, Metz lost to title hopefuls Monaco and Lille before a goalless draw against Stade Reims, who also enjoyed a good season considering preseason expectations.

After all the drama this week, Nasser Al-Khelaifi is selected as a new chairman of the European Club Association (ECA). PSG was one of the clubs to let the world know of their position on the European Super League proposal. However, their decision also brought some conspiracy theories.

PSG also delivered on the pitch during all the mess for European football. They narrowed the gap with league leaders Lille on Sunday, but it was far from a straightforward victory.

In a game that had little until the final 15 minutes, Saint-Etienne gave PSG a real scare, with both teams scoring in injury time. Kylian Mbappe was the architect of the comeback. Still, Mauro Icardi has the last say with the winning goal to crash the visitor’s hearts in an epic end to the game. The Italian scored a hattrick in midweek’s win as he means business after coming from an injury.

PSG won each of the last ten games against Metz, but the last one is once again far from a comfortable victory. After Abdou Diallo’s red card, PSG struggled to get going, but they were saved by Julian Draxler, netting the winner in the third minute of injury-time.

Metz’s winger Warren Tchimbembe is currently on the sidelines as he couldn’t help his side return to form in the final weeks of the season.

Kaylor Navas returned to the side in the return leg against Bayern after being substituted midgame against Saint-Etienne. Still, he’s out again with a shoulder injury. Captain Marquinhos is another significant absence for the side that still does not get the services of Diallo, Juan Bernat, Marco Verratti and Rafinha.

Three wins in a row for PSG before the first leg against City?

Pochettino’s old side Tottenham Hotspur is looking for their first title in a long time on the weekend, but the Argentine has a chance to end the season with a treble at PSG. But it’d be a considerable task on all three fronts in the space of a couple of months. The following games against Metz and Manchester City, who also aim for a treble, will have a massive say in their fate.