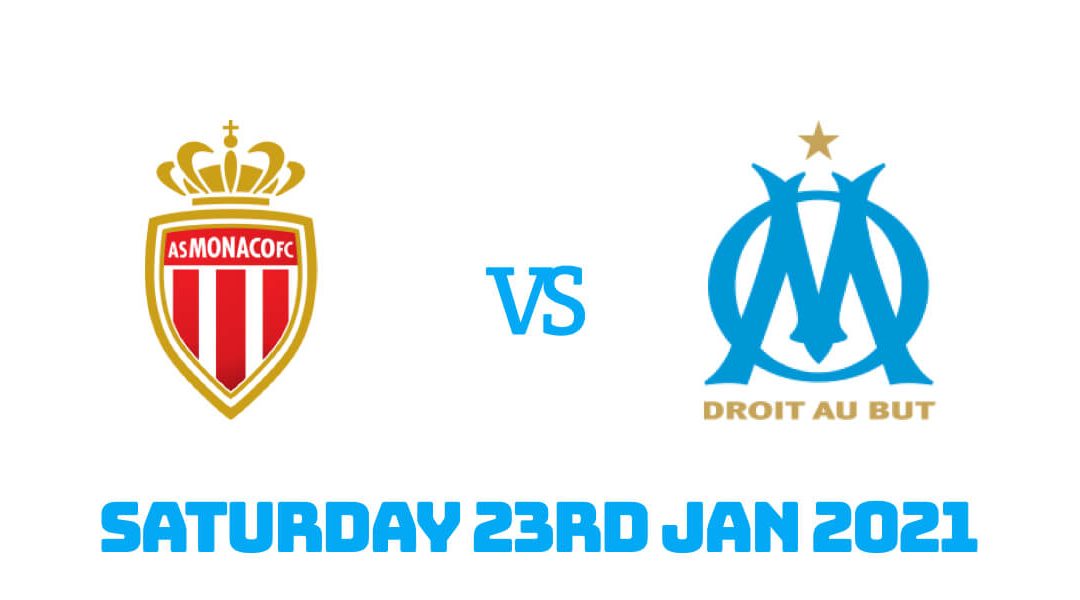 Two teams in contrasting form meet in the late Saturday Ligue 1 fixture. AS Monaco won their last three games to climb up to fourth in the league, scoring eleven goals in the process. Since their triumph in the reverse fixture against Monaco, Olympique de Marseille only managed a single win from their last eight games.

Monaco target a return to Europe

PSG won seven of the last eight Ligue 1 titles. Monaco was the only club to have their say in this era with a sensational title back in 2016-17. That side had emerging stars like Fabinho, Bernardo Silva and Kylian Mbappe. Coupled with the vast experience of Radamel Falcao and Joao Moutinho's likes, Monaco was able to upset the star-studded PSG side with a fast fluid attacking football.

As it's been the case a few seasons back, Monaco had to build a completely new side after losing star players due to transfers. This resulted in two disappointing seasons for Monaco. They barely escaped relegation only two seasons after lifting the title. Last season was also substandard as they were ninth when the league ended abruptly. They also knocked out of both cup competitions at the round of 16.

European football could return to Stade Louis II next season, however. Monaco's new coach Niko Kovac had a tough time with Bayern, but he won trophies both with the modest Eintracht Frankfurt and the Bavarian giants. He builds an exciting side in Monaco as they only kept five clean sheets while failing to score in only two of his first 20 Ligue 1 encounters.
Wissam Ben Yedder was Ligue 1's joint top scorer last term as he had a solid partnership with Islam Slimani. The Algerian moved on, but the signing of Bayer Leverkusen's Kevin Volland blossomed a new partnership up front for The Monégasques. The two strikers scored 19 of Monaco's 39 Ligue 1 goals this season.

AVB under pressure with Marseille's slump

Andre Villas-Boas worked wonders on his first season at Marseille. He was able to return Champions League nights to Velodrome for the first time since 2013-2014. Thanks to Marseille's astute business in the transfer market with a limited budget and AVB's tactical acumen, Marseille built a solid team.

Villas-Boas's second season at Marseille is not going according to plan, however. The departure of football director Andoni Zubizarreta in the summer nearly ended his stay at Ligue 1. He finally stayed put, but the results haven't been the same. Marseille still has one of the solid defences in the league, but they struggled to create chances at the other end.

Dario Benedetto is still having a hard time repeating his Boca Juniors goal-scoring feet. Meanwhile, the highly-rated new arrival Luis Henrique only played 39 minutes of league action so far. On his return from a long-standing injury, Florian Thuavin is OM's best attacker with six goals and seven assists in 19 Ligue 1 appearances.

However, there are more movements in the January transfer window as the board keeps faith in Villas-Boas. Marseille finalized the transfer of Polish international Arkadiusz Milik on an initial loan deal from Napoli. Netherlands international Kevin Strootman left Marseille as he returned to Serie A with a loan move to Genoa. There are also strong links with Morgan Sanson and Aston Villa, although Marseille officials are not happy with the Premier League side's initial offer.

The all-round attacker Valere Germain scored six goals in this fixture, which is only bettered by Marseille's legendary striker Jean-Pierre Papin. Half of his goals came before 2017 when he was a Monaco player. Germain, who also played a season at Nice, has never lost to Marseille in seven matches.

Marseille won at Monaco in their last two Ligue 1 trips. Their 2019 win in Stade Louis II was noteworthy as they scored four goals in the space of fewer than thirty minutes after Monaco opened up an early 2-0 lead.

Midfielders Cesc Fabregas and Florentino are the only Monaco players who are unavailable for selection in this game. Aleksandr Golovin awaits his first appearance of the season after coming back from a hamstring injury.

Torn muscle injuries would probably keep Marseille's Jordan Amavi and Boubacar Kamara out of Monaco's trip. After missing the midweek defeat against Lens, Alvaro Gonzalez would be back to the side. New signings Pol Lirola and Milik would be further options for AVB in the second half of the season.

Monaco to continue resurgence with an emphatic win?

If we consider the current form of the sides, there would only be one winner from this. Marseille's captain Steve Mandanda came out blasting their awful performance of late as he calls on his teammates to show character. However, the sun is shining on Monaco as a fourth successive win can put them closer to a Champions League spot.