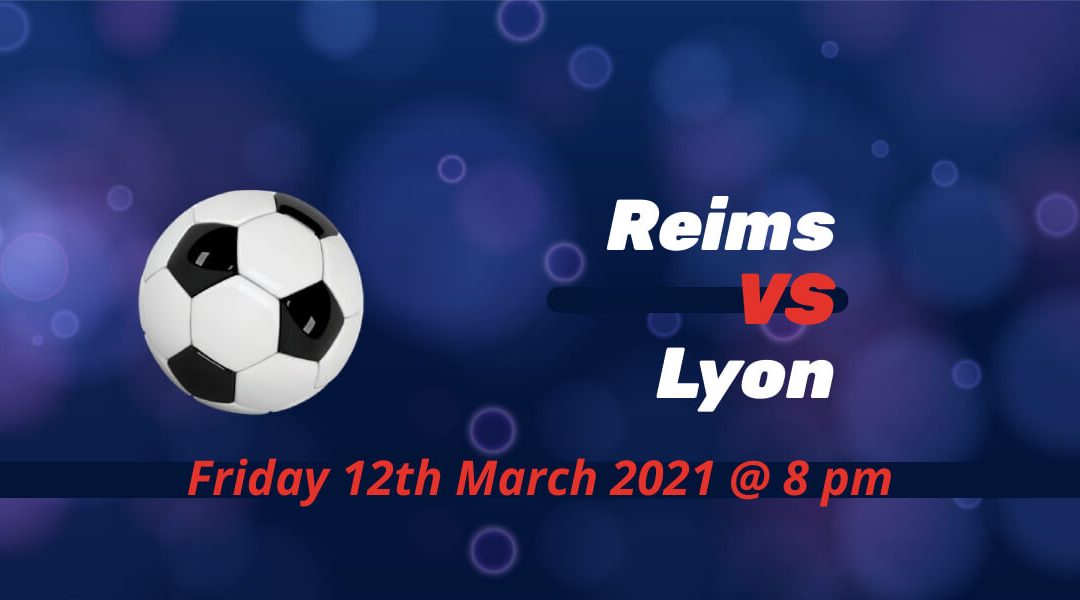 Olympique Lyon can climb to Ligue 1 summit with a win at Reims on Friday at least until Lille and PSG play later in the weekend. Lyon remained in contention as they’re only three points behind surprise league leaders Lille. Reims ended a three-game draw streak with a 2-1 win away at struggling Nantes.

Reims only lost once in the last eight Ligue 1 fixtures

It hasn’t been pretty, but Reims consistently gets results with their solid defensive organization. The last eight games involving the Red and Whites only had ten goals. Reims managed to keep the clean sheet on half of these occasions.

The 2-1 win over Nantes was the first time three or more goals were scored in Reims’ game since they lost by the same scoreline against Lille in mid-January. Yunis Abdelhamid completed the comeback win for Reims with the winning goal a minute before the end of the regular time.

David Guion’s side made a complete shift in the winter break. They were one of the teams to watch in Ligue 1 as a thrilling 4-4 draw at newcomers Lens could be a perfect example. Things changed since January, however, as Reims looked more solid at the back and struggled to find goals at the usual rate.

Lyon in the title race with all their weakness

The Kids are enjoying a decent season without continental football involvement. It paved the way for their surge to Ligue 1 title, with Lille and PSG also in contention. Lyon showed great promise at times, but they consistently fail to take advantage against lowly opponents that dragged them to third at the moment.

Their last two games saw them clash against two of Ligue 1’s unstable side managed by interim coaches. They could only salvage a point against Olympique de Marseille, a club that has been in turmoil for the majority of the season.

Lyon managed to pick up all three points against Rennes the last midweek, however. The visitors played the game after Julian Stephan departed the club. Still, they were a tough nut to crack against the title hopefuls. Houssem Aouar scored the all-important goal for his fifth strike of the season.

Lyon won seven times against Reims, while they only lost four times in 13 meetings. However, Guion has a decent record against Lyon with two wins and a single defeat from five outings. Rudi Garcia also has a positive record in games versus Reims, with only two losses from 13 encounters.

The former Marseille coach has won seven times against Reims in his career, the last of which came in the reverse fixture. Karl Toko Ekambi, Bruno Guimaraes and Moussa Dembele, who left Lyon in January, scored the goals in a comfortable 3-0 win for OL.

No Reims or Lyon player is currently on the sidelines because of injury or suspension, so both coaches have options aplenty for Friday’s game.

Lyon to put the pressure on the top two?

Reims would make it hard for Lyon considering their decent form and recent improvement defensively. Lyon struggled to open up teams when they faced conservative sides this term, but this is a good opportunity to pile up the pressure at the top of the standings.