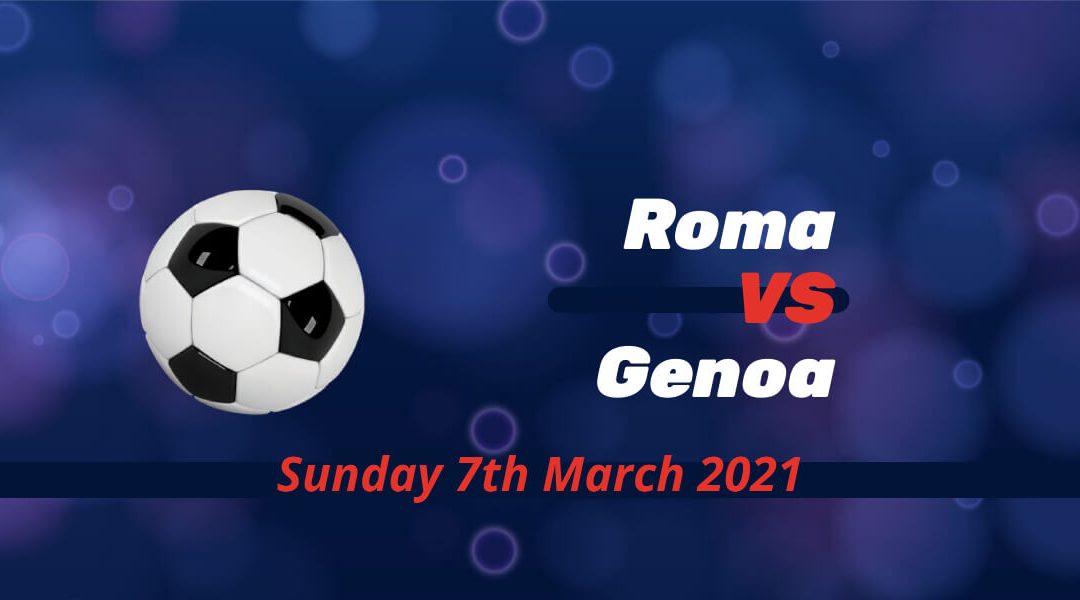 Champions League football hopefuls Roma host Genoa, who are currently in four games winless run. The Giallorossi keep struggling to get points off the big clubs, but they come to this fixture on the back of an away win at Fiorentina. Genoa drew in the heated derby against Sampdoria in the midweek.

Roma fight back after another defeat in the big game

Roma’s big problem this season is failing to get points off the top seven sides. Apart from the opening day forfeit defeat against Hellas Verona, all their losses came in games against fellow teams posing for European places.

After losing 2-1 at home against AC Milan, Roma returned to winning ways with the 2-1 success over struggling Fiorentina in Serie A. They await the Europa League night against Shakhtar Donetsk on Thursday as the two teams face each other in the first leg of the round of 16.

Amadou Diawara, whose involvement in the game mentioned above at Verona reversed the goalless draw, scored the winning goal in Florence two minutes from time. The visitors looked the better side, but they had to wait for Leonardo Spinazzola’s opening strike in the early minutes of the second half.

Fiorentina levelled the score through a goal by the same player as Spinazzola diverted Christian Biraghi’s cross to his own net. The hard-tackling Guinean midfielder decided the fixture as the win lifted Roma within two points of fourth-placed Atalanta.

The match kicks off at 11:30 on Sunday 7th March 2021, and the entire match will be available on Premier Sports.

Davide Ballardini has changed Genoa’s fortunes since he replaced Rolando Maran at the helm. They were in 19th place before Ballardini returned for the fourth time as a Genoa coach. He started with a decisive 2-1 win at Spezia in the final match of 2020.

It was Genoa’s first win since the first matchday. He followed it up with four wins in 2021 as Genoa now breathe freely outside the bottom three. Following the derby win, they’re seven points clear of Torino, whose initially forfeited defeat now awaits a further decision.

Davide Zappacosta scored a cracker in the derby against Sampdoria, but the visitors salvaged a point through Lorenzo Tonelli’s header. In the end, derby bragging rights didn’t fall to any of the sides, with Sampdoria holding onto their tenth place in the standings.

Roma unbeaten in last 13 against Genoa

Genoa are Roma’s favourite opponents. The last time Roma lost to Genoa at home is in the 1989-90 season. They are also unbeaten in the 13 last meetings, with ten wins in that period.

The reverse fixture ended in a 3-1 win for Roma at Genoa. Henrikh Mkhitaryan scored his first hattrick in Italian football after joining them permanently on a free from Arsenal.

The goal-scoring exploits of Mkhitaryan and Jordan Vertout helped Roma immensely this season. They’ll not get the service of Vertout for at least a month, however, after an injury picked up in midweek in Florence. Edin Dzeko, who is not Paulo Fonseca’s choice anymore, could also miss this fixture with an adductor injury.

Nicolo Rovella, a 19-year-old midfielder on loan from Juventus, will not make the trip to the capital due to an ankle injury. Luca Pellegrini, who is also on loan at Genoa from the same club, will be out until April with thigh problems.

Roma to continue pushing for a top-four place?

These kinds of fixtures are where Roma thrived this season. None of their defeats came against teams outside the top seven. Genoa had a good run with four wins in five games, but they’re now stuck in the standings failing to convert draws to wins.