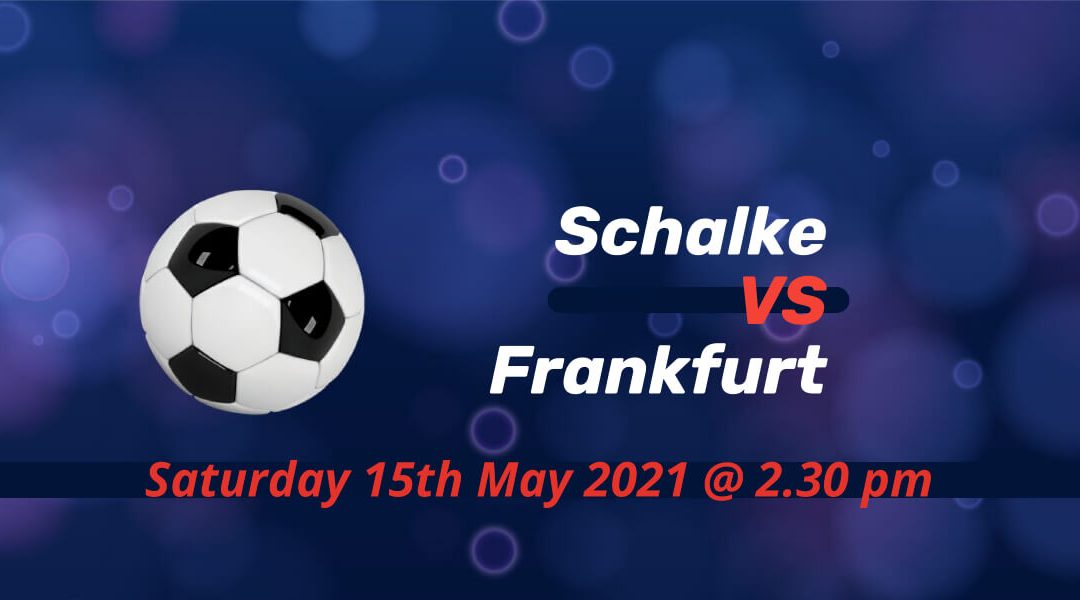 Eintracht Frankfurt would try to combat to return to the top four when they travel to already-relegated Schalke 04. The Gelsenkirchen club had an awful campaign, but they showed great fights in each of their previous two games. Frankfurt dropped valuable points at home to Mainz that led Borussia Dortmund to regain their Champions League position.

Schalke combative against Hoffe and Hertha

Schalke’s only two wins of the season came against Hoffenheim and Augsburg. They were close to repeating the feat against the former last weekend. The First Bundesliga goal from Shkodran Mustafi and former Hoffe striker Mark Uth put Schalke 2-0 up in the break at the Pre Zero Arena.

But Sebastian Hoeness’s team turned the tables in the second half to record a comprehensive 4-2 victory. The 23rd defeat of the season came four days later against Hertha Berlin.

Again, Schalke scored first, with Amine Harit showcasing his skills with a well-taken strike. In a game that could’ve gone either way, Hertha finally secured valuable three points as Schalke head into their final two Bundesliga games until, at least, 2022-23.

Frankfurt lost the plot in the final stage

The news of Adi Hutter’s departure could play its role — Eintracht lost 4-0 at Gladbach in his first game after he signed for, well, Gladbach — but they’ve been a real mess in recent weeks.

It’d have been a first appearance in the Champions League for Frankfurt, who last played in the European Cup in a memorable final against Real Madrid half a century ago. But it all looked to crumble in the final hurdle.

Frankfurt extended their lead over Borussia Dortmund to seven points after Andre Silva netted the winner at Signal Iduna Park. But they lost to Gladbach and Bayer Leverkusen before the underwhelming draw against Mainz in hot weather.

Hutter won four of his five games against Schalke

The Austrian coach only lost once in five meetings against Schalke. He could only face them in the cup next season as they’re relegated after 30-years. The reverse fixture was Luka Jovic’s first game back in Eintracht, and he scored twice after coming off the bench. That equals his whole Real Madrid tally.

Andre Silva scored the opener in a 3-1 victory for Frankfurt. It was also the final game of David Abraham at Eintracht. The match referee Manuel Grafe took the Argentinian defender’s shirt home after blowing the final whistle.

Benjamin Stamboui, Hamza Mendyl, William and Matja Nastastic will be absent from Schalke’s defensive unit. Omar Mascarell and Nassim Boujellab are also out of the game. At the same time, skipper Sead Kolasinac is suspended after picking up his fifth yellow card on Wednesday.

Almamy Toure has a slight chance of returning to the field before the end of the season.

Frankfurt to put Dortmund under pressure?

The last two rounds of Bundesliga fixtures played on the same date in Germany until next season. Yet, as Dortmund was involved in Thursday’s cup final, their game against Mainz rescheduled for Sunday. So Frankfurt can climb back to fourth in the standing for, at least, a day before Edin Terzic’s side played their game.