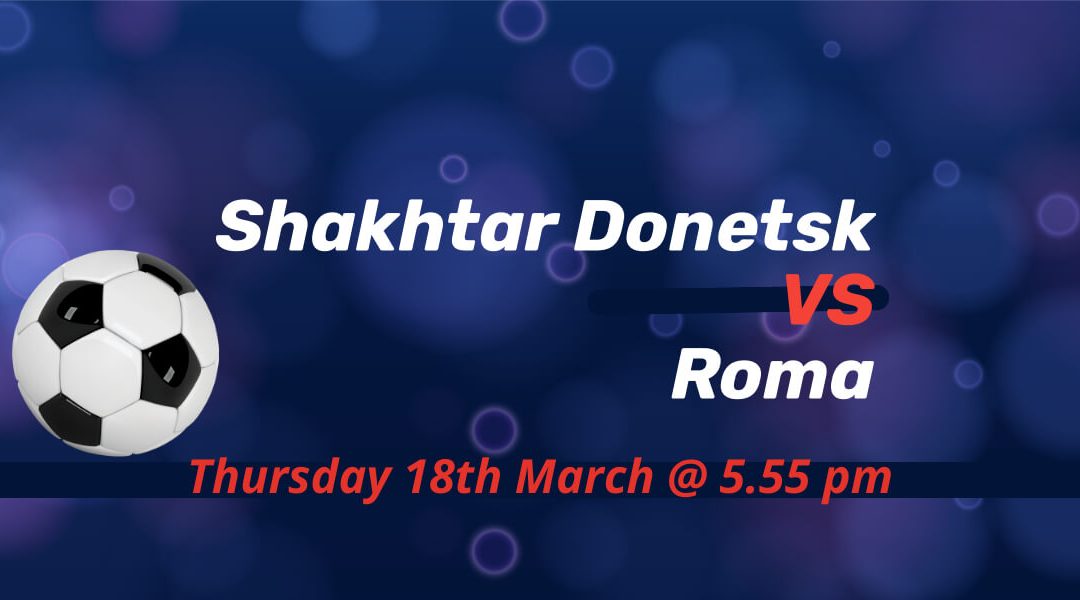 Roma hope to be on Friday's Europa League draw by completing the job against Shakhtar Donetsk. Paulo Fonseca beat his former employers last Thursday with a comfortable 3-0 scoreline in the first-leg. Roma lost to relegation-threatened Parma on Sunday, however. Donetsk are still chasing Dynamo Kyiv in Ukraine Premier League, but they were 4-0 winners against fourth-placed Desna on Sunday.

At the first time of asking, a cup defeat trailing Kyiv by four points in league with only seven games left and a 3-0 first-leg defeat in Europa League – Donetsk look to have the season completed without any trophy.

Luis Castro had a memorable run in last season's Europa League in Germany. Still, they lost 5-0 in the semifinals to Inter. They were dominant against Wolfsburg and Basel before finding themselves in the receiving end of a spanking in the last four.

They had the same outcome in this season's Champions League. There were some superb nights and solid performances against record champions Real Madrid, and this time, Inter. But they conceded ten goals in two games against Borussia Monchengladbach, who never progressed from the Champions League group before this season.

Roma face a huge setback in Serie A

The competition for European places in Italy is getting more fierce every year. There are many teams in contention as six teams fight over the Champions League and Europa League spots, with only eleven games remaining in the season.

Roma are not one of the teams that have a game in hand, and a shock defeat to Parma send them to sixth-place. After narrow wins to Genoa and Fiorentina, Fonseca's team has another setback that could see them out of Europe. This would mean there is no future for the Portuguese manager under the new owners.

It remains to be seen if he can convince them even if they can get a Champions League spot. Still, without European nights it's highly an unlikely scenario. Winning the Europa League could be an option to get the ticket to next season's Champions League, but Roma's form against big teams this season wouldn't fill the fans with optimism.

Roma with a comfortable victory in first-leg

Roma are enjoying a solid Europa League campaign. They won seven of their nine games on the stage as they proved to be one of the favourites to lift the title. Goals from Lorenzo Pellegrini, Stephan El Shaarawy and Gianluca Mancini put them in a good position for a place in the quarterfinals.

Taras Stepanenko will also miss the return leg, as was the first meeting between the sides in Rome. Henrikh Mkhitaryan was substituted off in that game as he is also a doubt for this one.

Big margin for Donetsk to turn the tie in its head?

Donetsk are not strangers to memorable nights in Europe, as shown last season against Benfica. They can do it against this inconsistent Roma side, but the Serie A outfit will aim to continue their decent Europa League campaign. It'd be a game between clubs who fancy their chances of winning the trophy if they get through on the night.