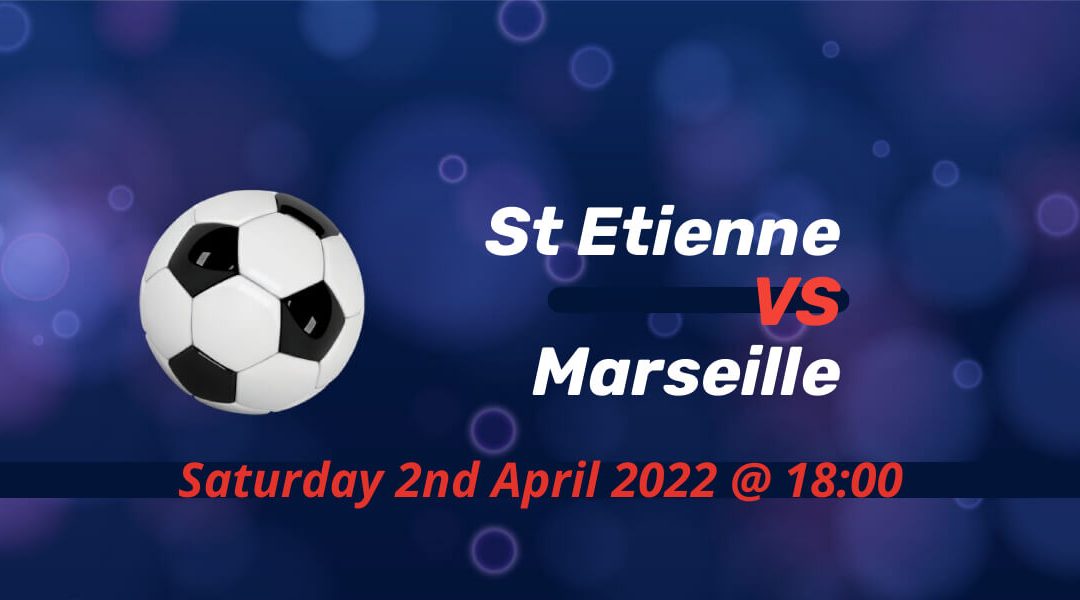 Saint-Etienne and Olympique de Marseille face off for the third time this season when the relegation-threatened side host Jorge Sampaoli’s team on Saturday. Marseille beat Saint-Etienne in both the pre-season friendly and the Ligue 1 meeting of the first round.

Pascal Dupraz managed to consolidate Saint-Etienne’s defense as the historic club showed enough signs of resurgence in the last two months to maintain their league status for the next season.

The win in the rescheduled game against Angers SCO went a long way to make the players believe in his system. Although not all their winter transfers contributed to their improved performances, Dupraz managed to add excellent additions in the likes of Paul Bernardoni and Falaye Sacko.

League leaders PSG is the only team to beat Saint-Etienne since February. Sainte collected 12 points in that period, which is nearly equal to their tally from the previous 22 rounds.

The match kicks off at 20:00 on Saturday 2nd April 2022, and the entire match will be available on BT Sport

Marseille beat Nice in the crucial game before the international break

The atmosphere was intense ahead of Marseille’s game against Nice as both sides look to consolidate their spot for qualification to next season’s Champions League. And it was also affected by what happened when they met earlier this season.

Their league encounter was first interrupted by Nice fans throwing plastic missiles at Dimitri Payet while he was ready to take a corner-kick. The rearranged game in Troyes was quiet with Payet producing Marseille’s goal in a 1-1 draw ironically from a corner.

But Nice had the last laugh before their latest meeting. Despite Marseille scoring first in the Allianz Riviera, Nice secured a massive 4-1 win to knock them out from Coupe de France. But Marseille now displaced Nice from Champions League place as strikers Arkadiusz Milik and Cedric Bakambu netted for Sampaoli’s men.

Third meeting of the season

It was a tense encounter when Saint-Etienne faced Marseille in a pre-season friendly. Wahbi Khazri scored a fine goal, but Alvaro Gonzalez won it for Marseille in the dying minutes. Marseille’s 3-1 win in Ligue 1 over Saint-Etienne was far more comfortable, however. Matteo Guendouzi, who netted his first strike for France's national team this week, was the man of the match as he scored his first goal in Marseille colors.

Khazri, Sacko and Yvann Macon could all miss Saturday’s game because of their latest injuries.

Milik is a doubt for Marseille with a muscle injury.

Both are desperate for points for different purposes

There is plenty to play for in both camps. Saint-Etienne look to repeat their last season’s excellent end to the campaign to have a chance of avoiding the drop. Marseille faced a stiff challenge from Stade Rennais and OGC Nice for a Champions League berth. This is their chance to gain more ground as those two teams go head-to-head earlier in the day.