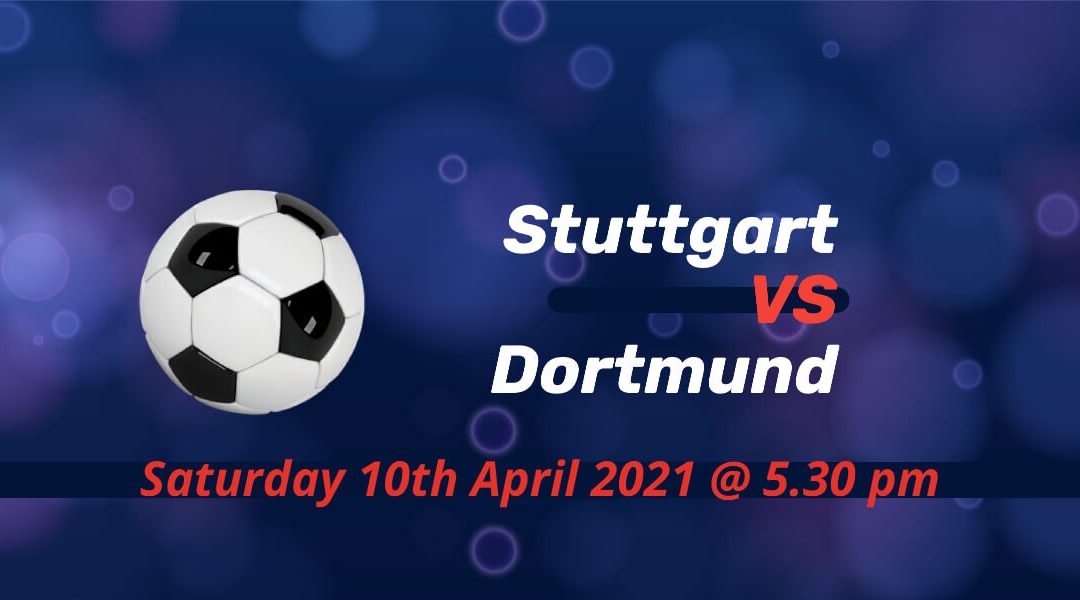 VfB Stuttgart aim to record another impressive win against Borussia Dortmund in Saturday's standout fixture in Bundesliga. The Swabians had the last say for Lucien Favre's Dortmund time with a 5-1 victory at Signal Iduna Park. Dortmund faced a massive blow for their hopes of qualifying for next season's Champions League as they lost at home to fourth-placed Eintracht Frankfurt.

Despite seeing their opponent reduced to ten men early in the game, Stuttgart lost 4-0, with all goals coming after the red card before the international break. But that opponent was Bayern Munich, the side that has done it all in Germany in the past decade.

Stuttgart managed to record a hard-fought win against Bremen after the break, however. In the end, they had to try their luck with Ludwig Augustinsson inadvertently heading home Borna Sosa's inviting cross. The Czech fullback is the primary goal source for Stuttgart in 2021, along with striker Sasa Kalajdzic.

Pellegrino Matarazzo's side also won successive games before the Bayern debacle. They could push further for a spot in Europe next season with a win against Borussia Dortmund on Saturday. It's a comfortable season for the newly-promoted side. They appear to be one of the most entertaining teams in Bundesliga in the campaign.

Dortmund fared better in the Champions League once again

After their inability to take advantage of a home fixture against a direct competitor in Eintracht Frankfurt, few expected Dortmund to return with heads high from a trip to Europe's in-form side Manchester City. But it was more than that.

The decision to blow the whistle early, ruling out the VAR usage for Jude Bellingham's goal, was a perplexing one as Dortmund felt hard done by in the match. City opened the scoring with former Wolfsburg starlet Kevin de Bruyne, but Dortmund levelled matters with the skipper Marco Reus.

City still found time for the winner, but Dortmund are confident after their solid performance at the Etihad. They'll be outsiders for the return leg at Signal Iduna next week, but it's their hiding place this term from their domestic woes. Dortmund trail Frankfurt by seven points with as many games left in the calendar.

It was one of the best performances of the season. Dortmund undeservedly equalized at the stroke of half-time, but Matarazzo's side had a memorable night after the break. Silas Wamangituka scored twice while Tanguy Coulibaly, Philipp Forster and substitute Nico Gonzalez found the net with measured strikes in Favre's final game at Dortmund's helm.

Silas is out of the rest of the season after his injury at Bayern. Nico Gonzalez is also currently on the sidelines, while Orel Mangala, who was on Dortmund's youth rank, is working his way into full fitness.

Dan-Axel Zagadou and Youssufa Moukoko are the latest long-serving absentees from Dortmund as both ruled out of the season. This game also comes too soon for Jadon Sancho, who hopes to be back for the Champions League quarterfinal's second leg against his former club Manchester City.

Dortmund one eye on Champions League?

It's a mountain to climb for Dortmund to finish in the top four this season. Both VfL Wolfsburg and Frankfurt are in impeccable form, while Bayer Leverkusen are on an upward trajectory under the new coach Hannes Wolf. Stuttgart already achieved their season objective, but they can continue to dream about Europe if they do the double over Dortmund.