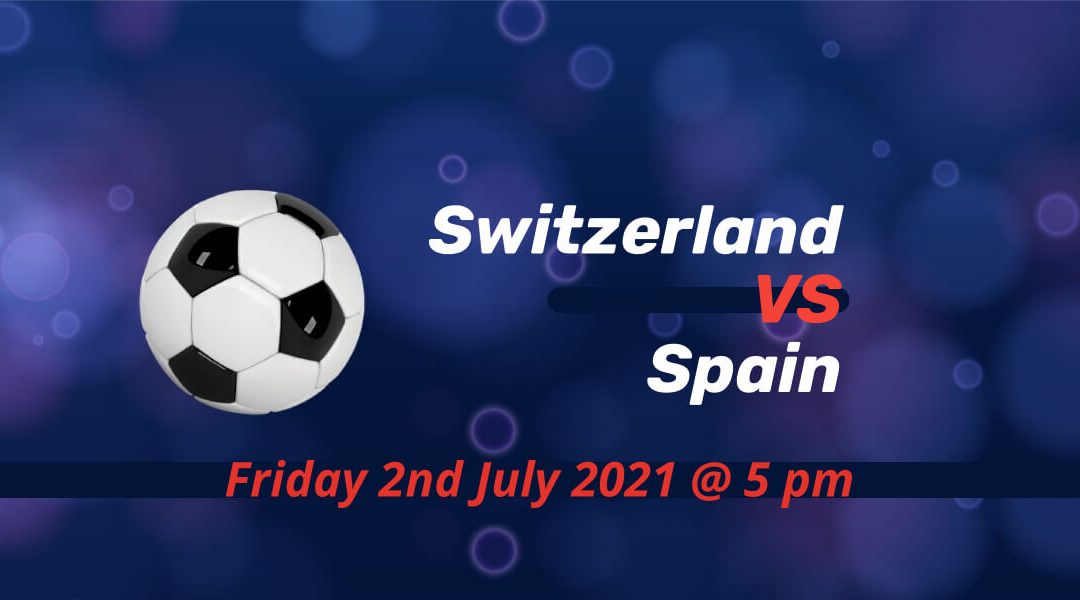 Spain face Switzerland in the repeat of the teams' first game of World Cup 2010. Spain lost back then, but they went on to lift their first taste of the biggest trophy. They had a slow start on this one, too, before scoring a record five in each of their last two matches. Switzerland stunned the favourites France with a penalty shootout after a sensational comeback performance to tie the game.

The subject of a move to AS Roma from Arsenal, Granit Xhaka is one of the standout midfielders in Euro 2020(1). And he saved his best performance for the crunch fixture against the World Cup winners as he was voted as man of the match.

But it was far from a one-man mission. Yann Sommer made a superb intervention to Kylian Mbappe's deciding penalty after the first nine attempts converted in the shootout with some aplomb.

And Haris Seferovic, who didn't have a tournament goal before the final game of the group stage, scored twice with measured headers. Super-sub Mario Gavranovic then equalized for the Swiss in the closing stages of normal time.

Spain go from strength to strength

Spain dominated their first two games, but they only had one goal against Sweden and Poland. They also missed their second penalty-kick in the tournament early on against Slovakia before helped by two own-goals in a 5-0 win.

They managed to repeat that feat against Croatia, but it was far from straightforward. Croatia took the lead and forced the game to extra-time by coming back from 3-1 down in the game's final moments.

Alvaro Morata, who continued to get stick for missed chances, scored the crucial goal that put Spain ahead in the extra time. Mikel Oyarzabal went on to finish the tie with Spain's tenth goal in 210 minutes of action.

Spain march after their opening day defeat in 2010

In the final game of the 2010 World Cup first-round group stage fixtures, Gelson Fernandes' memorable goal helped Switzerland to a surprise win against the 2008 Euros champions. But Switzerland, who failed to beat Honduras in their final game, was propelled by Spain and Chile to bow out from the group stage.

Spain ended up lifting the cup by scoring just four goals in the knockout stages. That remained Switzerland's only win against Spain in 22 meetings, including two in the last UEFA Nations League.

Xhaka is unavailable for the big game as he picked up his second yellow card against France. The rule is a bit controversial as players will miss a game for two yellow cards in as many as five games until the semifinal stage. Spain will have its full squad ready after their respective gruelling round of 16 fixture, however.

Spain will benefit from Xhaka's absence

As ever, Spain's game will focus on midfield dominance, and the star midfielder of Switzerland won't be on the field to cancel them out of the game. Luis Enrique tweaked his side reasonably enough in their surge to the quarter-final. They will surely not take the Swiss lightly after the games both sides were involved in during the previous round.