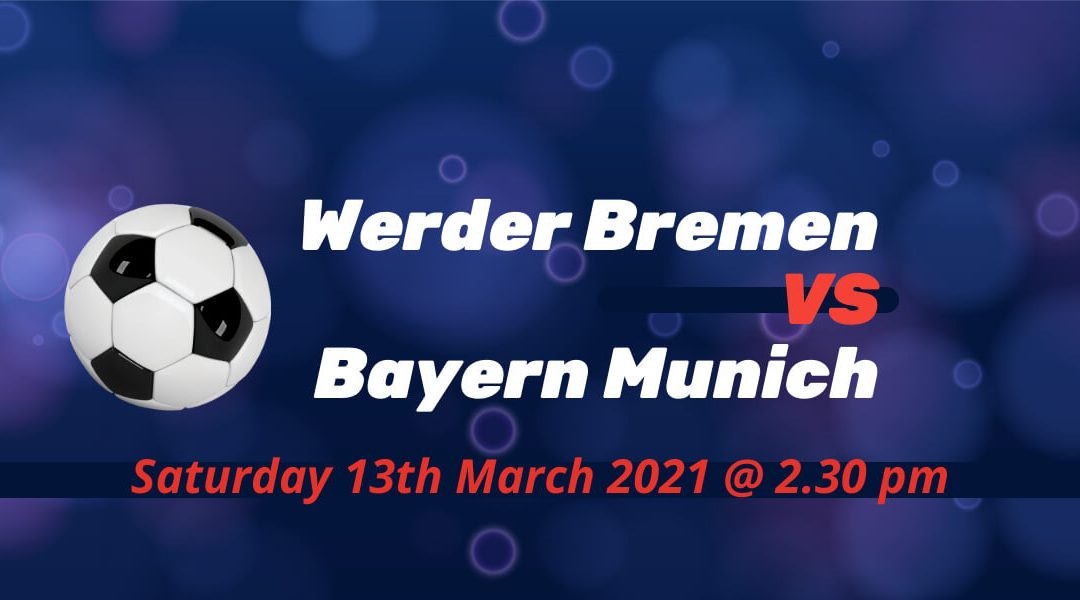 After a massive win in the rescheduled fixture at Arminia Bielefeld, Werder Bremen host record champions Bayern Munich on Saturday. The Green and Whites managed to salvage a point from Allianz Arena earlier in the season. Bayern maintained their two points advantage at the top of Bundesliga with a late win against Borussia Dortmund.

A massive win for Florian Khofeldt’s side on Wednesday took them to 30 points that put them in a solid position to avoid the drop. Josh Sargent scored in back-to-back games after the US international only netted three times this season before that.

Kevin Mohwald scored the insurance goal after Bielefeld’s substitute Nathan de Medina was sent off for a rough challenge. The midfielder has his fourth league goal of the season as he joins Leonardo Bittencourt and Niklas Fullkrug.

Only Sargent, who is now at five, scored more than the three players as Bremen, who used to have sensational strikers in the 2000s, are struggling for a top striker. However, they are now in line to achieve their goal for the season. The Bielefeld win puts them 11 points ahead of their opponent, currently in the relegation playoff spot.

Bayern and Lewandowski still focused on the new challenge

Bayern conceded the first goal or two at Allianz once again, but they came back stronger to clinch a vital win. Just Like the Bielefeld game, Dortmund raced to an early 2-0 lead. Still, a hattrick from Robert Lewandowski helped Bayern to a vital three points in the title race.
With their untimely elimination from DFB Pokal, Bayern now has the Bundesliga and Champions League to cling to from their last season’s treble. RB Leipzig’s improved form recreated a title race of sorts with Bayern only two points ahead of Julian Nagelsmann’s side.

Bayern will host Lazio in the return leg of the Champions League in midweek before a tricky trip to a stubborn Wolfsburg side. Before that, they need to address a Bremen side, who also showed defensive resilience in recent games.

Bremen’s 1-1 draw at Allianz ended a 22-game losing streak for them against Bayern. But they felt hard done by as they were the better team for the majority of the game. Khofeldt’s side had better chances before Maximilian Eggstein opened the score at the stroke of half-time.
In-form Kingsley Coman equalized for Hans Flick’s side after the break. However, Bremen were still putting on a significant shift at a ground where they struggled for a decade. It was Bremen’s fifth 1-1 draw on the bounce.

There are no new injuries at Bremen despite the unusual midweek fixture. Patrick Erras remained the only unavailable outfield player with a hip injury.

Bayern to consolidate their title aspiration?

The fixture list would get stiffer for Bayern in the coming month as they hope to extend their lead at the top before the all-important game at Leipzig in April. Bremen are one of Bayern’s favourite opponents, and Lewandowski would be licking his lips in his search to equal Gerd Muller’s 40-goals mark.