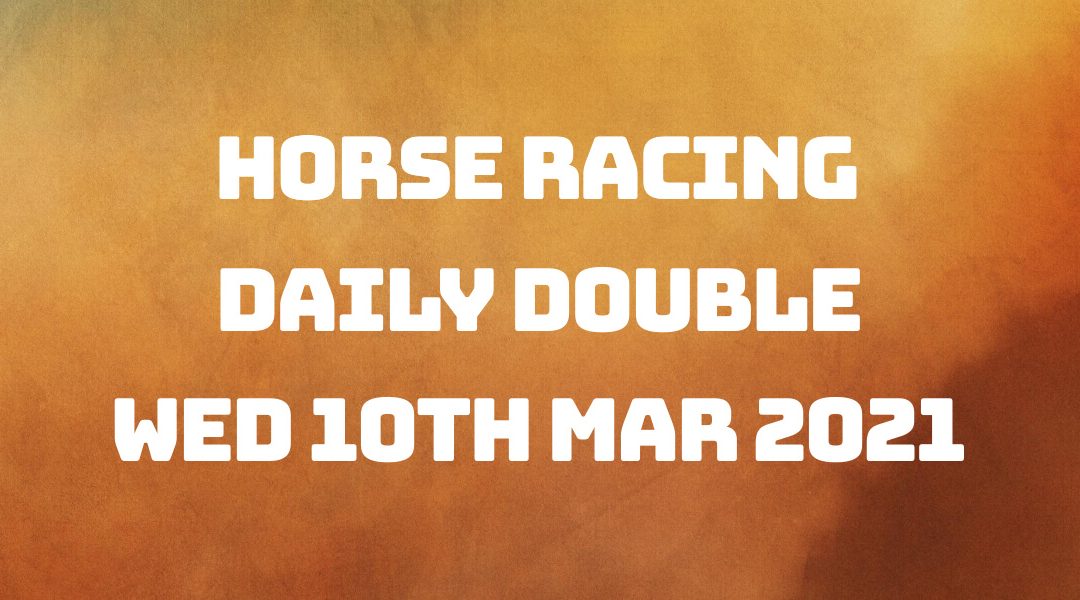 Yesterday our first selection Dingo Dollar ran in the 3.20 pm race at Newcastle and won comfortably for us by ten lengths, at odds of 13/8 SP at the bookies.

He disputed the lead early on before pushing ahead to lead at the sixth, led again at the eleventh after dropping back just a little. He then went clear with four still left to run and stayed that way until he passed the winning post—a good win for him yesterday.

Our second selection Passional ran in the 4.40 pm race at Southwell and finished in fifth position from eight runners, at odds of 2/1 SP at the bookies.

This race wasn't the best for him, despite riding relatively well. However, with two left to travel, he just tailed off and was never really in it. So, unfortunately, no luck with our double yesterday. Hopefully, we'll do better today, despite the poor weather headed our way.

Today's first selection is Ladywood and runs in the 1.15 pm race at Lingfield.

At Lingfield, the going is classed as standard over their Polytrack all-weather course. The race is a class six Handicap, running over one mile and four furlongs. Seven are headed to post, and the age criteria are for three-year-olds only.

Ladywood looks to stand head and shoulders above the rest, with two excellent wins over his last two races for Mark Johnson. His only real competitor is Space Kid, who has run close in his last few races but not managed to push ahead to lead the way. Whether he can do that today remains to be seen. However, Ladywood certainly looks more than able to fight off any competition.

Ladywood has ten tips to his name, two for Space Kid and one each for Beijing Billy and Human Action.

Mark Johnson has a recent run to form figure of fifty-three per cent and won three of his last twenty races over the previous fortnight, landing places in an additional two over the same period.

Joe Fanning is on board and has had no winners from eleven races over the last fourteen days but finished in the placings for three of those. Joe has won on today's selection twice recently, though, so he has shown that he can certainly steer home a win when he has the right horse. The trainer/jockey pairing often do well together, so I'm sure he'll be back to winning ways soon enough.

Ladywood last ran sixty-four days ago but should be in good form still I'm sure. In his last race, he won by a neck in a class six race at Wolverhampton over a distance of one mile, one and a half furlongs. Previous to that, he won at Chelmsford in a class six over one mile two furlongs. Beforehand he was in somewhat shorter races and didn't run quite as well, so the up in trip has undoubtedly helped.

Today's second selection is Khatm and runs in the 6.45 pm race at Kempton.

The going is classed as standard to slow at Kempton today over their jumps course. The race is a class six Handicap, running over a distance of one mile exactly. Twelve runners are competing, and the age criteria are for four-year-olds and upwards. The youngest being a four-year-old, the eldest a seven-year-old.

Many of the other horses in this race have barely placed, so this should be an easy race for Khatm to win today. However, I will be keeping an eye on Act Of Magic, who finished second last time out at Lingfield and is also proven over the distance. It does look like Khatm is the one to beat today, though, especially when checking the morning bookmaker prices too.

Khatm has nine tips to his name, two for Midnight Drift and one apiece for Corrida De Toros and Saucy Encore.

George Boughey is the trainer for this second leg of our double, with a recent run to form figure of sixty-five per cent. He's had winners in seven of his last seventeen races and six placings over the previous fourteen days, so he currently looks very much in form.

Ben Curtis is the jockey on board for us, who has won six of his last thirty-seven races in the previous two weeks, with places in seven additional races. Ben hasn't ridden for George at all during this period and also never ridden Khatm.

Khatm last ran just four days ago. He won by seven lengths in a class six at Southwell over seven furlongs in his last race. Before that, he also won, by just under two lengths, when running at Chelmsford in a class six race over one mile, two furlongs. Then in his third race back well beaten into seventh position from nine when racing at Kempton in class six event over a mile. His last two races have seen something change in him, though, and I do think he'll easily go on to win for us today.