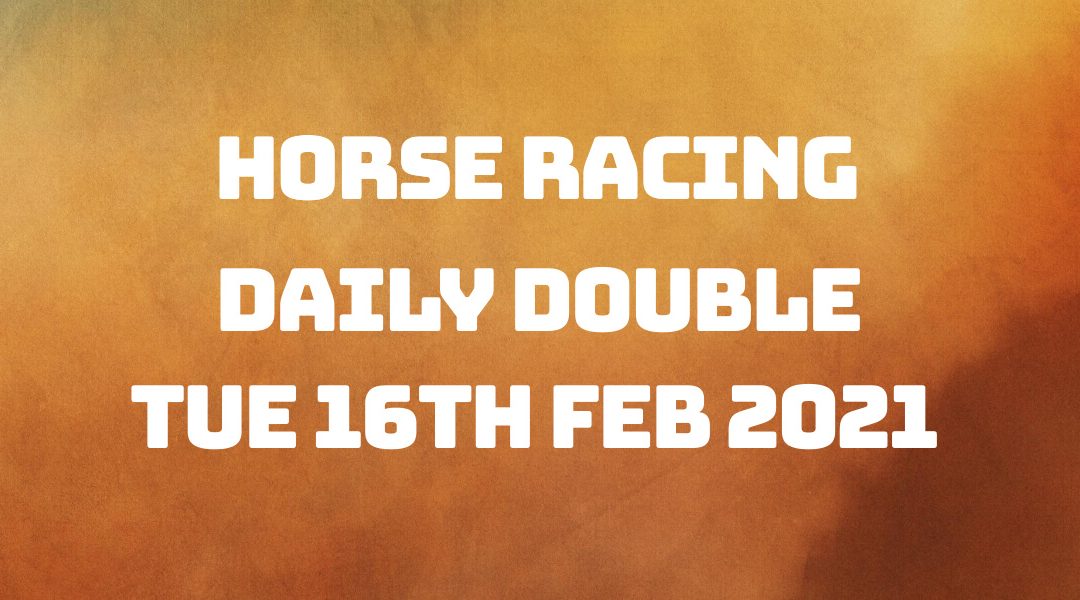 Yesterday our first selection Getariver ran in the 4.20 pm race at Lingfield and managed to finish in fifth position from nine at odds of 7/2 SP at the bookies.

He started the race well by taking a keen hold, however after pushing along with two left to run, he was soon outpaced and weakened within the final furlong.

Our second selection Sammarr ran in the 7.00 pm race at Wolverhampton and managed to finish just out of the placings in third position from six runners, at short odds of 2/7 due to a drastic shortening of odds during the day.

Sammarr was slow into his stride and was held up in the rear of the field. He made some headway and pushed along a little with two furlongs left to travel. However, it just wasn't going to be his day, and he weakened towards the end. So no luck for our double today.

Today's first selection is Jack Valentine and runs in the 1.15 pm race at Catterick.

The going at Catterick is Heavy today on their turf course. The race is a class four Novices' Handicap Chase, over two miles and three furlongs. Six runners are headed to post, and the age criteria is for five-year-olds and upwards. The youngest being a seven-year-old, the eldest a nine-year-old.

This group of runners look like they're all capable of a good run on their day, with Cybalko and O'Hanrahan Bridge being the two that stand out as potential threats. Their recent form looks rather impressive. However, Jack Valentine ran a great race at Leicester last time out under Venetia Williams and looks the part today, so I'm siding with him for this race. He has no less than eleven other tipsters tipping him to take the win, with just the one for Cybalko and Anywayyoulookatit.

Venetia Williams is the trainer for us in this race, with a recent run to form figure of thirty-five per cent. She's won three of her last seventeen entries over the previous two weeks, and placed in three.

Charlie Deutsch is the jockey saddling up for us, with no wins from his last eleven rides and just three places to his name over the previous fortnight. Charlie has ridden solely for Venetia over the same period and is undoubtedly due a win today on this strong contender.

Jack Valentine last ran thirty-four days ago, and won his last race by four lengths in a class four race at Leicester over two lengths, with Charlie on board. The races before that he took fifth at Leicester and a second-place result at Newton Abbot. His most recent race has certainly highlighted his potential.

Today's second selection is Dreams Of Home and runs in the 2.05 pm race at Carlisle.

The going at Carlisle is classed as Heavy over this class four turf event. The race is a Novices' Hurdle race, over two miles and one furlong. Ten runners are headed to post for this one, and the age criteria is for four-year-olds and upwards, with the youngest being a five-year-old, the eldest a six-year-old.

The race looks to be a two-horse race if current bookmaker odds are anything to go by, between our selection and Raf Tavel. I'm siding with Dreams Of Hope after his most recent win by twelve lengths over the same going and pretty much the same distance too. He looks to have the upper hand over run Raf Tavel, who has only previously run in France. We have eleven tips to our name and the three for Raf Tavel.

Donald McCain is our trainer today and has a recent run to form figure of thirty-six per cent. He's landed four wins from his last thirty-three races, with a further five placings to add to that tally, over the previous fortnight.

Brian Hughes is on board, and he's won five of his last thirty-four races during the last fourteen days, managing to place in nine of these. The trainer/jockey partnership looks solid between these two and should run a good race for us today.

Dreams Of Hope last ran thirty-five days ago and won his last race by twelve lengths at Wetherby, a class four offering with Brian Hughes on board. Previous to that race he's only had one professional race, which was also a win. So certainly likes to be upfront for sure.

Currently, odds of evens can be taken at Bet365 for Jack Valentine and 5/4 for Dreams Of Hope, giving a double odds total of 4.5. Good luck, everyone.