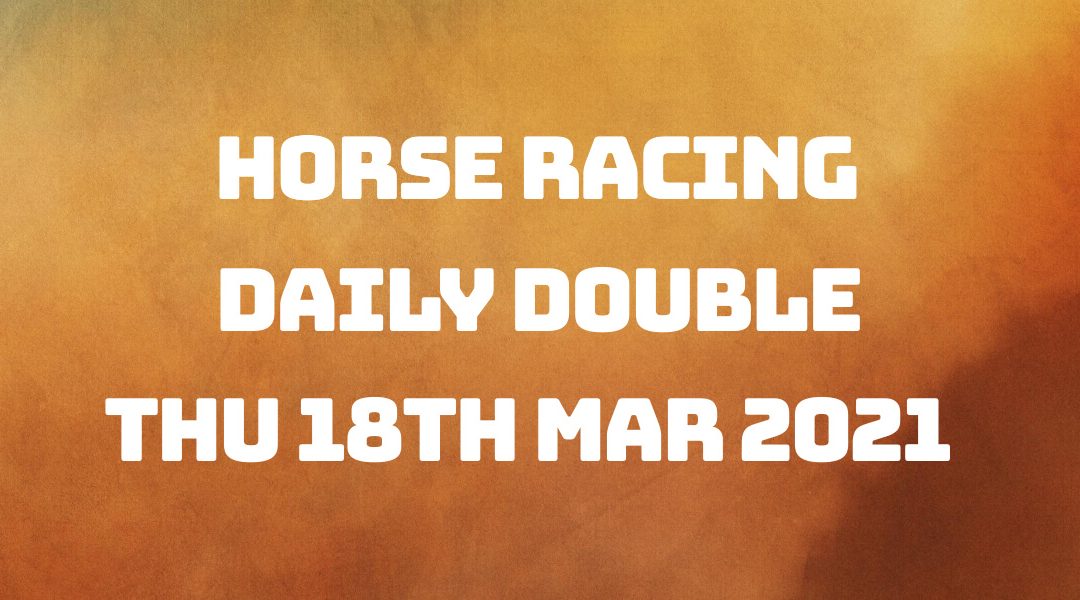 Yesterday our first selection Clashaniska ran in the 2.05 pm race at Lingfield and lost by a neck, at odds of 11/10 SP at the bookies.

He didn't have the best of starts. He began the race relatively slowly but then ran gradually into the middle of the pack before chasing the leaders with one furlong left to travel and lost by a neck. The vet reported that he'd lost one of his shoes, so this may have impacted him.

Our second selection Khatm ran in the 5.00 pm race at Lingfield and lost by a length, at odds of 7/4 SP at the bookies.

He pressed the leader hard and looked strong. However, Khatm's recent winning streak was put to an end by a much stronger horse, Classical Wave.

Today's first selection is Don Herbager and runs in the 1.10 pm race at Hexham.

The going is classed as soft at Hexham's jumps course today. The race is a class five Novices' Handicap Chase, running over a distance of three miles. Eight runners head to post, and the age criteria is for five-year-olds and upwards. The youngest being a six-year-old, the eldest an eleven-year-old.

Don Herbager is a horse that certainly stands out from the rest and is always there, or thereabouts, in the closing stages of his race. Cudgel may be able to cause us a few problems, though, having proven himself over today's course and distance on two separate occasions and winning in his two races here at Hexham.

Don Herbager has eleven tips to his name and two for Cudgel.

Venetia Williams is the trainer for our first leg of our double today, who has a recent run to form figure of forty-one per cent. Over the last fortnight, she's seen wins in six of her previous twenty-two races and had three additional places, so looking to be in fine form.

Rex Dingle is the jockey on board and won just the one race from his last thirteen mounts over the last two weeks. Over the same period, he's had no horses that placed. Rex has never ridden Don Herbager, but he should be fine on such a quality horse.

Don Herbager last ran sixteen days ago and is already proven over the distance. In his last race, he won by three lengths in a class five race at Leicester, over two miles six and a half furlongs. Before that, he finished third in a class four race at Carlisle over three miles, two furlongs. Before that, he won by just shy of a couple of lengths in a class five race at Exeter over three miles. So he's undoubtedly capable of handling the distance, which is so crucial in these longer races.

Today's second selection is United Front and runs in the 6.25 pm race at Chelmsford.

The going is classed as standard at Chelmsford today, over the all-weather Polytrack course. The race is a class two Handicap, running over a distance of one mile and two furlongs. Just the four runners head to post today, and the age criteria is for four-year-olds and upwards—two four-year-olds, one five-year-old and one seven-year-old.

There are some very useful horses in this race, and all have proven to their owners capable of winning. However, I think Songkran may be the one to watch in this race, as despite his poor race result last time out, he is certainly able to deal with these higher class of races. United Front does look good for it, though when winning last time out at Newcastle. The bookies have them all relatively close in price, so it could be a close call. Still, my nod goes to United Front.

United Front has nine tips to his name, and two each for Songkran and Society Red.v

Michael Appleby is our trainer for this second leg of our double, with a recent run to form figure of forty-six per cent. He's had seven wins from his last fifty races during the previous fourteen days, so certainly been busy lately. Then you can add additional nine placings into the mix—very much a trainer who is doing well with a vast supply of horses running for him.

Josephine Gordon is the jockey saddling up for us today, who has won just the one race from her last fourteen over the last couple of weeks and placed in no other races. She has been the jockey for Michael when United Front has run in his previous four races, so she certainly knows him well and can steer him home to victory once again today, I'm sure.

Don Herbager is currently priced at 7/5 and United Front at evens with Paddy Power.
Double odds work out at 4.8. Good luck, everyone.