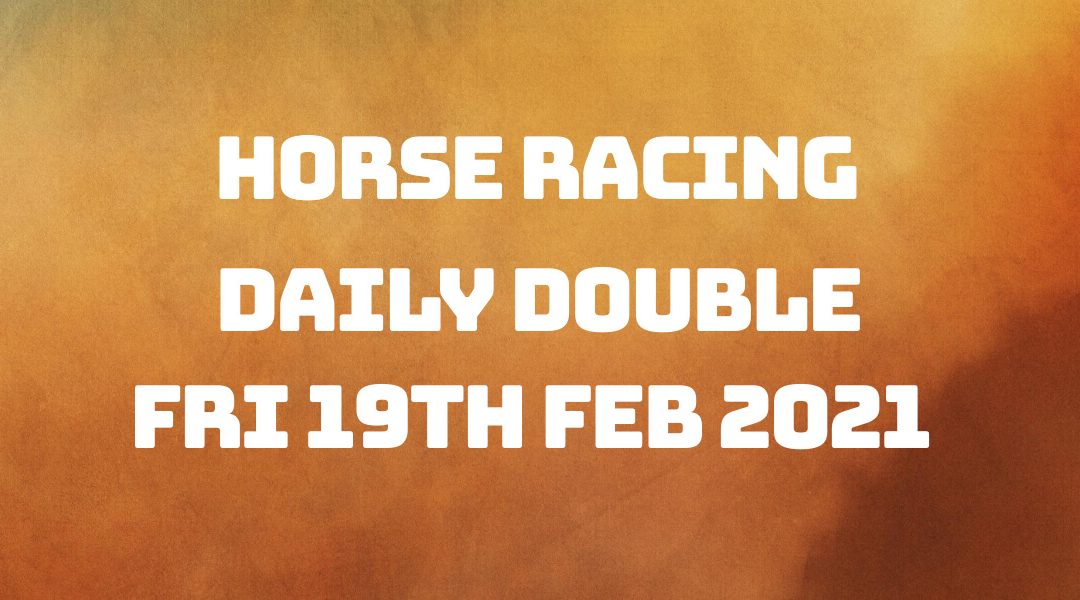 Yesterday our first selection Numitor ran in the 1.55 pm race at Sandown and finished just out of the placings in third position from seven runners, at odds of 7/4 SP at the bookies.

Numitor took the lead early on, dropped back, then retook the lead with one furlong to travel by a length. However, he then weakened and lost it on the run-in, so not sure what happened there, as he was set for the win but looked to throw it away right at the end.

Our second selection Little River Bay ran in the 2.30 pm race at Sandown and pulled up, at odds of 7/4 SP at the bookies.

He ran in the middle of the pack to start with but wasn't fluent in running. He then weakened and pulled up with around three furlongs left to travel. Only four horses from the eight actually managed to finish the race; whether that was due to the heavy ground conditions, I don't know. So no luck for the double yesterday.

Today's first selection is Eclair D'Ainay and runs in the 3.50 pm race at Kelso.

The going at Kelso is soft over this jumps turf race. The race is a class three Limited Handicap Chase, being run over two miles and one furlong. Six runners are headed to post, and the age criteria is for five-year-olds and upwards. The youngest being a six-year-old, the eldest is an eight-year-old.

Heartbreak Kid and Elvis Mail are the two to keep an eye on, as both have run lately for their yards, but Eclair D'Ainay looks to have the edge. Despite a fall on his last race on heavy ground, today's going looks far more to his liking, and his second to last race was an impressive win by ten lengths at Chepstow.

Our selection has seven tips to his name, three for Heartbreak Kid, two for Elvis Mail and one apiece for Thebannerkingrebel and Rathhill.

Dan Skelton is our trainer for today, with a recent run to form figure of forty-six per cent. Dan has won eleven from his last forty-six selections, with a further ten placings to add to that total during the previous two weeks. He's undoubtedly a trainer that the bookies are aware of and is in terrific form lately.

Harry Skelton is on board for Dan, with ten winners in his last thirty-two races and eight places to his name. He's a jockey that is doing very well indeed lately. Harry has ridden for his brother Dan exclusively over the last fourteen days, and they're making ripples in the racing world.

Eclair D'Ainay last race thirty-eight days ago and is wearing blinkers for the first time today. In his previous race, he fell running on heavy ground at Wetherby. Before that race, he won comfortably with Harry on board at odds of 12/1, and made a fifth-place finish before that. I think Dan has placed him well in this race, and the ground conditions should definitely help.

Today's second selection is Lakota Warrior and runs in the 4.52 pm race at Kelso.

The race is a class four National Hunt Flat, over a distance of two miles and the going at Kelso today is soft. Nine runners are competing, the majority of which are five-year-olds. The age criteria is for four- to six-year-olds only.

The two potential threats could be Arthur's Seat or Dynamite Kentucky, both having run well lately for their yards. The latter is currently priced at 9/1, so I don't think the bookies see him as too much of a threat. Lakota Warrior looks capable of winning here today and, being in the current Dan/Harry Skelton camp, I'm sure he'll be running a good race.

We have seven tips to our name, four for Arthur's Seat and just the one for Hector Master from the tipster's panel. So I'm thinking that these top two tipped will be the ones fighting it out near the finish.

Dan Skelton is our trainer once again in this double of the day, and with good reason, as he stands an excellent chance of adding to his recent wins. Whatever he is doing as of late is working wonders.

Harry is on board this selection too. As we've already discovered, these two brothers are very much in excellent form. Whether they can land the win on both of today's selections will be a good test of their capability, and I'll be watching closely.

Lakota Warrior last ran seventy-one days ago and managed to finish in fourth position from a bumper eighteen runners in his last race at Warwick. He ran a good race and only eased off the gas right at the end, so hoping for better today with a smaller field. Previous to that race, he had a two hundred and seventy day-break, and the race before that break ran a close second. So I think today will be his day where he lands his first win.

Best current odds are over at William Hill, where you can take odds of 2/1 for Eclair D'Ainay and 11/10 for Lakota Warrior, giving a double odds total of 6.3. Good luck everyone.