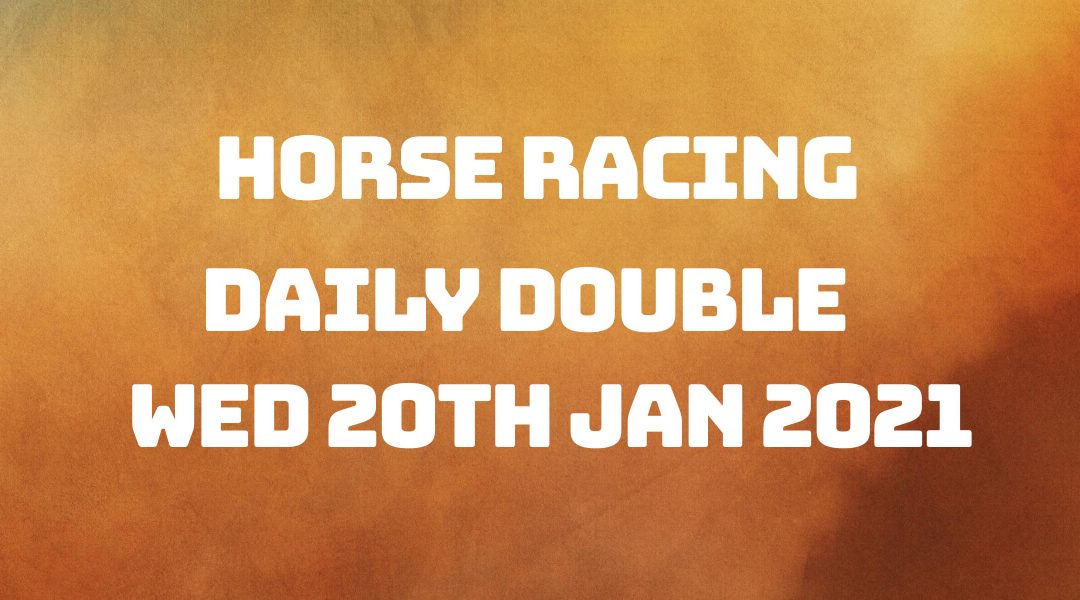 Yesterday our first selection was Welsh Saint which ran in the 1.45 pm race at Exeter and did not manage to finish the race, unfortunately, as Nico De Boinville was unseated just as he was leading the race, at odds of 11/8 SP at the bookies and 2.37 BSP over at Betfair.

Our second selection was Patroclus which ran in the 2.15 pm race at Exeter and won pretty easily. He was prominent throughout the race and won by half a length to Astigar in second, with the rest of the pack ten lengths back. Nice to get a win under our belts, but as this was a double, no winnings unfortunately for us today. Patroclus won at odds of 6/5 SP at the bookies and 2.29 BSP at Betfair.

Today's first selection is Funambule Sivola, which runs in the 1.25 pm race at Newbury.

The going at Newbury is classed as Heavy today, so no doubt the weather has affected ground conditions somewhat. The race is a Novices' Limited Handicap Chase over two miles and half a furlong. The class is a class three, and the age qualification is for five-year-olds and upwards, with the youngest being a six-year-old, oldest an eight-year-old. Six runners are competing in this race, as two pulled out overnight.

There does seem to be a relatively good amount of form to go on, with Dostal Phil possibly being a potential threat with two wins under his belt, but I'm not too concerned. Our selection has ten tips to his name, with a smattering of one and two tips for the other horses in this race.

Venetia Williams is our trainer, with a forty-four per cent recent trainer form figure, and five wins from thirty-two selections within the last fourteen days.

Charlie Deutsch is on board, with five wins from the last twenty-four races within the last fourteen days, so has racked up quite a few rides recently. Venetia has used Charlie's services for pretty much all of these rides too, with many finishing at least placed. They look like a winning team.

Funambule Sivola last ran just twenty-two days ago and is a course and distance winner, which is promising. Recent form sees two wins from the last three, with a bad run inbetween these after a mistake at Sandown in-running. These were when this winning trainer/jockey combination were together I notice.

Current bookmaker odds are around evens, and 2.24 at Betfair with a noticeable gap to the second favourite, so prices may shorten as the day goes by, so if you want to get on you may be advisable to do it this morning.

Today's second selection is Brotherly Company which runs in the 4.00 pm race at Newcastle.

The going up in Newcastle is classed as standard to slow over this all-weather Tapeta course today. The race is a National Hunt Bumper race in class five, over a distance of two miles and half a furlong. Ten runners are headed for post, and the age grouping for the race is five-year-olds and upwards—the youngest being a seven-year-old, the oldest an eleven-year-old.

At first glance, I can see two potential threats against our selection in Armattiekan and Cybalko, if you look purely at form. Still, Brotherly Company does seem to have the edge I think. Our selection has picked up seven tips, and the others have only one or two tips, so looks to be favoured by the newspaper and other tipsters out there as it stands.

Sandy Thomson is our trainer, with a recent trainer form figure of one hundred per cent, so you can't ask for better than that. Sandy has had three runs with one winner over the last fourteen days, one place and one unplaced selection.

Ryan Mania is on board, and over the last fourteen days has ridden two winners from nine rides, for a twenty-two per cent winning strike rate, with one placed, and six unplaced. Today's selection looks to be able to push that figure up to three wins.

Brotherly Company ran just twelve days ago and has a course and distance win under his belt, so is definitely proven over today's conditions. He has won on the last two attempts by one and a half and three and a quarter lengths, and these were both when Ryan was on board.

Current odds stand at 7/4 at most bookies and 2.84 over at Betfair.

Finally, as always have a great day and let's hope our selections win for us today. James.