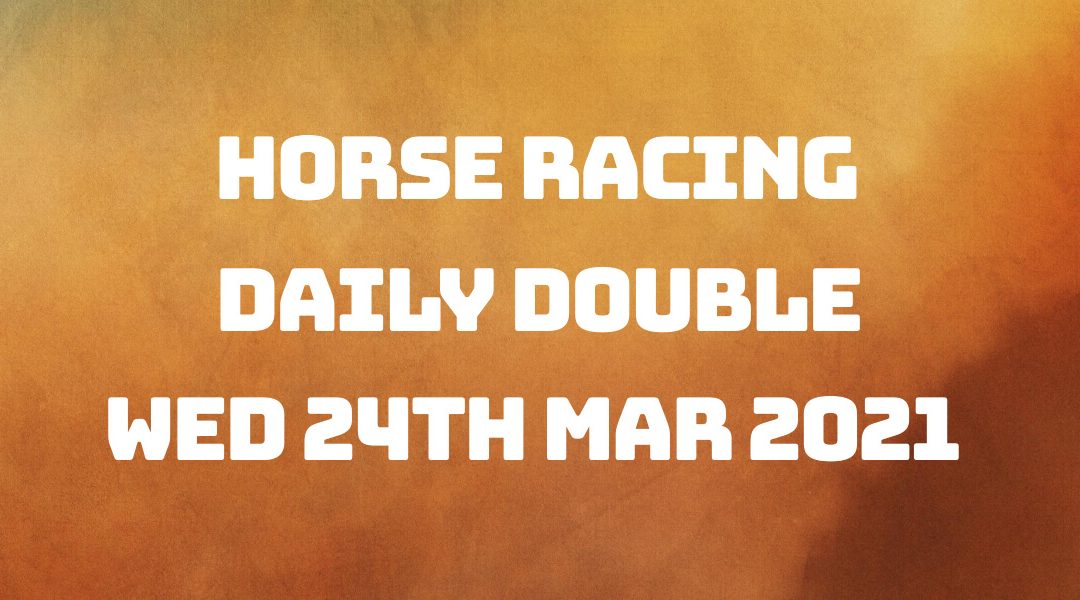 Yesterday our first selection Ajero ran in the 2.35 pm race at Huntingdon and won by an impressive eight and a half lengths, at odds of 4/7 SP at the bookies.

Soon took a keen hold before chasing the leader, took the lead with two left to run and went well ahead as the winning post approached. Easy win for him yesterday in this race.

Our second selection Copperless ran in the 3.47 pm race at Taunton and won by a length, at odds of 15/8 SP at the bookies.

He didn't have the best of starts, being held up in the last position and then stumbling at one point. However, he switched left and began to make some good headway before taking the lead and winning the race for us.

Today's first selection is Destinee Royale and runs in the 3.12 pm race at Haydock.

The going is classed as good to soft here at Haydock today, over their jumps course. The race is a class three Handicap Chase, running over three miles and four and a half furlongs, so rather a long distance today for these. Six runners are competing, and the age criteria are for five-year-olds and upwards—the youngest being an eight-year-old, the eldest a ten-year-old.

Seaston Spirit may be a potential threat to our horse today. Despite him being pulled up, he has proven his worth in previous races and, more importantly, over these sorts of distances. Favour has to go to Destinee Royale, though, who looks to be a class animal for Venetia Williams, who is very much in form as of late.

Destinee Royale has six tips to his name, Samuel Jackson five, three for Chef D'Oeuvre and one for Seaston Spirit.

Venetia William has a recent run to form figure of forty-eight per cent currently and has landed winners in nine of her last thirty-one races in the previous fourteen days. She has also managed to secure places in an additional four races.

Charlie Deutsch is the jockey for this first leg of our double today, won seven of his last twenty-six races over the previous fortnight, and placed in five of these over the same period. He looks to have raced for Venetia for approximately three-quarters of his races over the last two weeks, so the two are well acquainted and look to work well together.

Destinee Royale last ran thirty-five days ago. In his last race, he won by six and a half lengths in a class four race at Wetherby, ran over a distance of three miles. Before that, he didn't do so well in a class one race at Warwick over two miles, four furlongs, where he finished fourth from five runners. In his third race back in a class three race at Sandown, unfortunately, he unseated his rider. He should run today, though, and class four does look to be where he performs best.

Today's second selection is Aheadfullofdreams and runs in the 2.45 pm race at Hereford.

The going is classed as good at Hereford today, over their national hunt course. The race is a class five Novices' Handicap Chase, run over three miles and one furlong. Eight runners are running in this race, and the age criteria are for five-year-olds and upwards—the youngest being a six-year-old, the eldest a ten-year-old.

Not many of these look to have any particularly distinctive form, shall we say, but Isla Di Milano may be the dark horse of this race. He pulled up in his last race, but previous to that has run well for John Flint. However, that was some time ago, and he has had long stints with no racing. Aheadfulofdreams looks the strongest of this lot by quite some way, and with the Skelton brothers in charge, it could be an easy win for them today.

Aheadfullofdreams has five tips to his name, three for Bredon Hill Leo and one for Amanofhisword and Hoot At Midnight.

Dan Skelton is our trainer for this second leg of our double today and has a recent run to form figure of sixty-four per cent. Over the last fourteen days, he's had winners in seven races from fifty-five races and an additional fifteen that have placed. A trainer to fully respect to bring home the bacon.

His brother, Harry Skelton, is the jockey on board today, and he's won nine of his fifty-seven races over the last two weeks. Sixteen of these, he successfully managed the place. He rides almost exclusively for his brother but does ride for other trainers now and again. They work well together and should do well again for us today.

Aheadfullofdreams last ran fourteen days ago. In his last race, he finished in second position by a length, in a field of eight runners, when running in a class four event at Catterick over three miles, one a half furlongs. Previous to that, he had a sixty-nine-day break. In his second race back, he finished in fifth position from fifteen runners in a class five race at Warwick over two miles three furlongs. Then before that, he had another sixty-six-day break. Finally, three races back, he landed a second-place finish when running in a class five race at Ayr over three miles and half a furlong.

Destinee Royal is priced up at 9/4 and Aheadfullofdreams at 7/4 with Bet365.
Double odds work out at 5.49. Good luck, everyone.