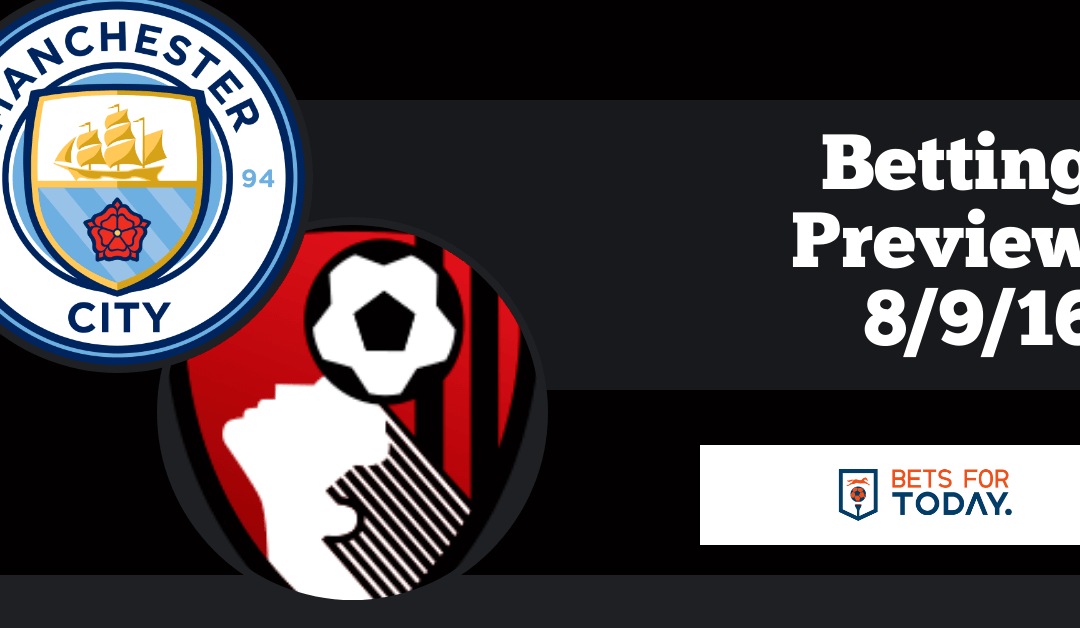 Manchester City’s victory against their fierce rivals, United, affirmed their status as title contenders in the League. They’ll be looking to extend their winning streak against a Bournemouth side that has had a rocky start to the season.

New signing Claudio Bravo looked good on the ball for City in their last Premier League outing but faltered a few times. There was an apparent lack of communication between Bravo and the Manchester City centre-backs. Pep Guardiola will be hoping that doesn’t come into play against Bournemouth’s Eddie Howe.

Manchester City is currently 1.91 favourites to secure the Premier League title. The great quality within their ranks is rivalled by very few teams in Europe.
City’s most recent fixture was against German Outfit Borussia Monchengladbach, a Champions League tie they won quite easily. Guardiola’s side put four goals past Gladbach and also kept a clean sheet.

The initial game against Gladbach was postponed as a result of poor weather conditions, but that seemed to have no effect on the mindset of Guardiola’s players.
Sergio Aguero will be unavailable for the fixture against Bournemouth as he’s still serving a suspension. It’s likely that Pep will name an unchanged lineup from the team that won against United, although, Navas could come in for Sterling.

Bournemouth picked up wins against some top sides in the League last season. They achieved their aim of avoiding relegation and Howe will be keen on going a step further this season.
Bournemouth's start to the new season hasn’t been very impressive. Their first win of the season came against West Brom last weekend courtesy of a late Calum Wilson strike.

The fans won’t be too concerned about the Cherries current form seeing as they’re not expected to do anything spectacular this season. But still, Edie Howe should be looking to pick up points as soon as possible in a bid to avoid a relegation scrap.
Wilson will play a vital role in anything Bournemouth hopes to achieve this season. But that position is unlikely to involve leading his side to a victory at the Etihad on Saturday.

Betting tips
While Bournemouth will want to have a go at this game, it’s hard to see them getting a win at the Etihad. City has won 27 of their last 31 home matches against sides in the bottom half of the table spanning across the last three seasons.

Under Pep, it’ll be relatively rare for them to lose home games, especially against the smaller sides.

A win is on the cards for Manchester City here, but I expect Bournemouth to score seeing as City are yet to keep a clean sheet in the League this season, underlining their defensive vulnerabilities.

Manchester City won both of their games against Bournemouth last season by a four-goal margin, so this could potentially be a high scoring game for City.

Manchester City to win and both teams to score is 2.80 at Coral