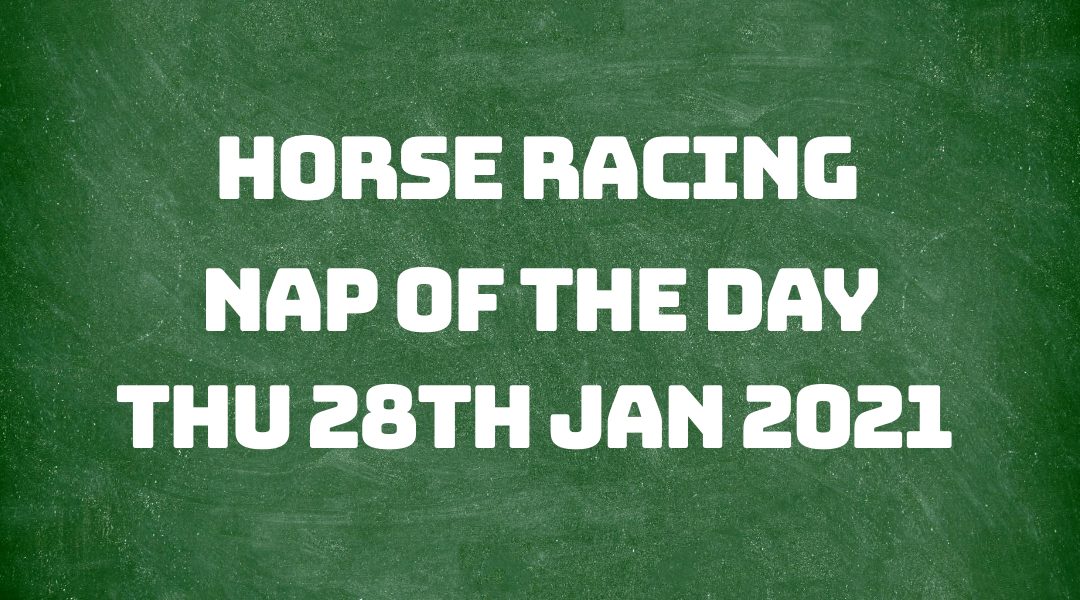 If you're looking for the tip for Friday the 29th January, then please click here

Yesterday our selection Power Of States ran in the 1.15 pm race at Lingfield and managed to finish plumb last out of four runners, unfortunately, at odds of 2.5 BSP and 11/8 SP.

He started well, taking a keen hold early on and pushed along with two furlongs to go. Still, the competition looked too strong for him, as he weakened in the final furlong out of the placings and in last position.

Today's selection is Daafr and runs in the 2.15 pm race at Southwell.

The going at Southwell today is classed as standard to slow over this all-weather fibre sand course. The race is a straight handicap race in class five. The distance is over one mile and has six runners competing. The age classification is four-year-olds and upwards, with the youngest being a four-year-old, the eldest a six-year-old.

Thrave stands out as the obvious threat, but as Daafr won so well last time out over what was a re-run of a previous run, I'm confident he'll not be a threat today here at Southwell. Daafr has ten tips to his name, two for Thrave, and one each for Crackling and Native Silver.

Anthony Brittain is our trainer for today, with a recent run to form figure of a reasonable fifty per cent. He has sent out five winners from the last twenty-two runners over the last fortnight, with six further placings to add to that tally.

Cam Hardie is on board for Anthony, as per just a couple of days ago where he won at the same track over a similar distance. With four rides and five placings to his name over the last fourteen days, from the last twenty-seven outings.

Anthony Brittain and Cam Hardie are in winning form as of late and have had Daafr win over the last two attempts here when teaming up. Surely this should be a re-run win like last time, with the only question whether Daafr has recovered well enough from that ride just two days ago. I'm confident he has, and have no hesitation in making this my NAP for the day.

Daafr has separate course and distance wins to his name. He's actually riding with one pound less of weight today than a couple of days ago, so looks to have escaped an upping in the weights just in time.

Daafr has won on both of his last two races, winning here under the same jockey by two to three lengths each time. A course specialist now? We'll wait and see what materialises for us today.

Daafr is currently 11/8 with William Hill and 2.42 over at Betfair. Slightly shorter than his forecast odds of 15/8 on the Racing Post forecast, so bookies look to be a little wary of him today.