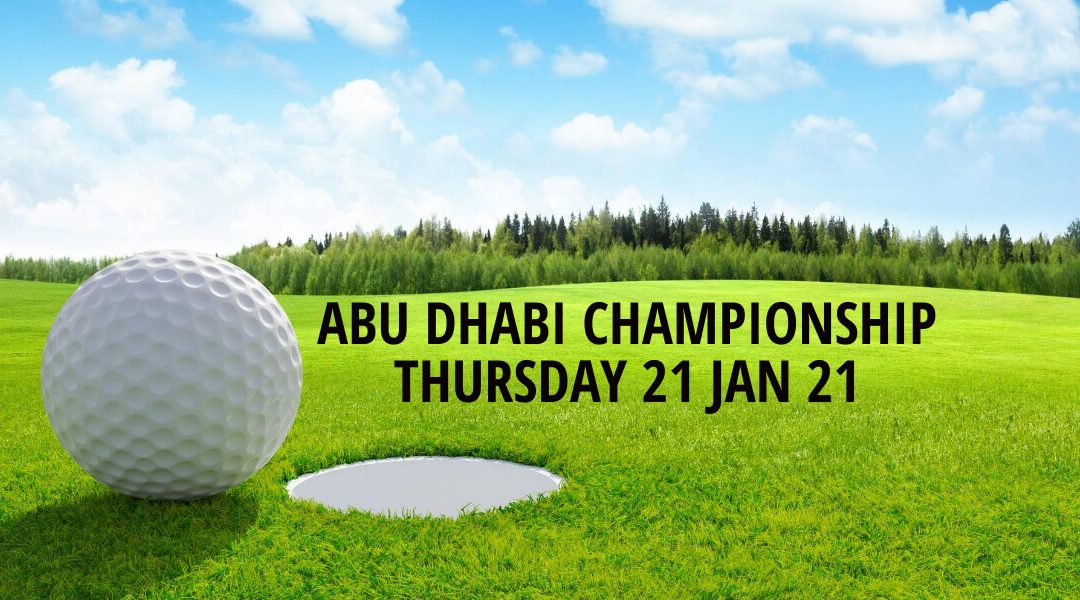 This week's European Tour returns to our screens, and it's back with a bang thanks to the hotly anticipated Abu Dhabi Championship. A tournament first staged back in 2006, this year's renewal begins on Thursday. All four days of play from Abu Dhabi Golf Club, UAE, will be shown live on television to a global audience.

Westwood back in town

Lee Westwood won this title last year with an unmatched score of 19 under par. That was one of the most impressive cards we have seen from a winner of this title in recent years. His effort would have been enough to claim glory in four of the last five renewals. The spare is a stunning -22 from Tommy Fleetwood when defending back in 2018.

England's ‘Westy' bids to make it two wins in-a-row but he starts as an outsider with all major bookmakers placing Westwood way down the outright betting order. There's no doubt the 47-year-old is talented enough to repeat the feat but, if he is to finish in pole position this year, it will take a massive effort.

This competition has added significance for Westwood as he bids to secure the Ryder Cup selection and take his place in history. Lee aims for an 11th pick, and that would equal the best effort. He secured his place in the team by winning the Abu Dhabi Championship last year so knows just how important this weekend's golf could be in his career.

Four days of play begin at 03:30 GMT on Thursday and will be shown live on Sky Sports.

Fleetwood has won two of the last four

Bettors eager to have recent course form on their side when attempting to predict a champion may wish to know Tommy Fleetwood has finished as champion here in half of the last four renewals, taking gold in 2017 and again in 2018.

The 29-year-old Englishman from Southport has finished runner up in both the US Open and The Open Championship since scoring in Abu Dhabi, so backers will have their stake on a man with proven track form and experience performing at the highest level.

It is no surprise to see Fleetwood hold his own with the pre-tournament betting favourites. Those looking to stick with the former champion will be delighted to find odds of 14/1 available at bet365 on Fleetwood regaining the prize.

The stats show this is a high scoring competition with the worst winning score of the last five years being the -16 of Rickie Fowler in 2016. This is a course that suits the big hitters off the tee and those prepared to take risks.

Rory McIlroy is the early favourite in the betting at 6/1 (Betfred), and we must agree with the odds-makers on that call. He should get off to a strong start, out before the forecast wind, and we've seen before that once Rory gets his nose in front, he's difficult to budge.