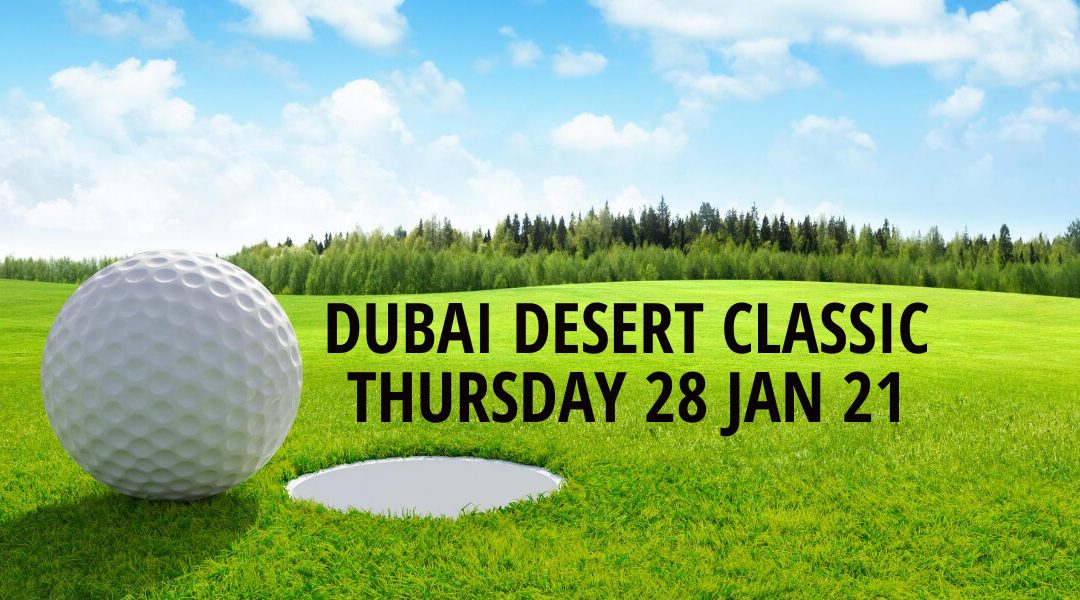 The focus remains in UAE this week as golf fans turn to the Dubai Desert Classic which gets underway in the early hours of Thursday morning, UK time. Emirates Golf Club in Dubai provides the setting, and the list of players in attendance includes some of the best on tour.

This looks to be a deeply competitive field, and a strong case could be made in support of any of the leading names lifting the title. Traders at major bookmakers have picked their favourites, however, and each of the top betting apps prices the in-form Tyrrell Hatton as the most likely winner at the conclusion of play.

The talented 29-year-old Englishman from High Wycombe has never won a golf major during his career, but his recent stats suggest it's only a matter of time before he claims one of the sport's big prizes. Will 2021 be his year?

He was in sensational form when winning the Abu Dhabi Championship last week, leading home the chasing pack by a comfortable and impressive margin. The top names in the game were raving about Hatton's potential with many suggesting he is destined to become the British number one, passing Northern Ireland's Rory McIlroy in the process.

The Dubai Desert Classic gets underway at 04:00 GMT on Thursday, and you can follow all four days of play live on Sky Sports.

Lucas Herbert won this title last year when edging a nervy playoff to record a nine-under-par winning score. That was a dramatic finish and made great viewing for the large TV audience, but a low-scoring and tight end isn't the norm in this competition.

Four of the last five Dubai Desert Classic winners have posted scores of 19 under par or better, so we are expecting another high-scoring few days of professional golf. The course lends itself well to the big hitters off the tee but the difference between winning and losing the Desert Classic in recent times has been a steady hand with the putter.

The stats show we have seen a new champion crowned in each of the last five renewals and that trend will put a few shrewd backers off sticking with Lucas Herbert to come and defend his title. Those who do fancy two-in-a-row will be delighted to see their man priced at 50/1 (Unibet).
Go for the big prices.

We're taking a few at bigger prices this week to give backers an interest. Matt Wallace is available at 22/1 with William Hill, and he has performed well here in the past, bagging a runner up slot. He plays well in this part of the world and should give each-way backers a run for their money.