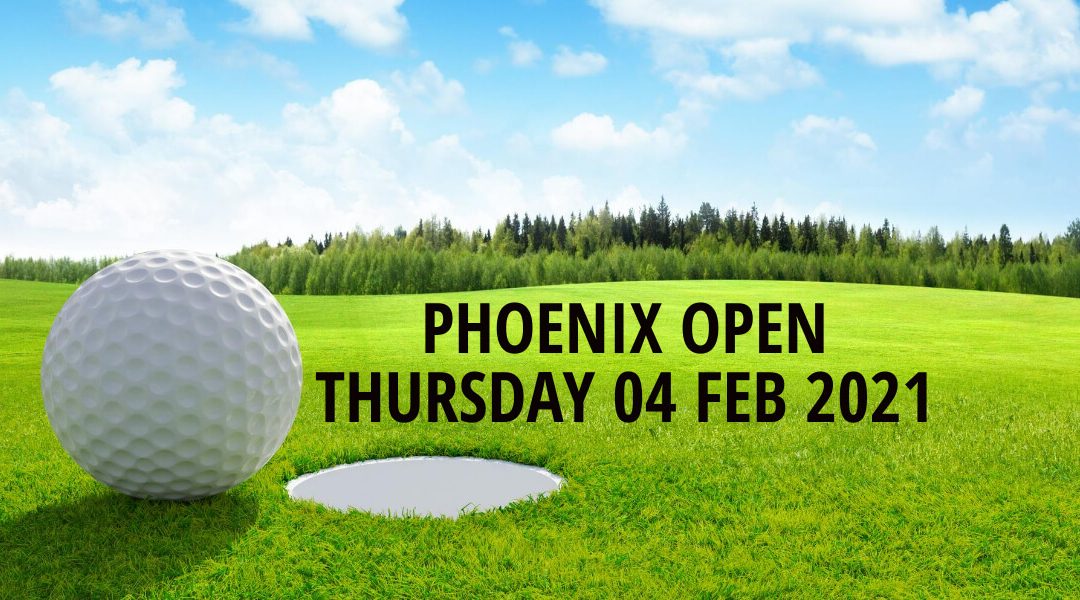 We have another treat in store for golf fans this week as the 2021 renewal of the Phoenix Open gets underway on Thursday afternoon. TPC Scottsdale, Arizona plays host. We have a talented field in attendance as some of the top names in the sport contest a tournament that claims to be one of the oldest and best-loved on the PGA Tour.

Which player will join an exclusive list of Phoenix Open winners that already includes the likes of Rickie Fowler and Webb Simpson? Our team of golf writers and sports betting experts preview the action, offering our thoughts on how readers should approach the betting. We also pick out three players at decent odds we expect to perform better than their prices suggest.

Webb a nice price to defend

Webb Simpson won this title last year with an impressive 17 under par which was a decent effort, equal to three of the last four champions. The spare in that run was Gary Woodland in 2018 when scoring 18 under par.

Simpson is back in attendance and out to successfully defend the title.

He’s an eye-catching price to do just that with William Hill offering odds of 16/1 on Webb to snare another trophy.

It’s worth noting that if Simpson were to defend the Phoenix Open, he wouldn’t be the first player to do so. Hideki Matsuyama was the star in 2017 and showed the skill and character to repeat the feat in 2018. Hideki Matsuyama offers a decent alternative. His course form makes the 22/1 offered by the trading team at William Hill look a generous offer.

Follow all four days of play from the Phoenix Open live on Sky Sports. We get underway at 14:30 GMT. Each of the online bookmakers mentioned on this page offers both pre-game and in-play betting markets.

When paying close attention to the stats attached to recent Phoenix Opens, we are surprised to report Webb Simpson was victorious last year but had to come through a playoff to ensure he banked the winner’s cheque.

That may not seem too surprising at first glance, but when we tell you that four of the last five winners, between 2016 and 2020, have won via a playoff, we begin to get a clearer idea of what to expect. This week’s Phoenix Open will be a high scoring affair with accuracy off the tee more important than distance and power.

Players who remain calm on the greens will set themselves apart from the chasing pack, however. It would come as no surprise to see this year’s Phoenix Open go right down to the wire once again. Armchair fans certainly hope that’s the case.

The trends also show it’s worth taking on the betting favourites with a big price runner winning each of the last five titles. That will be music to the ears of value hunters. We give a chance to Hideki Matsuyama who knows how to win here.