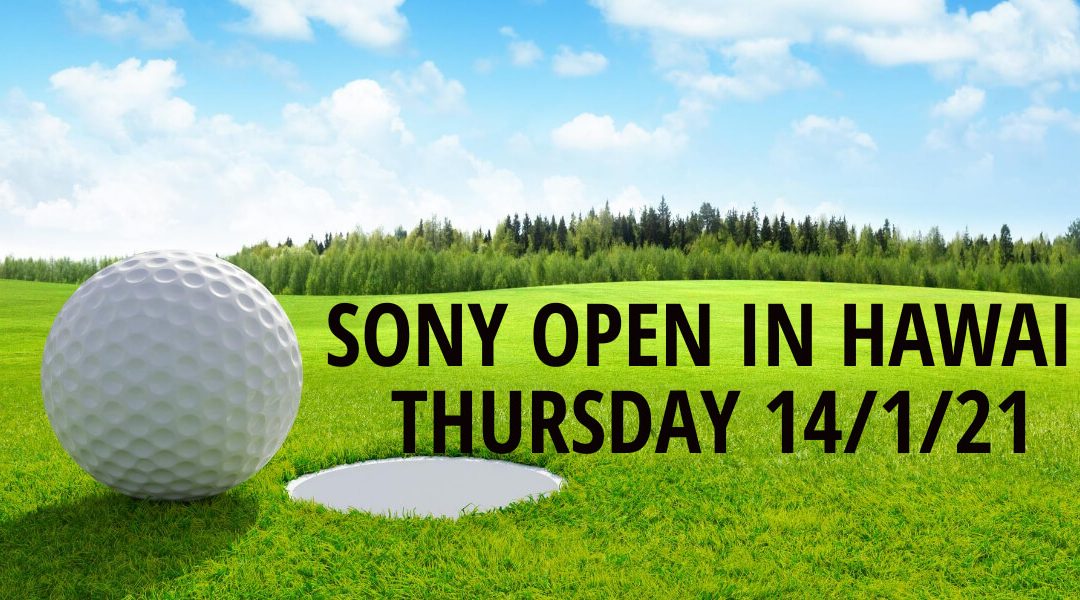 The highlight of this week’s golf schedule comes in the form of the Sony Open in Hawaii as the PGA Tour descends on Waialae. This will be the 56th running of the tournament, first played back in 1920, which has produced some memorable winners over the years.

Smith back to defend

Waialae County Club plays host to some of the top names on the PGA Tour this week with Webb Simpson, Collin Morikawa and Harris English in attendance and dominating the pre-competition betting at all major sportsbooks.

Cameron Smith won the 2020 version of the Sony Open in Hawaii, carding a winning score of -11 but he had to come through a tense playoff to get his hands on the prize money. Smith is back in the running and back to defend his title, but oddsmakers seem to have put a line through his chances, and he’s much further down the outright betting list than you’d maybe expect to find a recent winner. His form and odds are likely to attract the attention of value hunters.

On the final day, Smith produced the goods to win this trophy last year, staging a late smash and grab after entering Sunday in second place and trailing the leader by three points. The traders also wrote him off on that occasion due to a surprising lack of accuracy off the tee, but it was his cool head with the putter in hand that saw him finish in pole position.

Four days of play begin at midnight on Thursday, and you can follow the action live on Sky Sports.

Last week, Harris English stole the headlines when winning a playoff against Joaquin Niemann to scoop the Sentry Tournament of Champions. He birdied the deciding hole to see off his opponent and collect what was only his third title on tour, ending a painful seven years wait for glory.

It’s worth noting English doesn’t only arrive in winning form, he has handled himself well at this venue in the past. He impressed with a third-place finish back in 2015, improving a place from his efforts in 2014. The talented 31-year-old from Georgia will enter relaxed, confident, and ready to continue his winning ways.

The stats associated with the Sony Open in Hawaii suggest this will be another close contest with plenty of drama. Cameron Smith needed a playoff last year, and that was the second extra hole in three renewals, Patton Kizzire scraping through in 2018 thanks to a winning score of -17.

This may be a competitive field, but it should be a high scoring affair. This is backed up by the trends with three of the last five winners finishing with a score of -20 or better. The experience and style of play make Matt Kuchar a worthy pick this week.

Both sides came into this fixture with great form. Before the weekend's win against Sociedad, Sevilla conceded three goals in seven La Liga games. Atleti's defence stability is well known as Jan Oblak already kept ten clean sheets in the league. This could be a hard-fought game with fewer goal-scoring opportunities in both ends.